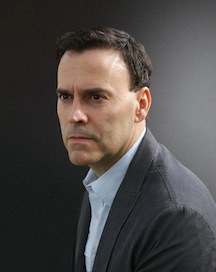 Everyone knows about Scott Fitzgerald, writer of the semi-autobiographical “The Great Gatsby,” the latest lavish film version at your local theaters now. Scott’s wife Zelda was the quintessential flapper and party girl. Together, they were the glamorous “It” couple of the Roaring Twenties, icons of the Jazz Age, first in New York and then as famous American ex-pats in Paris, hanging out with Hemingway and Gertrude Stein and that hip gang. With the release of the Hollywood film, no less than four books have been freshly published about Zelda and/or Scott and Zelda.

“Beautiful Fools,” an immensely human and tender novel, is the contribution of R. Clifton Spargo, a Chicago-based writer and cultural critic who pens “The HI/LO,” a blog for the Huffington Post. An Arts Fellow at the Iowa Writers’ Workshop, he has published many stories and essays, and this is his first novel.

In an unconventional look at the couple, Spargo’s book is not set during the Fitzgeralds’ mythic heyday. He tells their story in the next decade, after the fall. Now broken by mental illness, alcoholism, adulterous relationships and financial ruin, Zelda is institutionalized on the East Coast while Scott is living in California and has a girlfriend. Spargo’s book tells the tale of the couple’s final meeting on holiday together in Cuba during the end of the 1930s—a trip about which very little is actually known.

Why Cuba? Why do you make your entire book about this one week in their lives?
Fitzgerald was one of my first literary loves. Along with James Joyce, I would say he inspired me to want to be a writer. So I’ve studied his books, I’ve taught his books, and I knew a lot about his biography over time and also became very familiar with Zelda’s part in the story of his life. So you have this famous couple with these richly documented lives, and I became fascinated by the fact that there is this absolutely missing last chapter. You can read everything about Scott and Zelda and you can’t find anything about this trip to Cuba, not more than maybe two sentences, and it’s the last time the two of them would ever spend together.

So, this Cuba trip was significant as their final break-up?
No, they didn’t break up. What is amazing is that despite tremendous adversity, their relationship never really broke. They found a way to cope and be loyal to each other even when they couldn’t be together. This final trip they took together had long intrigued me, and I wrote my book about it because it is as much about Scott and Zelda as it is about any of us having one last week with the love of our life and not knowing it’s the last time you will ever be together. My book is about last chances and holding onto hope, even maybe against a realistic impossibility. 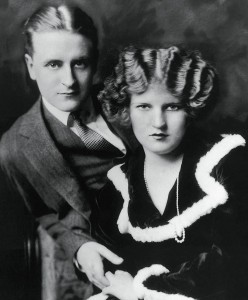 Zelda is generally perceived as a vapid muse whose mental illness and extravagant spending ruined her husband financially and creatively. The authors of the other recent Zelda books have set out to correct that misconception, generally portraying Scott as a selfish husband who not only stole Zelda’s words and her personal story, but prevented her from realizing her potential as a writer. Are you overlooking that issue?
I certainly believe that Zelda was far more than a mere muse or celebrity wife. She was definitely Scott’s creative collaborator and was an extraordinary personality, which is why she is, in effect, the center of my novel. Scott and Zelda were both flawed and fascinating people. If you believe that Zelda has been wronged by history, there is good reason to defend her. But my goal was different in that I’m defending the relationship. This is a story about two people who sometimes had a dysfunctional relationship, although it might really be more that they had dysfunctional situations, and the relationship at times was their best means of coping with their own lives. So I think the relationship did as much for them as it did to hinder either one of them.

So, while the other authors are using the creative license that comes with writing biographical fiction as a means to fill in some gaps and elevate Zelda to her deserved place in history, you are using your creative freedom to fill in the gaps of this Cuba trip, in order to advance the love story.
Yes, I wanted to write a love story. I think this is something that fiction can do that biography can’t. You can get inside the imaginative life of a person. That’s what drives me as a fiction writer, the way you get to occupy that deep psychological space and deep emotional space and put yourself inside of history but as we really experience it as people. For me, the novelist’s job is to ask questions, to explore the gaps and spaces that are left by history. H.L. Mencken was a famous critic in Fitzgerald’s day and a friend of Scott, and he once said, “Show me a historian and I’ll show you a failed novelist.” The point is that historians are also storytellers. They have to assemble from facts a narrative, and sometimes we start to read history and biography as if it’s the only way a story can be told, and literature reminds us that in any given life there is so much of the everyday that gets left out. So as a fiction writer, I get to go into this and say, “Let’s pay attention to all the other stuff. Let’s pay attention to the drama of the heart.”

Do you consider yourself a Romantic?
Yes. As did Scott. As a matter of fact, I wrote my undergraduate thesis on the Romantic poets. I also did research on the British and American Romantics in graduate school at Yale. I am very drawn to that strain in literature, and Fitzgerald is part of the American Romantic tradition very strongly. 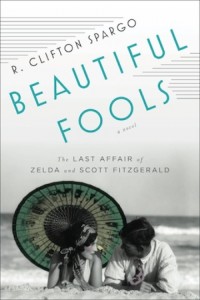 But is it relevant today?
Remember, historically, Romanticism emerged as a reaction against the strict scientific rationalism of the Enlightenment. Though it is associated with emotion as a means of expression, it’s also about the cultural renewal of idealism. For me, Romanticism as a tradition in American literature is about the need to project some ideal version of ourselves into the future—in order to improve ourselves and our world.

Okay, that was fine for Fitzgerald, but isn’t that out of fashion these days? I mean, haven’t we come to realize that Romanticism is naïve?
I don’t think it’s naïve. It’s hopeful. For example, Gatsby is not a great person overall. What mattered about Gatsby is he had an ideal. Scott admired that, and I admire that. I believe in ideals. As a novelist, you do have to look at life very realistically, but I like literature that longs for something and hopes for something and dreams for something. I wanted to tell a story of a twenty-year marriage that saw tremendous peaks and tremendous lows, and it was not any one person’s fault. Scott was an alcoholic, and in the twenty-first century we now understand that alcoholism is not just a personal pathology, it’s a disease. He also was someone who suffered tremendously from depression, and his depression was exacerbated by what happened to Zelda. Zelda was mentally ill. She was diagnosed by the doctors of the day as schizophrenic. Her care was a major financial burden to Scott. Both of these people are trying to cope with a tremendous set of problems.

I’m interested in their bond with each other after so much has gone wrong. They were brave in the face of adversity. They were still idealistic. Even if the reader decides that they could never make a go of it in day-to-day reality, you would still feel the love between them in reading this book. I wanted to tell the story of ways that love works, not always practically, but still with tremendous devotion and loyalty.

Do you think that is authentic? Do you think you are glamorizing a fantasy notion of love?
I do think there is legitimate hope in what Scott and Zelda did—all the attempts at reunion and efforts to reconstitute themselves. There might be elements of self-deception, but we all need a certain amount of delusion to get by in life, and I think that is also a part of the way that we become better and grow toward possibility. So I wanted some of that possibility and hope to come through, despite what we know is a tragic ending.

So, you concede that this story is a tragedy? Ill-fated love? Do you believe in Fate as the Greeks defined it?
Well, when you work with an historical story, you quite literally are dealing with something that is fatalistic in the original sense of the word—as something predicted, because we already know how it turns out in the end. There is only so much room for what can happen. If anything, I’m pushing very hard to give at least some room for the happy ending. But that is one of the key elements of Greek tragedy; those are all famous myths and stories that are being re-told, so you already know the ending. In almost every tragedy, you go in knowing how it ends. But how it makes you feel as you move toward that end—that’s the life and spirit of tragedy, as I see it.

But is this type of love real? Or is it just impossible longing turned into myth?
I’ve always thought that imaginative literature is especially important for its capacity to ask hard questions, sometimes to ask unanswerable questions—to take us as much to what we don’t know as to what we do know and to show us how those two things intersect. It’s about the messiness in between. To me, that’s what literature does that other forms of narrative or prose can’t quite do. It gets us to that true complexity of life—yes, real. It makes us feel and live the real drama, beyond just a chronology of facts.

You dedicated this novel to Anne, who happens to be my neighbor, so I know a little about your relationship with her. I see several parallels between your story with Anne and Scott’s story with Zelda—in terms of the romance, the friendship, trauma you endured together, plus the professional and creative connection. (See Spargo’s published short stories “Anne, Afterward” and “The Death of Animals.”) It seems to me that your relationship with Anne was some sort of model for your conception of Scott and Zelda, or vice versa. Do you agree?
Of course, my own experiences of heartbreak over the suffering of someone who I’ve been with for so long would inform how I would render Scott and Zelda as they deal with suffering and one another.

Scott Fitzgerald famously portrayed his own life with thinly veiled autobiographical novels. Have you used Scott and Zelda’s biography as a way to portray your own life? Is that another layer you’ve added to this tradition of biographical fiction?
I think as a writer that often stories choose you more than you choose them. If you’ve had an experience where you’ve almost lost someone you love dearly, as I have, then that kind of story—love brought to the brink of extreme adversity—is going to resonate with you. No, I don’t see this book as a veiled autobiography. However, “Beautiful Fools” is a story of enduring love—long term, with many complexities. Yes, there is that same theme in my life and in Scott and Zelda’s. There is a great Bob Dylan line from Brownsville Girl, one of my favorite Dylan songs. “Strange how people who suffer together have stronger connections than people who are most content.”