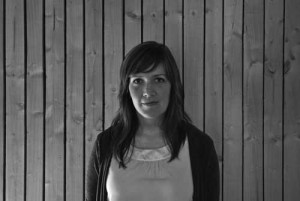 Gritty and oftentimes unsettling, Lindsay Hunter’s new short-story collection, “Don’t Kiss Me,” features a cast of fierce and lonely characters: there’s Peggy Paula, who admires the popular girls from afar while she works the night shift at Perkins;  a defeated woman who obsesses over a candle-store clerk and the son she never knew; a teenage girl who finds meaning on the bench seat of a boy’s pick-up truck and on the mouth of a shop teacher; the grown adult who believes a nine-year old is her boyfriend. Through these faces, Lindsay captures a unique, overarching sense of place in the mundane Circle Ks, Dairy Queens and school dance halls of America. Even the nameless characters in  “Don’t Kiss Me” are as tangible and unforgettable as their grim realities.

Hunter, who is currently working on a novel for FSG Originals, is also the author of “Daddy’s” and the co-founder and co-host of Quickies, a Chicago based flash-fiction reading series.

I had the opportunity to chat on the phone a few weeks before “Don’t Kiss Me” was published. We discussed how Chicago has influenced her work, her writing process, and what it’s like working with a “big press.”

You dedicate “Don’t Kiss Me” to Chicago. How has Chicago and its literary community influenced your work?

So much. I never expected to be completely enfolded and welcomed into the writing community. Chicago was the first community that sort of said, “Hey this is awesome, keep going.” Chicago lets their writers let their freak flags fly. We can pretty much lay it out there and do what we want to do and if it’s authentic, if it fee­­­­ls authentic, it pretty much is gonna be welcomed. ­­­I have Chicago to thank for my voice. That’s where I found it. You know, at grad school and as I started to read out more. I felt like I could write what I really wanted to write and what was really inside me. I feel like I owe everything to Chicago.

Originally, you’re from Central Florida. When you write, do you ever go back to Florida, to where you’re from?

I would say that all my stories are set in Florida. They all begin there. It’s such a part of me. Even now, my body rejects winter. It rejects the lack of sun. I feel like, especially with “Daddy’s,” they were all set in Florida or in the south. Same thing for “Don’t Kiss Me,” though I do feel like there are some stories that don’t necessarily feel of that place as strongly.

You were recently interviewed by The Short Form, a website dedicated to recommending short stories and highlighting their writers. In the interview you described your writing process as starting with a sentence and following it down a road. Can you expand on this?

I sit down for maybe the span of a full breath of a story, an inhale and an exhale. ­­­I trust wherever the story is taking me. I know that sounds tragic and mystical and, you know, not true. But it really is true. I try to be true to what I’m seeing as I’m writing. I try not to force anything into the story that isn’t there. If I feel myself doing that, that’s when I know that I’m not really interested in what I’m writing. I abandon it and move onto something else. That’s for the flash fiction. I can sit down and write the entire thing in one sitting and I like it that way because it feels complete.

There are sometimes when I’ll start with, rather than a sentence, a sort of image I want to see. Why I’m having that image? Where that’s taking me? Things are revealed to me from that.

I try not to force things into it or read into it, ’cause then I feel like the writer is showing their hand. I don’t want to do that. I want to reveal things that are little clues for the reader but aren’t necessarily big tells.

Some of the stories in “Don’t Kiss Me” are a bit untraditional in terms of form, voice and content. 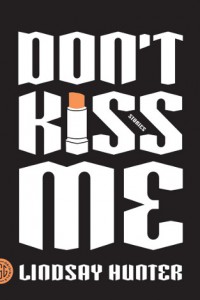 Many of these stories were published in other magazines. Still, did you ever find it hard to find a home for them?

When I was starting to want to be published, online publishing was sort of booming. It makes it easier for online publishers to put things out there because it’s not as expensive as a print magazine. The stakes don’t feel as high. So, I feel like you have a lot more freedom to publish things that you’re like, “This is pretty cool, I’m not entirely sure about, let me put it out there and see what people think.”

Thankfully I’ve had little resistance when I was putting stuff out there. There’s that one story in “Don’t Kiss Me” called “Our Man” which feels very experimental. That was actually published in the Experimental issue of MAKE magazine. I found the perfect home for it.

Speaking of online magazines, what are some of your favorites?

I read Hobart religiously. I think their taste is phenomenal. Pretty much, print or online issue, you’re going to find something that just wows you. That just sends you to your knees. And they have a press that puts books out which are always amazing.

Wigleaf is also a great online journal. Everything they choose is impeccable and perfect. I have found many writers on there that I had never heard of before. Wigleaf is a pretty famous one but they take chances on writers all the time.

When did you realize you had a short-story collection?

I put “Daddy’s” out and I was still writing short stories even as I was working on a novel. I was writing them for readings, because magazines were asking me for stories, and then I was writing them because I had them in my head. I realized in January of 2012 that I had a lot of them and that I could maybe put them into another book—which I wasn’t expecting. I thought my next book would be a novel. I pulled them together, the ones I loved most, and I sent it to Graywolf Press. I put on my blog that I had done that and the editor from FSG, who I had been talking to, Emily Bell, sort of said, “Hey I saw on your blog that you sent that out. Why didn’t you send that to me?”

I guess I had the impression that big houses would rather have a novel than a collection of flash fiction. I sent it to Emily and she loved it and wanted to see my novel as well. FSG ended up buying both of them.

It’s been amazing. Working with Featherproof for “Daddy’s” was very hands-on, which I appreciate and love. I didn’t know what to expect working with, quote, a big house. But, it was pretty much the same. Emily, my editor, involved me in basically everything. She’d make suggestions and if I didn’t agree with them I’d let her know and then she’d push back more or she wouldn’t. It’s very collaborative. I feel just as involved and heard as I did working with a small press.

Writing a novel, do you find that your writing process is different from writing flash-fiction?

You’re obviously not sitting down and writing it all at once, unless you’re Jack Kerouac on speed. I tend to write in bursts. I’m not the type of writer who gets up and goes to the desk every single day. I’m the type of writer who needs to schedule a week or a month away from work or something where I can completely immerse myself into it. You’re leaving it. You’re coming back to it. It’s a big hefty task and that’s why, you know, not everyone does it. It is difficult, but very worth it in the end. It’s exciting to see it start to take shape.

Each character in “Don’t Kiss Me” has a distinct voice and a dialect that indicates more about the story and place. This isn’t always easy to accomplish. Do you have any writing exercises or tricks that you use to capture this authenticity?

I feel like I’ve always had a good ear for dialogue and for how people speak. In my family growing up, and even today, we do impressions of people. Our favorite parts of movies are little moments where characters say something funny that isn’t meant to be funny and we repeat those things to each other.

Hearts in a Flash: A Review of Lindsay Hunter, Don’t Kiss Me | Frontier Psychiatrist