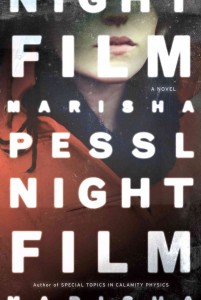 Marisha Pessl’s first book, “Special Topics in Calamity Physics, ” was an enthusiastic fish-out-of-water-story with an original voice. The twenty-eight-year old author was something of a publishing darling—beautiful and brilliant—although she received more than her fair share of criticism for precocious ambition. Full of literary calisthenics, Pessl averaged about one metaphor per page—but who doesn’t love metaphors?  The illustrations (also by the author), a few footnotes, and an ending comprising of a final exam caused a few to call “Twee!” but this reader happens to find those aspects rather charming.  Pessl had all the literary promise of Dave Eggers, Jonathan Safran Foer and David Foster Wallace.

After seven years, we finally get our hands on her second novel. “Night Film,” already optioned for a movie, is sure to delight fans and further frustrate detractors. Just flip through the pages for a quick impression—this book is liberally sprinkled with ephemera—copies of web pages, coffee-stained notes, photographs and newspaper clippings. It’s not mere gimmickry, there’s a real joy in Pessl’s exploration of the possibility of the page. Highly cinematic, flashes of red streak through this black-and-white noirish story.

In “Night Film,” Ashley Cordova, the daughter of a reclusive horror film director, Stanislas Cordova, has committed suicide. Reporter Scott McGrath turns gumshoe to investigate the death. The director is his Achilles heel—he disgraced himself years earlier by alleging without evidence that the horrors in his film extend to his life. The vague and ominous allegation that “There’s something he does to the children” is enough to send McGrath on the warpath, and he’s sure Ashley’s suicide has something to do with her mysterious father. All those bits of ephemera allow the reader to play detective alongside McGrath. 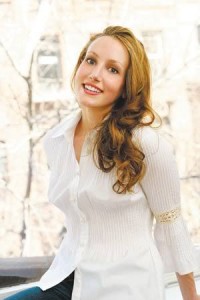 To put it in Pessl terms, the plot twists back and forth like a switchback trail up a mountainside. Or maybe… it has more twists than the Typhoon water-slide at Hurricane Harbor. McGrath and two oddball sidekicks follow clue to clue through Manhattan and the surrounding countryside. His extraneous partner, Nora, once checked Ashley’s coat, so the cliché of a NYC transplant—friendless orphan, wannabe actress—firmly attaches herself to the case. By turns their findings are absurd, but seen through McGrath’s pragmatic gaze every step is somehow reasonable. Tracing Ashley’s movements in her final days involves an invigorating romp through New York City—a breakout from a mental institution, the Waldorf Towers, the Hamptons, Piano Row, backrooms of magic shops and well-heeled apartments on the Upper East Side. The dark world of Cordova’s “night films” creeps more and more into this often quite funny novel; Pessl briefly outlines each of his cult classics, and the unseen films have a way of sneaking into the subconscious. In “Thumbscrew,” “Brad, a handsome professor of medieval studies at a small liberal arts college in rural Vermont, is newly married to Emily, a young woman with a lurid imagination.  She becomes preoccupied with a string of local unsolved murders of young boys, every one eight years old, and begins to suspect her husband is the killer.”  The plots sound innocuous enough, but Pessl’s descriptions of the secrecy  surrounding these dark films lends them a Hitchcockian air. Around the time you start thinking, “That’s great but what’s the point?” she hits you with Cordova’s philosophy of “Freak the ferocious out.” His slogan is “Sovereign, Deadly, Perfect”—a cri de coeur to live life to the fullest. It’s led some of his followers to recreate the actions in his films.  Finally the rumors about Cordova’s family and his cult followers push this suspenseful mystery from amusing to downright creepy, but you might not realize it until you turn out the lights at the end of the night—and have a sudden urge to turn them back on again.  (Kelly Roark)