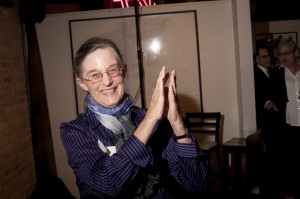 When Chicago Review Press was created in 1973, founders Curt and Linda Matthews operated the press out of their basement. Initial titles failed to earn an income that could keep the press afloat. That changed in 1975, when Michael Mann Productions purchased the rights to “Home Invaders: Confessions of a Cat Burglar,” written by Frank Hohimer while incarcerated at Joliet Correctional Center. The film rights were renewed every subsequent year until the film was finally released in 1981. Buoyed by this success, the Matthews moved operations to an office in River North and began to publish more titles. In 1987, the company purchased Independent Publishers Group (IPG). Chicago Review Press now publishes about sixty new titles each year, and currently has more than 650 in print.

This year marks Chicago Review Press’ fortieth anniversary–a laudable achievement for any company, and especially for an independent publishing company. Publisher Cynthia Sherry has been with the company for nearly twenty-five years, and was kind enough to answer my questions about the drama of the digital age, about the equally maddening and thrilling work of publishing books.

As a publisher of an independent press, what does it mean to you to have reached a fortieth anniversary? What do you think is responsible for CRP’s success?
Publishing is a precarious business and to simply survive in the industry for forty years is a real accomplishment. But I think the real key to our success has been to remain financially conservative while still taking risks creatively. We carefully budget our books, keep our print runs modest, and don’t pay large advances, but we are also willing to take chances on first-time authors and to explore new genres. Our openness to quirky, edgy projects has landed us some surprising bestsellers like “Outwitting Squirrels,” “Backyard Ballistics,” “The Mole People” and “My Bloody Life.” 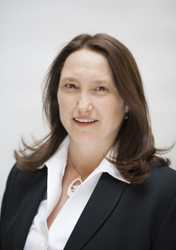 How has Chicago Review Press weathered the evolution of digital publishing? What are some of the greatest struggles the press has encountered?
Chicago Review Press has always been a flexible, tech-savvy company. We embraced the shift to digital publishing early on when it began with desktop publishing, direct-to-plate printing, and online editing. When e-book technology became available, we quickly converted our entire backlist to all the major e-book formats and we haven’t looked back. Right now we are excited about offering an e-book upgrade to anyone who buys one of our print books. And we are focused on building more community around our books and creating more opportunities for online marketing directly targeting our readers. The biggest challenge for us in the shift to digital has been dealing with the dominance of Amazon.com in the e-book business. Amazon wields a worrisome amount of power in the book industry. The good news is that there are a lot of new avenues for selling books and e-books outside of Amazon and we are exploring all of them.

What about Chicago’s literary scene is most exciting to you? A lot of people make comparisons between New York and Chicago, but I’m not sure that’s fair. What are your thoughts?
The publishing community in Chicago is not as well organized or as established as it is in New York, but that’s changing. There are a lot of independent publishers in the Chicago area who are doing some exciting things in publishing and are engaged in the wider publishing community, places like Agate Publishing, Sourcebooks and Featherproof Books. I recently participated on a publishing panel at the Chicago Writers Convention held last month at the Harold Washington Library, and the place was packed with authors of both fiction and nonfiction, editors, local literary agents and publishers, you name it. It was pretty exciting to see such enthusiasm for publishing here in Chicago.

In recent years, a number of small publishers have emerged in Chicago and seem to have found some measure of success. What do you think is in the future for Chicago’s independent publishing scene?
I think the future is bright for Chicago’s independent publishers. All the new e-book technology and online sales avenues makes it easier and less expensive to publish books and to sell books, thereby leveling the playing field with the larger New York publishing houses. Chicago is very hip right now. It’s a great place for writers and artists to work and that’s fueling the indie publisher renaissance in this city.

I spoke this summer with the Friends of Blackstone Library, an organization that supports Blackstone Library (a CPL branch located on the South Side), about the segregation of Chicago’s literary scene. For instance, the majority of lit events occur on the North Side. Why do you think that is?
That’s a really good point. I am not sure why that is, but I would like to see it change. I am really interested in the South Side of Chicago and the South Side publishing community. We have a number of authors who live on the South Side and many of the books we publish under our Lawrence Hill Books imprint are on topics that are of particular interest to South Side residents including “The Cool Gent,” Herb Kent’s autobiography, “The Assassination of Fred Hampton” by Jeffrey Haas and “The Almighty Black P Stone Nation” by Natalie Moore and Lance Williams. We have had some great events in South Side neighborhoods featuring those books and authors, but we could do more to bridge that gap with all of our authors and titles.