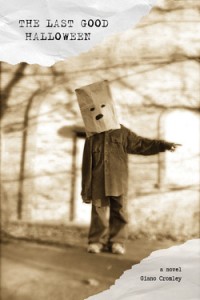 Around the halfway point of Giano Cromley’s debut novel, “The Last Good Halloween, ” protagonist Kirby Russo is told by his reserved sidekick Julian that “I just realized this is like that Ferris Bueller movie.” Kirby quickly assures Julian that “What we’re doing is nothing like that movie, ” but you can’t blame him for the comparison. After all, “The Last Good Halloween” is set in the eighties and features two young guys and a girl skipping school for a drive in the most cowed of the three’s father’s prized automobile. (In this case the drive is on Halloween 1988 and the car a 1969 Plymouth Roadrunner.) But as Kirby says, unlike Ferris they’re “on a mission,” and anyways Kirby’s grand rebellion much more resembles that of another smart-mouthed teenager’s: Holden Caulfield.

Kirby Russo is a member of that long line of literary protagonists that have come in the wake of JD Salinger’s most famous creation. Just as Holden calls everyone out as phony, Kirby refers to the majority of his parental figures by their first names, save for his actual father, whom he refers to as “Original Biological Contributor.” Also like Holden, Kirby takes a certain pride in his middling academic performance and claims not to be that smart. This is because Kirby is the kind of wounded asshole who you can’t help but feel bad for even as he willingly alienates the people he wants, and needs, to take him seriously.

Kirby’s wounds stem from his mom Debbie’s ever-changing choice of life partners. Thus Kirby’s mission is incited when Bradley, his longest-tenured stepfather, gets replaced overnight by his neighbor “Uncle Harley.” Kirby establishes a political binary, calling Bradley “The stepfather equivalent of Ronald Reagan” in contrast to “the Insurgent Uncle Harley,” who Kirby freely associates with the failed democratic candidate Michael Dukakis. At the loss of the closest thing that Kirby has to a father, Kirby travels across Montana in an attempt to reinstall Bradley, or at the very least figure out why he got the boot.

Those familiar with “Catcher In the Rye” won’t be too surprised by what results from Kirby’s rebellion: the far likelier result of a Ferris Buellerian escapade. What thankfully separates Kirby’s failed rebellion from Holden’s is Kirby’s accompaniment by a pair who genuinely want to help him, despite Kirby’s occasional assholishness. The aforementioned Julian Miller provides contrast and reflection; unlike Kirby, Julian comes from a seemingly stable Christian nuclear family, but it’s clear early that the Miller family atom is on the verge of splitting as badly as Kirby’s has. The other companion, punk girl Izzy, provides Kirby with an intelligent and funny love interest. Despite her being high on shoe rubber in her first scene, Izzy has a maturity that Kirby lacks, a sexuality that Kirby wants to explore, and a tendency to make pointed literary references. She has enough of an inner life that it’s clear that she’s not just a shallow interest, but the shame is that Kirby’s too self-involved to explore her fully.

And therein lies the paradox of “The Last Good Halloween.” It gets a lot of things right about the teenage experience: the bad decisions, the awkward sexuality, and the narrow-minded perspective. In capturing the last one, Cromley made the decision to have Kirby tell us the story in the first person present tense, putting the reader in Kirby’s head as things happen. I’m not entirely convinced it was the right choice, as Kirby doesn’t entirely sound like he’s fifteen. Sure, he has the attitude, but he’s too verbose. Cromley tries to cover this point with a frequently mentioned childhood obsession with vocabulary-building books, but I can’t help but feel that the story would have been better served if Kirby told us his tale in the reflective voice. Not only would Kirby have sounded authentic, but the distance would have treated the reader to a perspective that is clearly impossible for Kirby to have in the present action.

Still, “The Last Good Halloween” does enough right that it’s a good read even if it isn’t a great one. I imagine readers will have the same problem with Kirby that many have with Holden, but I’ve always thought that the endurance of “Catcher in the Rye” came from its unflinching depiction of what it’s like to be an American teenager. It helps that Kirby is a particularly Generation-X variety of Holden Caulfield, borne of a time when a brand of American Traditionalism tried to reassert itself over the messy realities of people’s lives. There’s a powerful irony in Kirby’s search for a father in a country that supposedly had a clear patriarch. (Brendan Tynan Buck)