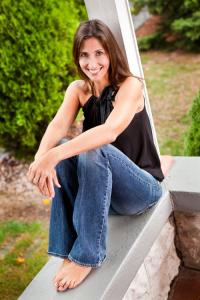 Leslie Stella’s “Permanent Record” follows teenage boy Badi Hessamizadeh, an Iranian-American in post-9/11 America, who wishes to be a normal high-school student. After an incident with blowing up the school’s toilet, Badi is encouraged to attend a new school, where his name is stripped down to Bud Hess and he tries to get involved by writing for the school newspaper. But when mysterious threatening letters appear in the school newspaper, Badi’s troubled past and his much hated nickname, “towelhead,” come back to haunt him, and to prove his innocence, he must find out who’s the one writing all the letters.

After writing three adult novels, what inspired “Permanent Record?”
The idea first emerged as adult fiction about ten years ago. I wrote the book with the same setting (a Chicago private school) and some of the same characters, but from the perspective of a teacher who no longer appears in the book. (Badi, the protagonist in “Permanent Record,” appeared in that version, but as a supporting character.) That version didn’t work for a variety of reasons, so over the years and in between other projects, I rewrote it twice. I was drawn to something in that story over and over, and finally I had to figure out what it was. I realized what I had liked about the earlier versions were not the adult characters and their stories, but the teens.

As for the specific storyline, the escalating amount of school violence in our country, especially since Columbine, is horrifying. You see the faces of these killers all over the news with little to explain how they got there. I couldn’t stop thinking about it: how did they get to that point? Bullying, mental illness, lack of love, lack of family? I wanted to explore several themes that don’t fit neatly into talk-show soundbites or the ticker on news programs: bullying and the fine line between standing up for yourself and taking revenge; the cyclical effect of bullying and school violence, and how they feed off each other; the perpetrators themselves, and the idea that someone who fires back at those who have hurt him may not in fact be a monster, but a wounded human being.

What are some of the challenges of writing YA fiction?
With YA I have to be careful not to let bitterness or cynicism creep into the voice. Teens have a powerful drive to move forward, to “see what’s next,” as I think of it. There is a dramatic quality to the way they solve problems or get themselves out of bad situations, and I love that. Even if the teen character is sarcastic or angry, he is still motivated into action. They are not bitter, middle-aged losers who don’t understand how their lives turned out this way.

What drew you to make Badi of Iranian descent?
I chose to make Badi a first-generation Iranian-American for two reasons. First, I was profoundly affected by the experience of my neighbors in 2001, a Middle Eastern couple who had immigrated to the United States twenty years before (the wife from Iraq, and the husband from Lebanon). After 9/11, some ugly situations arose for them, always with strangers, simply because of their ethnicity. Second, the Persian background of Badi and his relatives was based on a family that my family was close to when I was in high school. I worked for them for several years at a store they owned, and my sister dated one of the brothers. I learned so much about Persian culture from them, and the dynamics within the family and what is expected of the children, and especially the difference between expectations of the daughters versus the sons.

Describe your research process for delving into Badi’s Iranian culture and his clinical depression.
As I mentioned, my research stems primarily from two families I knew, one from childhood and one from the last ten years. Interestingly, the two issues you mention are a double whammy, because in Middle Eastern culture, even admitting you struggle with mental illness shames the family. In the story, Badi’s parents cringe and turn away when he speaks of his psychiatrist or his depression; how are you supposed to get better when your parents don’t want to admit you need help? In that sense, our culture, too, stigmatizes mental illness: Why aren’t you happy? What’s wrong with you? You have so much to be grateful for. Get off the couch. It’s like people are personally offended if your brain processes things differently than theirs. Anxiety and depression are things I have struggled with all my life. So I would want my readers to know that clinical depression is an illness. It’s real. It affects how you breathe and see and feel and think. It’s so incredibly painful. Have compassion for those who suffer, and have hope if you are the one suffering.

How did you put yourself into the shoes of a young male teenager? 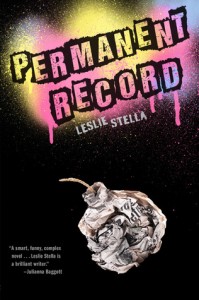 I never thought, “How do I get into the mind of a boy?” as much as I thought, “Who is this particular person?” Badi and his close friend Reggie are not typical pop-culture renditions of boys. Badi is a little bit of the teenager I was and a lot of the person I wish I had been. Not that I wish I had taken revenge on my classmates they way he tried to, but I love that he refused to just lay down and take the abuse that they dealt him. It was important to me to create a conflicted hero, a boy who was flawed and damaged, but one we would root for.

How do you get into the writing mood?
I am the mother of two school-age children and I work part-time in addition to writing, so I have learned to be productive under the most slender of circumstances. Get up at 5am and write for an hour and a half before everyone gets up? Okay. Put in a couple hours after they go to bed? Sure. I’ll also snatch a few hours on the weekend to go write at the library while my husband entertains the kids—whatever it takes. I don’t have the luxury of a writing mood, nor the excuse of writer’s block; this is my work. I am not an artist so much as a craftsman, and I have to figure out the best way to get this work done. Now that I have kids, my brain works differently, perhaps even more efficiently, now that the demands on my time are greater.

What was one of the first indications in your life that you’d be a writer?
I have never wanted to do anything else. Never. I’m not good at anything else, not interested in anything else. I remember being in kindergarten and telling my mother I wanted to “write books at home” (i.e., not go out to a job). My parents humored this aspiration because, after all, I come from a working-class Italian family! Being an author is not a career! I think they thought I’d grow out of it. My father worked in construction. My sister and I were the first in our family to go to college. My parents really longed for me to have a profession that they could explain to people. But now, at this point, they’ve given up and accepted that I will never be rich and I will always have to work multiple jobs because of this obsession I have with writing.

What hobbies or interests do you have that appear in your writing?
I think in every book I’ve written, Dungeons & Dragons makes an appearance. I played D&D throughout college and well past the age when other people were embarking on careers and marriages and lives. So being a writer allows me to immerse myself in role-playing all the livelong day. When writers talk about their characters “coming to life” and “taking over the story,” it just sounds like baloney. Writing is like D&D: I create my own worlds and characters; they don’t create me, and they don’t live without me. I’m the god.

What’s the next awesome idea  swirling in your brain?
Once the contract is final, I will post the details on my website (lesliestella.com), but I will say that my next YA novel is about a teenage girl at war with her dysfunctional and dangerous home life.