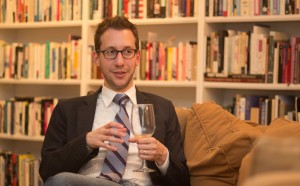 Charles Blackstone’s new novel “Vintage Attraction” chronicles the relationship between Peter Hapworth, a bored adjunct writing professor, and Isabelle Conway, a prominent sommelier and host of a local cable access show that shares the book’s title. Their story closely mirrors how Blackstone met and fell in love with his wife, local restaurateur and former host of “Check, Please!,” Alpana Singh.

The book was released this fall to mixed reviews, but Blackstone, who also serves as managing editor of the online publication Bookslut, says, “I appreciate the time that all reviewers spend with this book [….] I know that there will always be some who will jump to conclusions based on a quick read and overly simplistic assumptions. I don’t really consider that book reviewing, though. There have been a lot of reviewers—and readers—who have responded very deeply and intelligently to the book, and I’m grateful for that.”

I had the opportunity to speak with Blackstone in person at his home in the Gold Coast, and later over email. We talked about wine, pugs, the pressure to be a prolific writer, and the line between memoir and fiction. 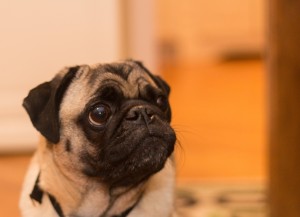 Parts of “Vintage Attraction” are travel writing, information about wine and food you collected while traveling in Greece. What was that process like?
I never thought I’d be a travel writer… [His pug of five years, Haruki Murakami, approaches the couch where we’re sitting.] Hey. What are you doing?

So much pug love.
There truly is. You know, I look at him everyday and think, you can get away with everything because you’re so cute.

He’s making me want a pug. Right now.
The pug owners are a crazy set.

In your twenties?
Yeah. I didn’t do a lot of that. What is interesting is how travel writing is revered and reviled at the same time. Historically, there are people who will travel log, and people will read it and love it. And then there are people who just can’t get away with it. I think wine writing has the same problem. It depends on who is doing it. I wanted a travel log component in this, because in some ways the entire book came about because of that initial trip, in March 2008. Exactly when the characters [in “Vintage Attraction”] go. I hate to say it was, you know, life-changing, but it opened up an entire world, an entire industry, I’d only ever read about. 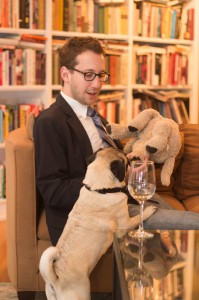 “Vintage Attraction” took four years to write, yes? What is your writing process like?
Terrible. Horrible. No structure at all (laughs). No… once I know it’s going on, my entire process of seeing the world changes. As soon as I’m in that mode, I’m collecting data. I’m having a very rigorous engagement with the stuff. I’m up at five in the morning… I like that time of the day. There’s something to be said for writing everyday, for spending some time with the thing, but I’ve never done that. I would like to. I’m not going to be one of those people that produces things that often. My colleagues who have done a book every two or three years complain about publishing too much…

What a terrible problem, to publish too much.
(Laughs.) Right. I don’t have that problem. That’s not for me, generating [work] that quickly. I can’t do it. Maybe it’s more that I don’t want to do it…? My stuff is largely based on, or at least connected to, where I am in the world. So, if in the four years it took me to do this thing, what if I had done two other things? What would they have looked like? I don’t know. This could just be an elaborate excuse for procrastination.

I don’t think you need to apologize.
With my first book, there was a form in six weeks. Then there were years of revising. But I couldn’t imagine being okay with it without reading it, thinking about it [.…] Some people are okay with just giving it to the world, but I need like, eight people to read it. 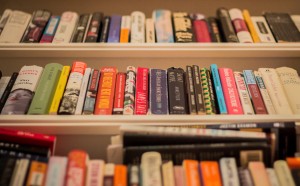 The book is closely autobiographical, so you’re the perfect candidate for that age-old question about memoir. Is it truth, or is it an excuse to decorate the truth?
Well, that came up with this book. I went through a few agents in the beginning, and some of them said, “This would be a lot easier to work with if you would just call this a memoir.” I looked at what was there, but the more interesting parts of the book are fiction. I’m sure I could have paid enough people to say, “That happened! I was there!” But…the invented versus the truth, I don’t know [….] I’m not a memoirist, but I think it’s a lot of rearranging and composite characters, bullshit disclaimers—

“This is how the author remembers it.”
Yeah! I read that, and I’m like, no, this is fiction.

Who are you reading right now?
I’ve been a distracted reader this year…but Kurt Vonnegut, and Nicholson Baker’s “The Traveling Sprinkler.” This book is fascinating because…well, it’s a smart character, and maybe there’s an architecture to it I can’t see, but it’s really just this wandering guy looking at things, having some insights, and moving onto another thing. I love that he gets away with it. I’m halfway through and I can’t tell you that anything has gone on. Well, I’ve read the back and know he gets into music again, but it’s just this guy that likes to shop and read, and he wants to take up chewing tobacco. But every sentence is pretty.Not “pretty” pretty, but they’re sentences I admire. 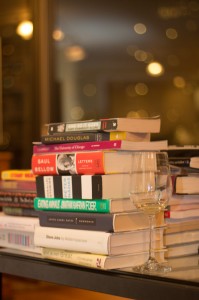 What are you working on now?
The thing I’ve begun started as a break in the process of [“Vintage Attraction”]. I am interested in the mid-thirties person. I’m thirty-six. I only know my generation via Facebook—everyone seems happy and everything. But I’m interested in this mid-life crisis character…she sold real estate for awhile, has some of the accoutrements—the big SUV, a gym membership.

The American Dream.
Yes. So, she starts feeling old, doesn’t know what she wants. The early draft is sort of a mess, but I want to go back and see what’s useable. I’m excited about it.