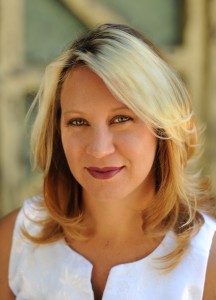 In “What We’ve Lost Is Nothing,” former Oak Park resident manager and journalist Rachel Snyder tells the story of what happens when two high-school girls stay home to try ecstasy the same afternoon their street is rocked by a series of home invasions. The neighborhood suspicions threaten to rip apart Oak Park’s suburban veneer of race and class harmony. An assistant professor in creative writing at American University in Washington, Snyder has written for The New Yorker and The New York Times Magazine, and has appeared frequently on National Public Radio. She published the investigative “Fugitive Denim: A Moving Story of People and Pants in the Borderless World of Global Trade” in 2007. “What We’ve Lost Is Nothing” is her first novel.

So what was the inspiration for “What We’ve Lost Is Nothing?”
I was accompanying an American military MIA mission in Vietnam, writing for a magazine, and a friend there told me this story of these robberies all in one night that happened in Georgia. The story stuck with me.

Why?
I just instantly saw fictional possibilities. It seemed so audacious, like more than a burglary. Usually a break-in is something random, but this felt like it wasn’t random, it was cocky. Even though I’m known as a journalist, I was trained with an MFA from Emerson, so I always had that part of my brain going, and this plot stayed with me.

Why did you name the street Ilios, from Homer, and use the epigraph from “The Iliad?”
I studied “The Iliad” while I was in Cambodia, and became obsessed with it. So the blogs and listservs in the book are Iliad-inspired. You know, the gods comment on the action, they know Achilles is fated to kill Hector, but they’re powerless to do anything. Come on, you’re gods, why can’t you do anything? I felt it was fertile territory for exploration. The bloggers in the story meditate on the burglaries, like waves in the community that go beyond the event itself.

My idea was that the suburbs are a Trojan Horse containing the seed of our destruction.
I love that. I do think of suburbs in that way, but I don’t think of Oak Park that way.

That brings the devil’s advocate question: My kids went to Oak Park River Forest High School, and almost every news article about Oak Park is about race. As a former resident manager, you worked against that reductionist view. Is the plot’s preoccupation with race a bit outdated?
In the book you don’t always know what is in the characters’ minds and what is not. That was the power to me. Sometimes, our minds work against our hearts. You want to be a better person and you’re not. I experienced that in Cambodia, where I wanted to be a better version of myself, but often failed.

That also goes to your background as a journalist writing a fictional work about a real place. What’s the relation between your fictional Oak Park and the real Oak Park? 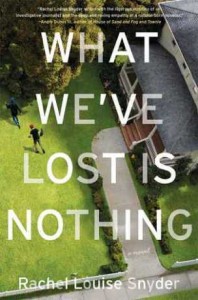 I didn’t set the book in Oak Park when I started. After I decided to write it, I happened to be back in Oak Park on my first book tour, in 2007. I thought this would be a great setting so I called the police chief, Robert Scianna, and he took me on a ride-around. Since 9/11 he was hearing a lot of hysteria about some fairly high-profile muggings, black-on-white crime, and questions about integration as a goal. He was so frustrated, because in 2007 crime was lower than it had been in twenty years. He really attributed it to the post-9/11 mood. That’s why I set it in 2004, in that period.

Fiction allowed me to have a deeper conversation about a topic than journalism could. It allowed me to explore things in different ways than in nonfiction. I was hyper-aware of not being preachy. But then, bloggers are preachy, that’s the way they are.

What about you—where did you grow up? What did you gain from your family?
We lived in Pittsburgh until I was eleven, after my mother died. When my dad remarried, we moved to the western suburbs of Chicago. My mother’s side were the writers: My grand-uncle was creator and executive producer of The Addams Family TV show. His twin brother, my grandfather, was a writer. My cousin, who lives in LA, is a poet.

What do you get from them?
My mother died when I was eight. So I saw her relatives like once a year. They became an idealized version of themselves. Then I dropped out of high school, I had drug problems, and eventually was kicked out of my house. My mother’s side gave me a vision of something different. They had PhDs. They were worldly. My grandfather was a professor at the University of Pennsylvania. I used to send him my rhyming poetry when I was a child and he would write a couple sentences of critique. They saved me. My mom made me keep journals. It became this thing I did. So she gave me the gift of writing, perhaps unintentionally.

You use a ton of your experiences in the book, from being a resident manager, to Cambodia, to writing about women as victims of abuse. How much of that was conscious?
None of that was conscious, except the resident manager stuff. I didn’t know where the book was going. The ending surprised me. I think these things swirled around like atoms and just came out the way they came out.

And why did you have your character reading James Baldwin to the blind man?
I took a class my sophomore year in college, the Literature of the Harlem Renaissance. When I read James Baldwin’s line, “The most dangerous creation of any society is the man who has nothing left to lose,” I felt the world open up. Not only did I understand the power of the written word, I felt someone had explained my life to me. I had been living as if I had nothing to lose. It may sound odd coming from a white woman, but I feel grateful to writers like James Baldwin.

“What We’ve Lost Is Nothing”
By Rachel Louise Snyder
Scribner, 320 pages, $25