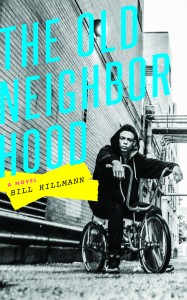 Bill Hillmann is a man who’s led many lives—a feared street brawler, an elite bull-runner in Spain, a gang affiliate, a Union construction laborer, a Chicago Gold Gloves champion, and the founder of the Windy City Story Slam. A charismatic and powerful Chicago storyteller, Hillman’s debut novel “The Old Neighborhood” has just been released by local indie press Curbside Splendor. In a promotional interview with Curbside senior editor  Jacob Knabb, Hillmann says that he “…wanted to write about violence and the effect it has on people, especially kids.”  No small task, this is what Hillmann accomplishes in “The Old Neighborhood.”

Set in Chicago’s Edgewater neighborhood in the 1990s, “The Old Neighborhood” follows Joey Walsh, a member of a large, multiracial family with strong and violent ties to their community. Joey grows up while racial tensions are high and the future of his neighborhood is uncertain. The Edgewater Joey and his family knows is changing and the neighborhood street gangs are willing to do whatever they think is necessary in order to gain full control of their community.

“The Old Neighborhood” flourishes when Hillmann describes Joey’s Edgewater and focuses on Joey’s daily interactions with family and friends. Like when Joey describes spending time with his Grandpa at their family’s summer house, or when Joey and his father are driving out of the city and toward the Skyway, “past Comiskey in that canyon-like valley,” or the novel’s opening scene in the beer garden at St. Greg’s Parish carnival, or those afternoons when Joey and his best friends Ryan and Angel watch over the neighborhood and shoot the shit from the windowsills at Edgewater Hospital. It’s during scenes like these that Joey’s voice is the strongest and  his world most alive. 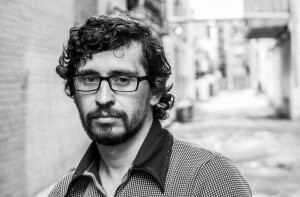 In that same interview with Knabb, Hillmann says that he thinks “you should write what you know.” Hillmann clearly knows Joey Walsh and his neighborhood and its complex and violent dynamics. There’s not a sentence in the novel that lacks authority. However there are times when Hillmann loses his reader.

This was especially true when Joey’s narrative distance became apparent. For instance, one moment Joey is eyeing rival gang members out of the window at Calo’s, a restaurant on Clark Street. The next moment he’s telling readers that it’s “kind of funny to think how the TJOs, the Stones, the Kings, and Spanish Cobras were all warring for power, but it’d end up the lesbians would take over the neighborhood. “ One chapter ends and the next opens, ten years in the future, with Joey and his brother reminiscing about the old neighborhood while working as laborers.

These time jumps jar you out of the place that Hillmann has spent so much time perfecting. Still, even with these moments of confusion, Hillmann’s knowledge of his subject matter and his description of place always prevail. “The Old Neighborhood” is a vivid and honest coming-of-age story about a neighborhood that, even with all its violence and loss, is still Joey Walsh’s beloved home. (Erin Nederbo)