11
Lindsay Hunter
Lindsay Hunter’s stories ain’t pretty. As Roxane Gay wrote at Electric Literature, “she is not afraid to write ugly… Her characters fart and piss and scratch and fuck. Hunter also writes about the kind of people we rarely see in contemporary fiction—there are no sons and daughters of privilege here, and her characters revel in who they are and where they come from.” Her story collections “Daddy’s,” from Featherproof Books, and “Don’t Kiss Me,” released last year from FSG, insist on placing the grotesque on display, tempering it with empathy, honesty and a fearlessness for portraying the heart and its often unpleasant complexities. If you were lucky enough to attend Quickies!, the live storytelling series Hunter co-curated until 2011, you’ll understand why the TimeOut Chicago named her the Best Live Lit performer of 2013. Lindsay Hunter is as strong a force on stage as she is on the page, and we couldn’t be more pleased to hear about her upcoming novel, “Ugly Girls,” which will be released by FSG on November 4.

12
Jesse Ball
When poet and novelist Jesse Ball’s “The Curfew” was published in 2011, one reviewer at Newcity compared his work to that of Kafka, Bradbury and Nabokov. In January, Pantheon released Jesse Ball’s ninth book, “Silence Once Begun,” and the praise has been just as enthusiastic. The LA Review of Books described it as “a wondrous and provocatively strange reading experience that places Jesse Ball among our most compelling and daring writers today.” Ball is admired for his spare, exquisitely nuanced style, and was awarded a Plimpton Prize in 2008, and earlier this year, he received a National Endowment for the Arts fellowship. He teaches creative writing at the School of the Art Institute.

13
Audrey Niffenegger
Even before she published her bestselling first novel, “The Time Traveler’s Wife” in 2003, Audrey Niffenegger was synonymous with books. With formal training from the Art Institute and an MFA from Northwestern, Niffenegger not only created gorgeous art books, like “The Three Incestuous Sisters,” she cofounded the Book and Paper Arts Center at Columbia College. While the success of “The Time Traveler’s Wife” paved the way for more fiction, including her wonderful follow-up “Her Fearful Symmetry,” Niffenegger has continued to create beautiful and haunting hybrids of art and story, such as 2010’s “The Night Bookmobile,” a graphic novel, and 2013’s “Raven Girl,” a dark fairytale that was simultaneously adapted into a ballet by Wayne McGregor. As for prose, Niffenegger currently has two novels in the works: “The Chinchilla Girl in Exile,” and a sequel of sorts to the “Time Traveler’s Wife.” 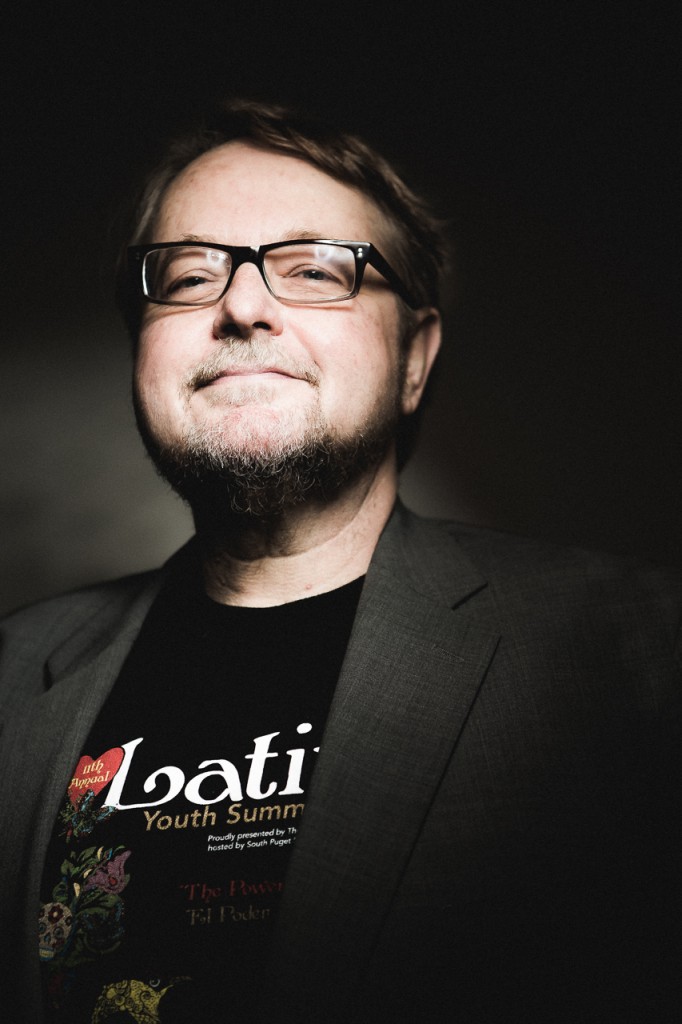 14
Luis Urrea
When Arizona legislators passed HB-2281 in early 2013, essentially banning Mexican-American curriculum in public schools, Luis Urrea found that six of his books had been banned by the Tucson Unified School Districts, among dozens of others. “I am doing what I can to make sure Latino books are part of the literary conversation,” Urrea says, and this is perhaps his greatest contribution to literature—his unwavering support and celebration of marginal voices. The author of three books of poetry, four novels (including “Into the Beautiful North,” which was recently selected for the NEA Big Read program), two memoirs, and three nonfiction titles (among them “Nobody’s Son,” which won the 1999 American Book Award), Urrea teaches creative writing at the University of Illinois Chicago.

15
Sara Paretsky
Though Sara Paretsky has been married to a physicist since 1976—to the now-retired University of Chicago professor Courtenay Wright—it was not till 2013’s “Critical Mass” that her creation, V.I. Warshawski, dove fully into that world. (Paretsky says, however, that “the first VI short story I wrote, ‘The Takamoku Joseki,’ was a Christmas present to him and featured a particle physicist who shared Courtenay’s passion for the Oriental board game, Go.”) But when VI got into physics, she did so with both a proverbial and literal bang, in a multilayered mystery that crossed continents and decades, connecting pre-Holocaust atomic research in war-bound Europe to modern-day for-profit research labs in the Chicago area. Heady stuff for a detective novel. But Paretsky’s never been a run-of-the-mill genre writer. The work of this Mystery Writers of America Grand Master is credited with transforming the role of women in what had been one of the most masculine of all arenas. Paretsky’s been off the VI beat a bit this year, with short stories published based on her father’s Cold War activities and a reimagining of Sherlock Holmes being upstaged by a woman drawn from fiction’s history. An eloquent advocate for causes she believes in, she’s looking forward to coaching this summer “at one of my favorite organizations, Girls in the Game.” No need to wonder where VI gets her spunk. 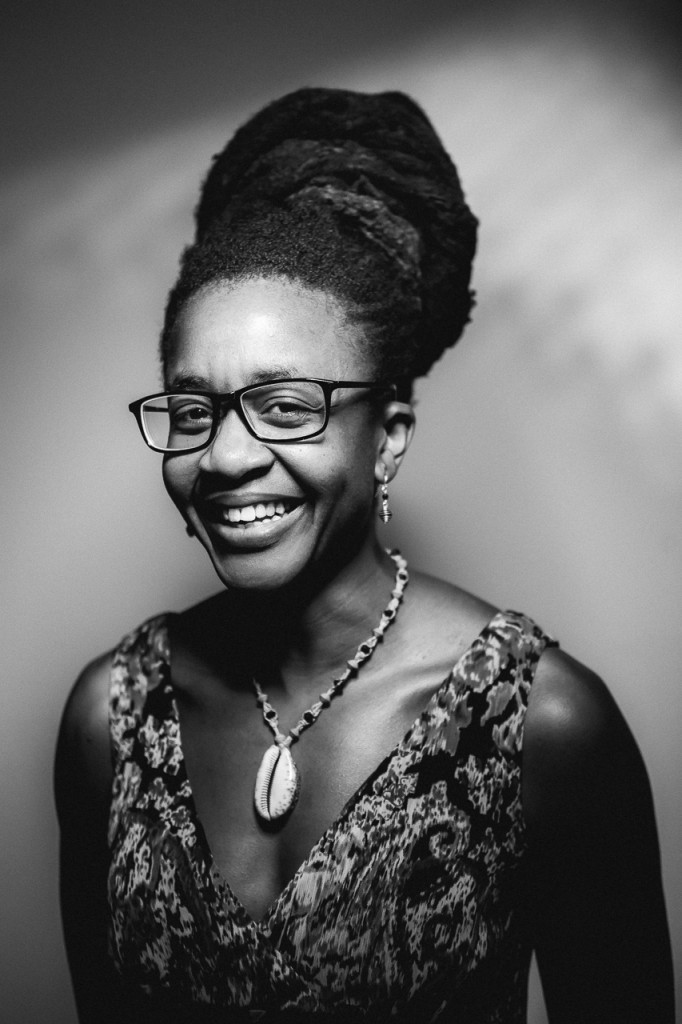 16
Nnedi Okorafor
Nnedi Okorafor was born in Chicago to Nigerian immigrants. A voracious reader as a child, Okorafor has now published seven books of speculative, science-fiction and horror fiction for adults and children in the U.S. and Nigeria, including her 2007 young-adult novel, “The Shadow Speaker,” which won the Carl Brandon Parallax Award that year, and her first adult novel, “Who Fears Death,” which won the 2011 World Fantasy Award. Okorafor also teaches writing at Chicago State University. Her books exhibit strong female characters, her West African heritage and American upbringing, and also explore themes of violence requisite to the horror genre. In an interview at Fantasy-Faction.com late last year, Okorafor says, “I don’t allow myself to flinch or look away. I don’t apologize and I face my own privileges, fears and shortcomings. In this way I can step into these moments and live them through my characters. Also, it certainly helps that I have a very active and powerful imagination.” Active may not suffice; Okorafor just published an alien-invasion novel, “Lagoon,” in April, and in early 2015, she’ll release “Akata Witch 2: Breaking Kola,” the follow-up to the first in a series, “Akata Witch.” 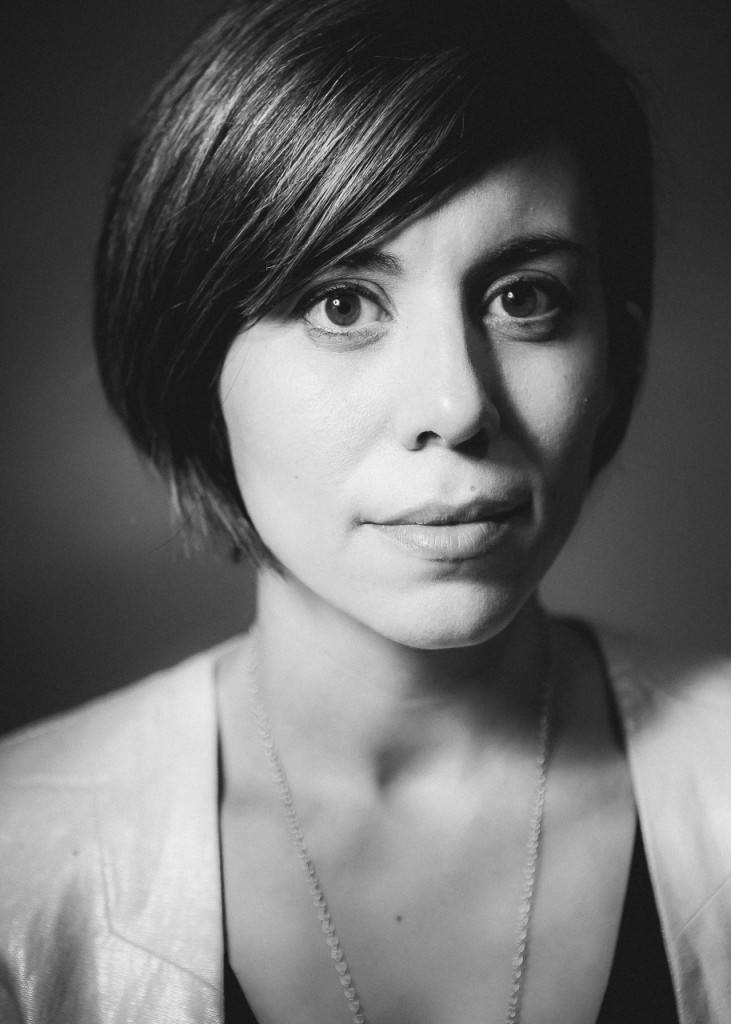 17
Cristina Henriquez
Booklist gave Cristina Henriquez’s “The Book of Unknown Americans,” out this month from Knopf, an enthusiastic starred review, describing it as “beautifully realized and brimming with feeling.” Henriquez’s previous books include “The World in Half” and “Come Together, Fall Apart,” which was selected as a New York Times Editors’ Choice. Her nonfiction and stories have appeared in the New Yorker, the Atlantic, Glimmer Train and Ploughshares. The enthusiasm for Henriquez’s work is widespread. The Millions listed “The Book of Unknown Americans” among their most anticipated books of 2014 and the LA Times listed Henriquez in their 2014 Faces to Watch. We will. 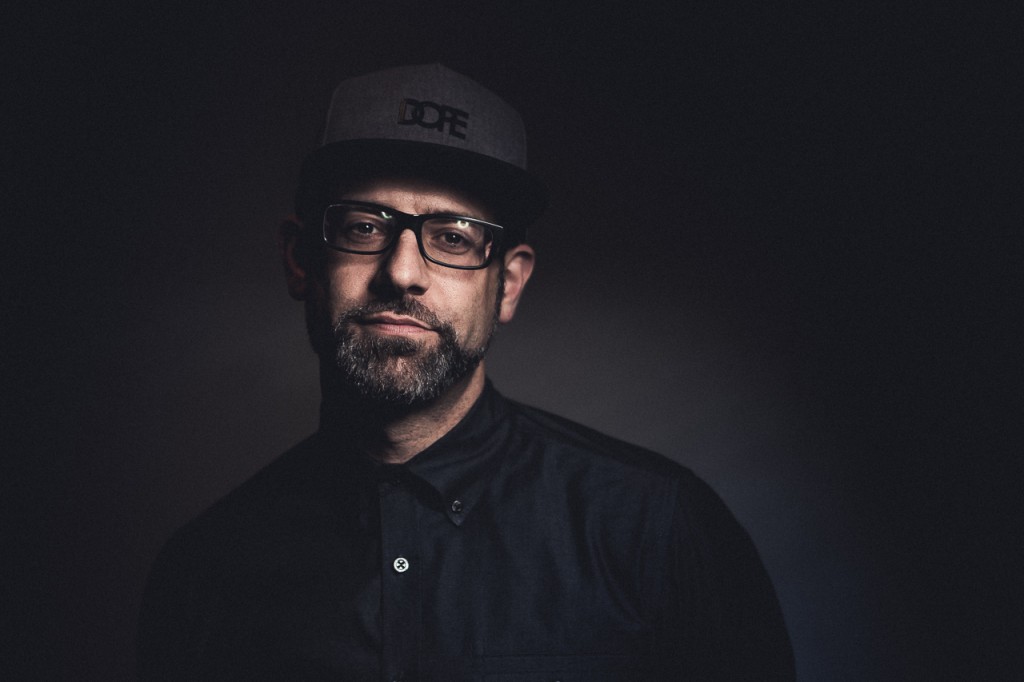 18
Kevin Coval
Listed in bold, all-caps letters at the top of his site as POET, EDUCATOR and ORGANIZER, Kevin Coval is on a formal mission. “Hip Hop asks one eternal question: what do you represent?” he says in a Def Jam Poetry session, soliloquizing about his youthful identity, torn between his Jewish heritage and his penchant for rap. “Louder Than A Bomb,” a program and annual competition for teenage writers and performers co-founded by Coval, creates refuge for Chicago adolescents similarly at socio-political sea with how they look to the world versus how they want to behave in it. Angst is life energy, and Coval has paved space for his and his followers’ inner strife to turn to mobilizing words. 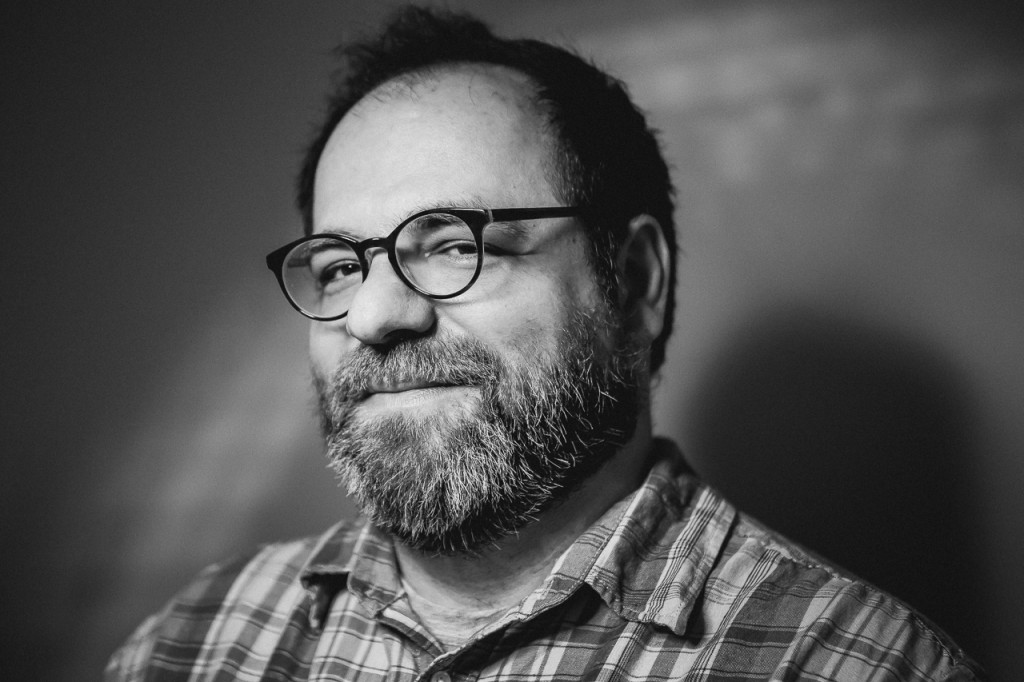 19
Ivan Brunetti
“Box Garden,” Ivan Brunetti’s June 2013 New Yorker cover comic, says it all. The Hyde Park resident is known for the supreme nihilism running through his work, but his is a cloud that always redeems itself, as he’s generous enough on the page to part fog and reveal his pointedly sweet aesthetic, which shocks fellow cynics with its effectiveness. Possessing an economy of imagery in this famous magazine cover and at large, Brunetti is a graphic novelist who’s been a staple of Chicago print for well over a decade now. Getting up every day is excruciating work for him and his audience, and Brunetti’s work clearly delivers the sense that the execution of his work’s instant beauty is the garden of his tolerance for life. “I loathe myself unconditionally,” Brunetti once said in an interview with “Myoclonic Jerk.” He says he cannot look twice at his finished work, and as bad as that level of hardness-on-self sounds, we can all hold hands around his stories’ growing love and feel ample joy, hoping to bring each other closer to the kinetic, daringly optimistic world, if only for a few perfect frames. 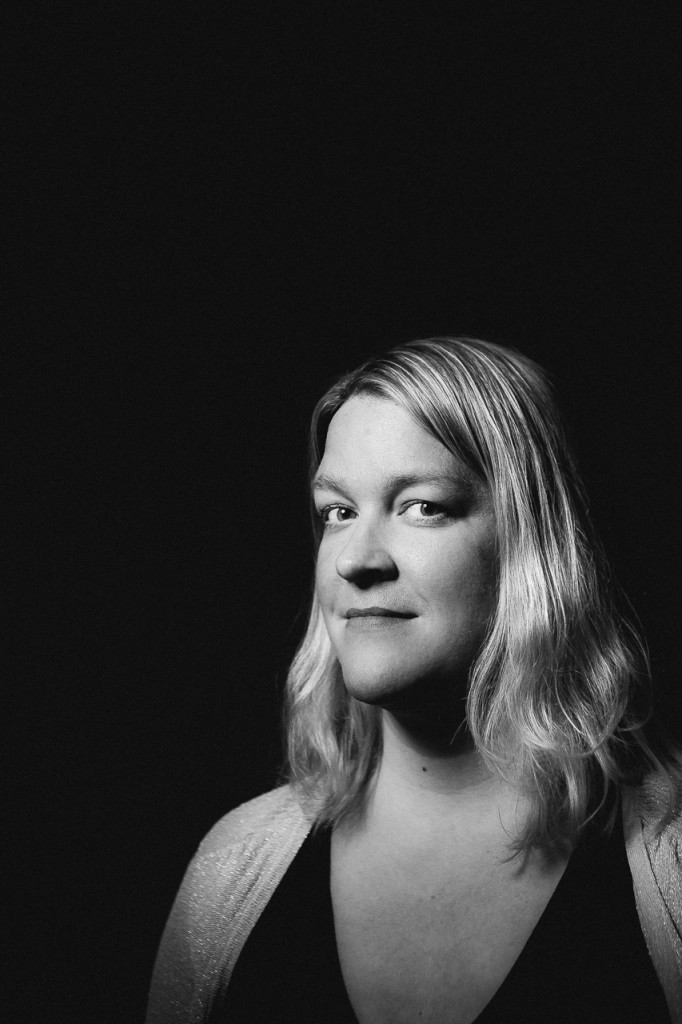 20
Megan Stielstra
For years Megan Stielstra has been injecting the Chicago lit scene with a pizzazz that belies an incredible emotional power. She’s a founder of the venerable 2nd Story reading series and a frequent topnotch reader at live lit events all over town—one of which saw her opening for The Jesus Lizard. Her students at Columbia College and the University of Chicago know her as a warm yet dogged teacher who cares about more than what they put on the page. But Stielstra’s been invading the page in a big way with a piece in the “Best American Essays 2013,” and of course, her full-length essay collection, “Once I Was Cool,” recently out from local press Curbside Splendor. This Time Out Chicago review of her short story collection, “Everyone Remain Calm,” says it all about Stielstra: “Her work possesses a rare aural quality, no doubt the result of so much time on stage, or even in front of a classroom.” The Rumpus editor Gina Frangello adds, “Her voice is so palpable, so immediate and vibrantly alive, it feels as though she’s standing right in front of you.”