21
Chris Abani
According to Dave Eggers, “Chris Abani might be the most courageous writer working right now.” At sixteen, Abani was incarcerated after the publication of his first book, “Masters of the Board,” in 1985. It’s a political thriller that raised suspicions that he was trying to overthrow the Nigerian government. After his release, Abani published a second book and produced anti-government plays, resulting in further imprisonment and an eventual death-row sentence. Allegedly, his friends successfully bribed Nigerian government officials for his release. Following that, he lived in the United Kingdom for a time, and moved to the United States in 1999. He earned his MA in English and his PhD in creating writing from the University of Southern California. Abani is the author of thirteen books, including “The Secret History of Las Vegas,” published in January. He’s received numerous awards, including a Hemingway/PEN Award and a Guggenheim Fellowship for fiction. He recently moved to Chicago, and is a Board of Trustees professor of English at Northwestern University. 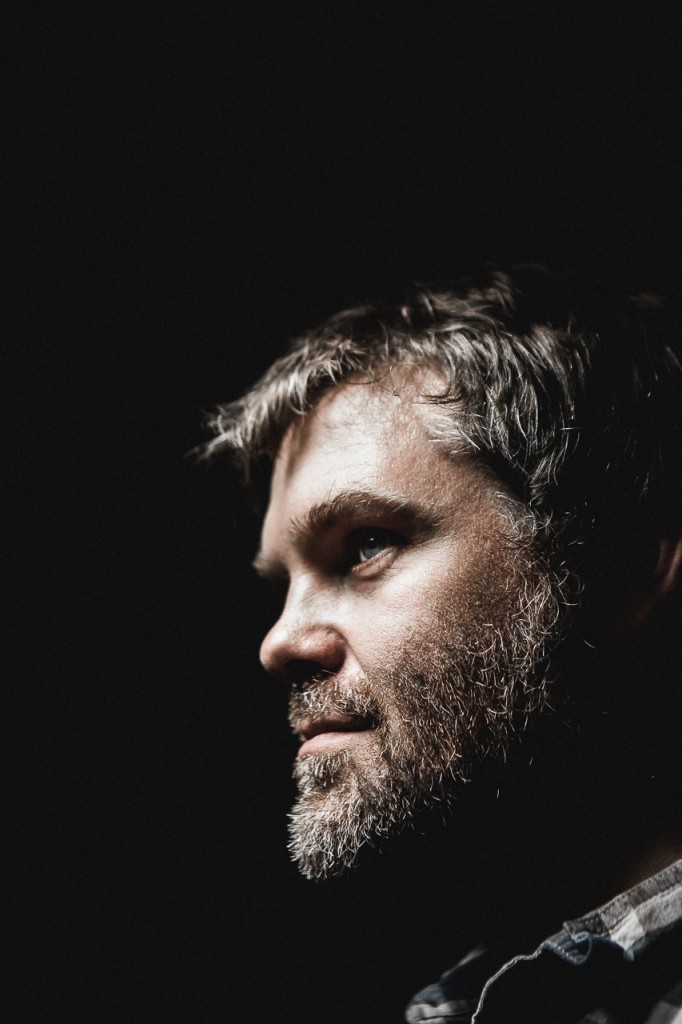 22
Jeffrey Brown
Jeffrey Brown became an indie comics darling by writing about record stores, cats and ex-girlfriends in early graphic memoirs like “Clumsy” and “Unlikely.” His sketchy black-and-white style helped pave the way for Chicago’s DIY comics scene—and his panels often depicted Wicker Park hotspots like dearly departed Earwax Café. He’s been hitting mainstream shelves since 2012—with help from a few Jedi knights. His Star Wars-centric comics “Darth Vader & Son” and “Vader’s Little Princess” imagine the Skywalker siblings as kiddos (and Darth Vader as their bumbling dad). They actually began as a request for a father’s day Google Doodle. “They were looking for something based on Luke and Vader and how awkward an everyday father-son moment would be,” says Brown. “I drew a series of sketches basically putting Vader in my shoes, with a four-year-old [based on my son].” When Google passed on the idea, Brown took it on himself. Today, Brown’s getting ready to release kids series “Lucy & Andy Neanderthal” with Random House. Plus, he’s set to release “Goodnight Darth Vader” and a second installment of “Jedi Academy,” the kid-focused diary of awkward middle-school Padawan Roan as he learns about lightsabers and slow dancing with girls. And Brown’s excited about “Star Wars” Episode Seven—after all, it’ll give him more to write about.

23
Garry Wills
With almost forty books to his name in forty years, the unacquainted might incorrectly assume that the emeritus professor at Northwestern knocks out romances, thrillers or other genre quickies. But Garry Wills’ list of titles is heavy with a scholarly blend of history, philosophy, religion and culture, as he continues, at the age of eighty, to live up to the increasingly rare appellation of a man of letters. His 2013 book, “Why Priests? A Failed Tradition” managed to combine a devout faith with an arguably radical notion, and made waves throughout the Catholic Church and the culture at large. This summer, he turns in another direction, when he fuses a study of several favorite subjects into his new book, “Making Make-Believe Real: Politics as Theater in Shakespeare’s Time.” After that, it’s back to religion. “I am finishing a book, ‘The Future of the Catholic Church Under Pope Francis,’ for publication next February,” he says. “Then I will probably do one on the Trinity, since I am teaching a course on that in the fall term at Emory.”

24
Adam Levin
At more than 1000 pages, Adam Levin’s debut “The Instructions” lent him comparisons to David Foster Wallace. His follow-up, the short story collection “Hot Pink,” inspired comparisons to George Saunders. Levin is capable of baking his character’s quirks directly into their voices and he isn’t afraid to experiment with them, even going so far as to let them digress in completely unexpected ways. Levin’s dialogue is particularly impressive, drawing on his background as a therapist to lend unspoken layers of want into even the most casual conversations. Levin is sparse on the details of his future projects, but he did mention he has two novels in the works. He currently teaches creative writing at the School of the Art Institute.

25
Joseph Epstein
Joseph Epstein is the author of twenty-five books of essays and short story collections, including “A Literary Education and Other Essays,” out this month from Axios Press. His previous books also include best sellers “Snobbery” from 2002, and “Friendship,” in 2006. Epstein is celebrated for his agile wit and charming style, and his work has appeared in the New Yorker, Harper’s magazine, and the Atlantic monthly. He’s the former editor of the American Scholar and a former professor of writing at Northwestern University. 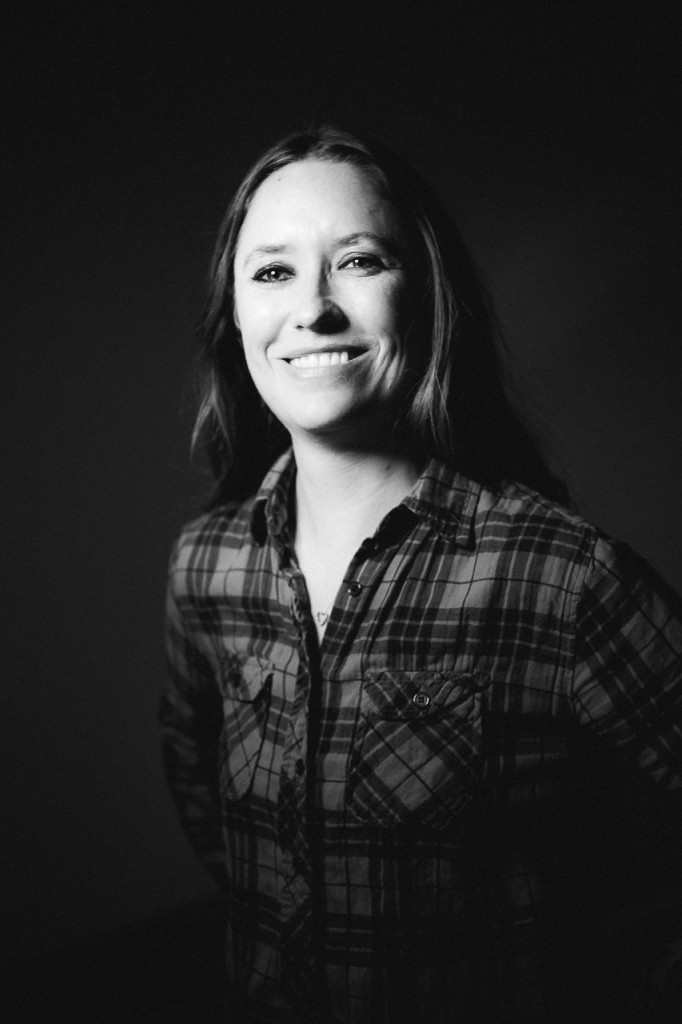 26
Hillary Chute
Hillary Chute has to be the busiest graphic novel theorist working today, and that’s not just because there aren’t many academics who specialize in graphic narratives (yet!). In the past year alone, the University of Chicago English professor has published “Outside the Box: Interviews with Contemporary Cartoonists,” co-created a Roland Barthes-inspired comic piece called “Bartheses” with Alison Bechdel (in a forthcoming Critical Inquiry issue on “Comics & Media,” which she co-edited), and authored essays for Poetry and Bookforum. And that’s in addition to teaching classes, eating, sleeping, etc. And to think, in a sense, it all started with a “maus”—that is, Chute’s path to the groundbreaking work she does today began over a decade ago when she first read “Maus,” the graphic novel about the Holocaust by Art Spiegelman. She says that, to this day, “it is one of the central engines” behind her work, which comes as no real surprise: in 2011, she collaborated with Spiegelman on “Metamaus,” which revisits the Maus books, and earlier this year she helped bring Spiegelman’s multimedia “WORDLESS!” show to the Logan Center. Chute is currently at work on another book, tentatively titled “Disaster Is My Muse: Visual Witnessing, Comics, and Documentary Form.” 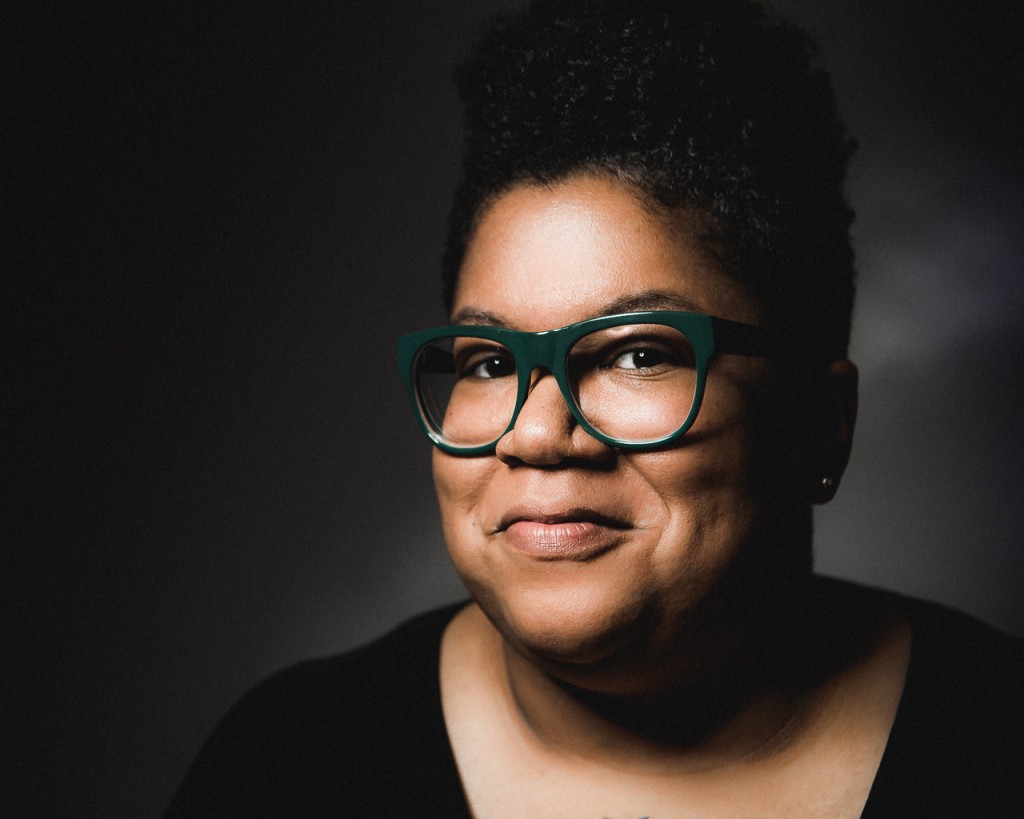 27
Samantha Irby
Sam Irby single-handedly made the Chicago lit scene explode last year. No, it wasn’t the Guts and Glory reading series she hosts with pal Keith Ecker at Schubas. It wasn’t even the Bitches Gotta Eat blog that has made readers snicker and cheer on Irby’s foodsploits since 2009. It’s gotta be “Meaty,” that slim, rollicking essay collection Curbside Splendor put out last year. Suddenly everyone in Chicago was talking about Irby, about her Crohn’s disease, about how much she wanted a MacBook Air, about her recipes for barbecue. About how drop-dead funny she was in the face of being broke and losing her mom. About how she cheerfully takes everyone down with the most creative unprintable vocabulary you can find on dry land. Bitches Gotta Eat and Guts and Glory keep rolling, and as for another book, well, Irby is the kind of writer who will always have plenty of material. 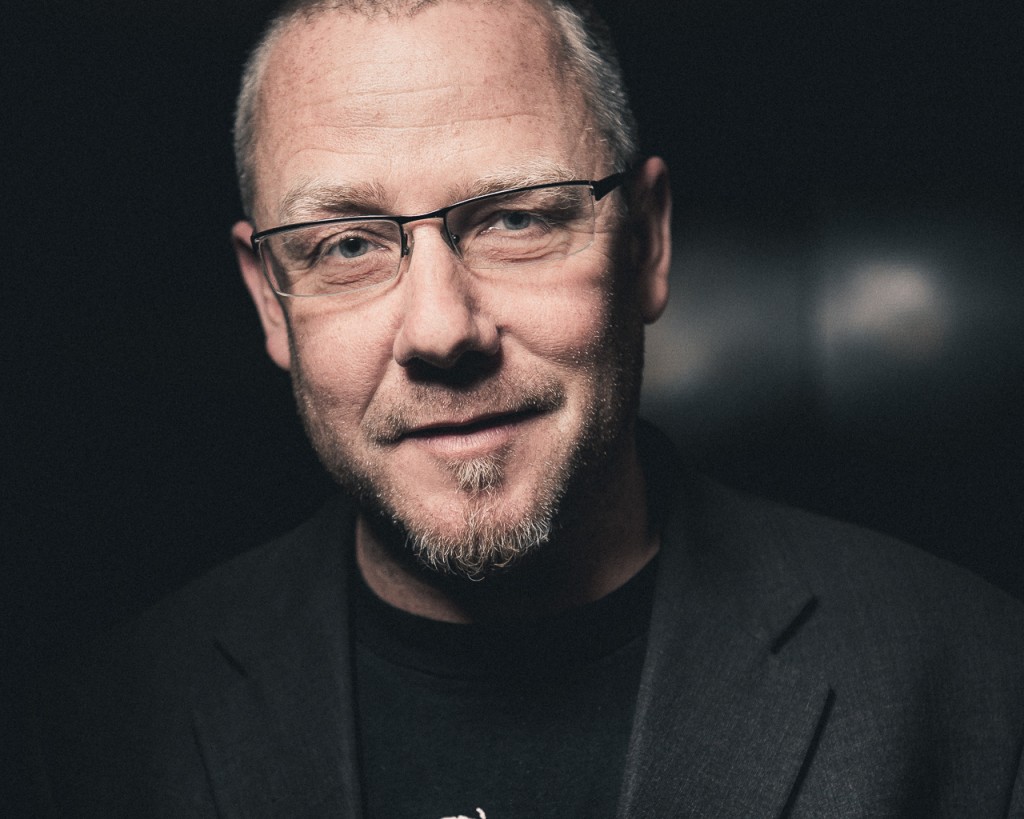 28
Sam Weller
Sam Weller has the last say on all things Ray Bradbury, largely due to his biography of the late writer, “The Bradbury Chronicles,” and its companion collection of interviews “Listen to the Echoes.” In December, Melville House will publish “Ray Bradbury: The Last Interview and Other Conversations.” Weller was awarded a 2012 Bram Stoker Award for the anthology he edited with colleague Mort Castle, “Shadow Show: All-New Stories in Celebration of Ray Bradbury.” Weller is also Associate Chair at Columbia College’s Department of Creative Writing. “This has been my most productive year yet,” says Weller, but we’re guessing that’s not going to change any time soon. Weller’s currently working on a short-story collection of his own, “The Shadows Behind the Trees.” 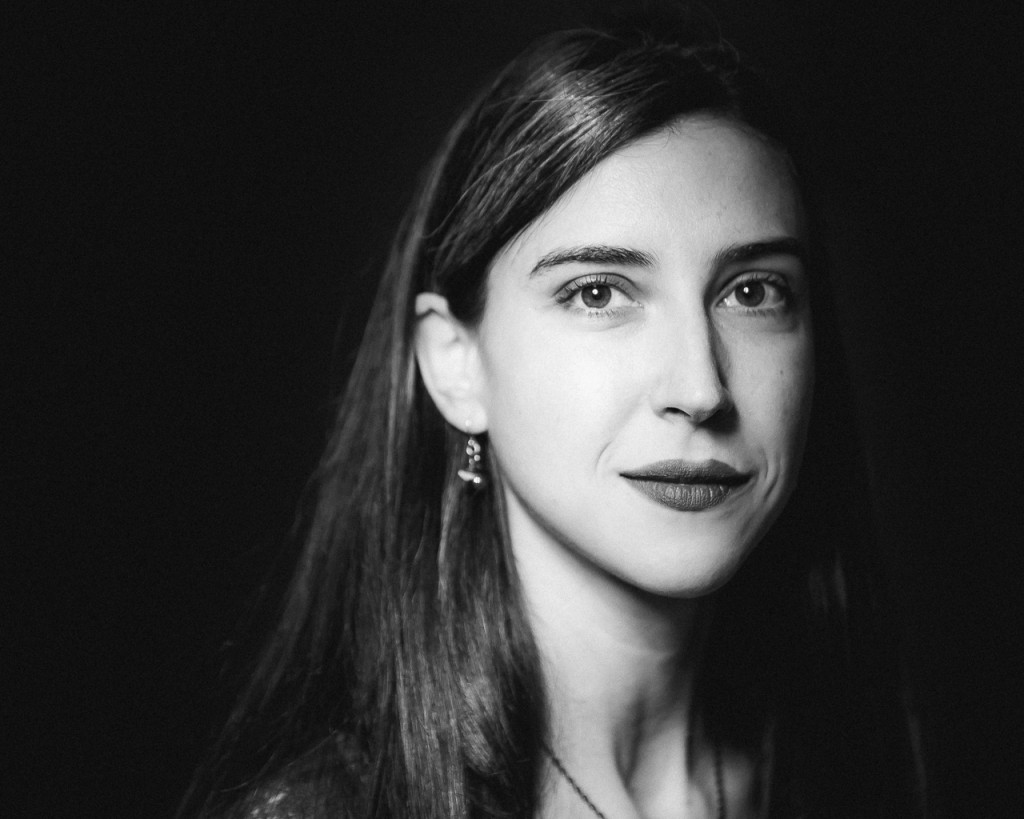 29
Kathleen Rooney
Like many of the folks on this list, Kathleen Rooney crosses disciplines, but she’s mastered them each with remarkable swiftness. Her first book, a collection of essays and interviews called “Reading with Oprah: The Book Club that Changed America,” was published in 2005. Since then, she’s authored six other books, including a collection of autobiographical essays, “For You, For You I Am Trilling These Songs,” in 2009, a novel-in-poems, “Robinson Alone” in 2012, and most recently, her novel “O, Democracy!” inspired by the decade she was employed by Senator Dick Durbin. Electric Literature described the book as a “sprawling and ambitious work, but also just a smart idea.” The thirty-four-year-old Edgewater resident also teaches creative writing at DePaul University, and is the founder of Poems While You Wait, a group of poets that write poetry on demand with typewriters. 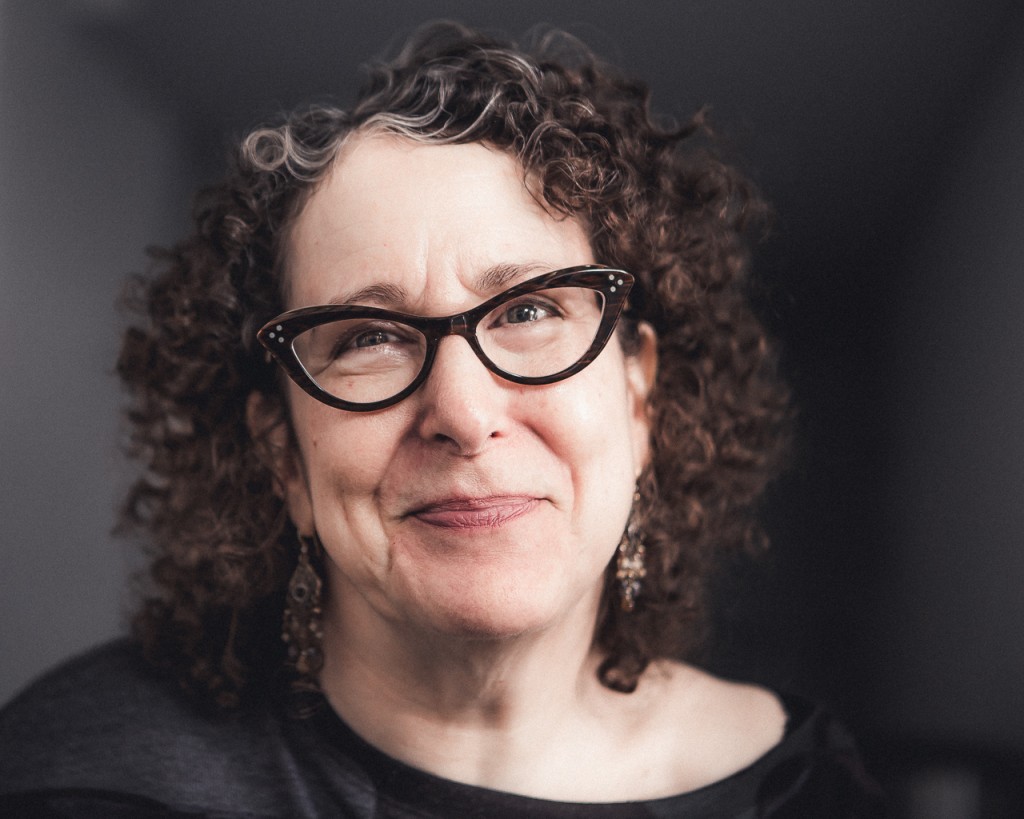 30
Susan Nussbaum
Susan Nussbaum is the winner of the 2012 PEN/Bellwether Prize for Socially Engaged Fiction, for her novel “Good Kings Bad Kings,” which was hailed by Barbara Kingsolver as “a ferociously honest, funny, completely unstoppable trip through an institutionally corrupt home for disabled teenagers.” She’s also a disability rights activist, and the founder of the Empowered Fe Fes, a group for girls with disabilities. She appeared on NPR in January 2014, and has recently been featured in Bitch Magazine, Booklist and The Huffington Post.