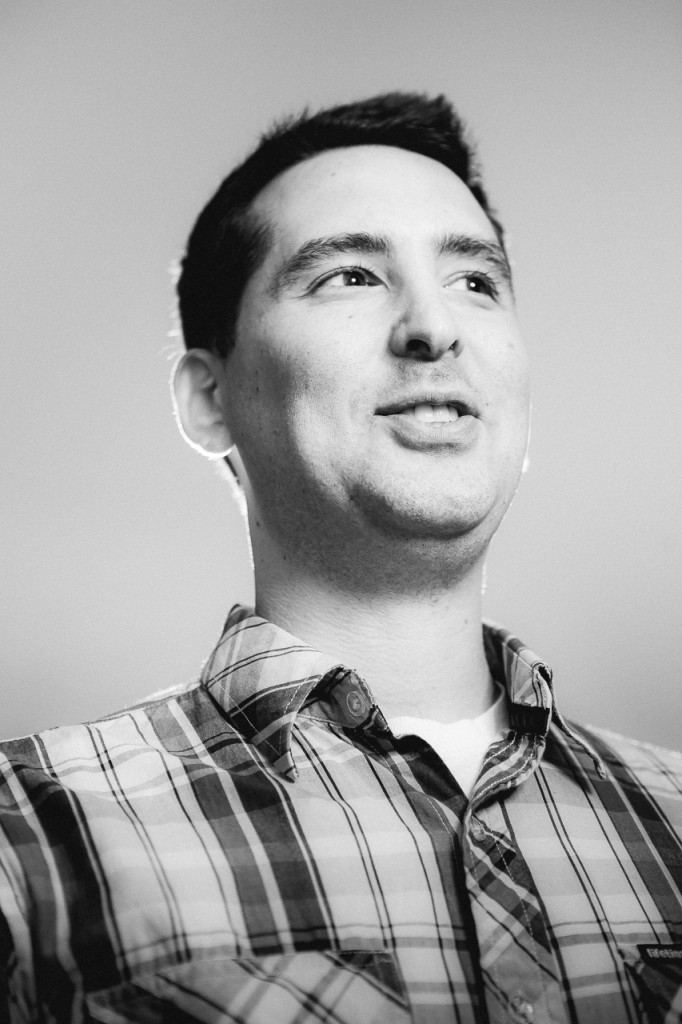 31
Joe Meno
Joe Meno’s sewn a strain that’s the envy and romance of many a Chicago youngster. Synergistically combining smart prose about hilariously strained art school relationships with his penchant for all things pop cultural—but especially rock ‘n’ roll—it’s almost hard to believe he (or anyone) has made such a nice living from a love for things so obviously lovable. A teacher at (and alumnus of) Columbia College, Meno has had his hands in one of the city’s leading wordsmith-makers for the better part of two decades. Writers line up around the building in the hope that Meno can impart to them how he pushes a shared bohemian something out of the realm of the banal, and into an ever-readable oeuvre, best realized in novels “The Great Perhaps” and “Hairstyles of the Damned.” Here, Meno makes the ambles and aspirations of the average matter. 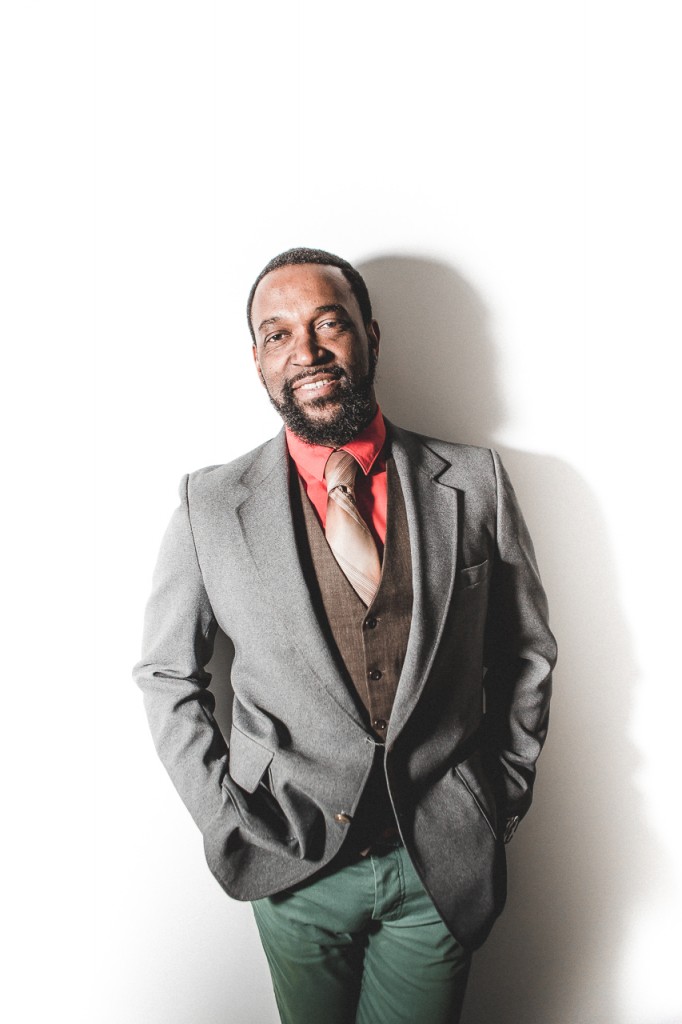 32
Roger Bonair-Agard
“I am a man on fire” goes a line from Roger Bonair-Agard’s most recent poetry collection, “Bury My Clothes,” which was awarded the 2013 Midland Society of Authors Award for Poetry. Bonair-Agard moved from Trinidad to the United States in 1987 to study political science at Hunter College, but soon after decided to pursue poetry instead. A two-time winner of the National Poetry Slam, and co-founder of the New York City based louderARTS Project, which aims to provide a constructive space for artists to perform poetry, Bonair-Agard teaches poetry at the Cook County Temporary Juvenile Detention Center. He’s taught and performed poetry with organizations and festivals in Jamaica, Milan, Germany, and Switzerland. On fire, indeed. 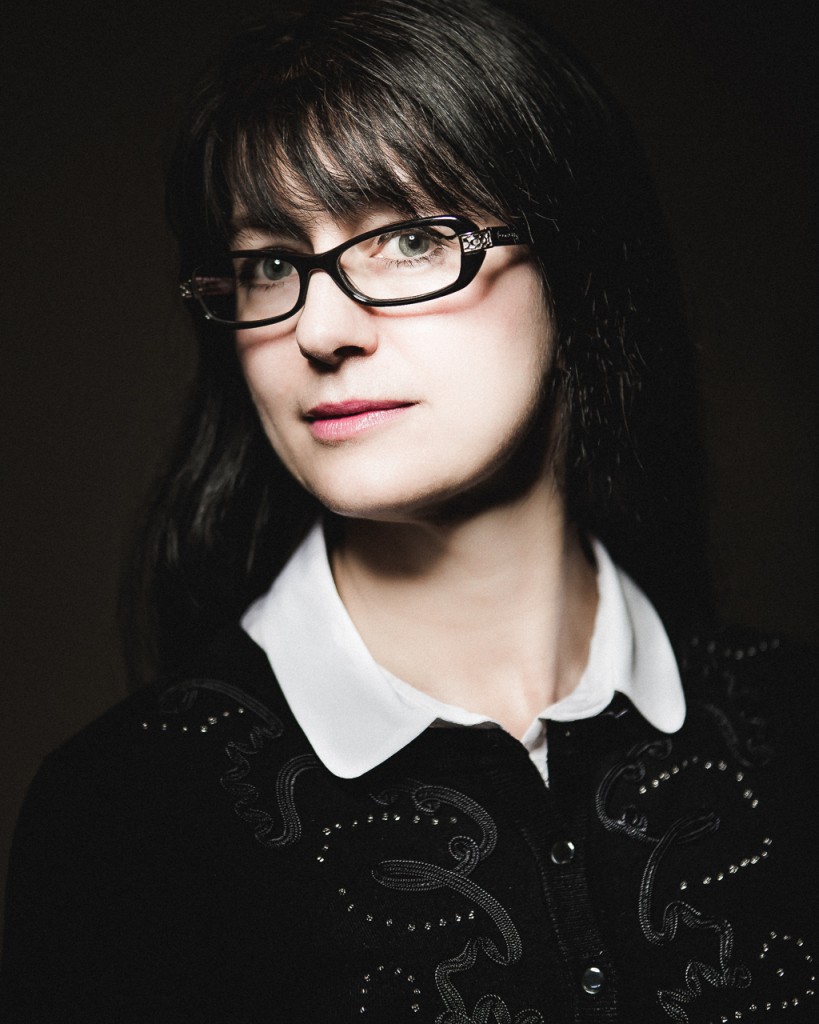 33
Simone Muench
Not only was Simone Muench promoted to full professor of English at Lewis University this year (as well as earning the Lewis Faculty Scholar Award), but her fifth full-length poetry collection, “Wolf Centos,” is forthcoming in August 2014 from Sarabande Books. Writer Daniel Handler claims Muench’s work “has stitched together a new creature out of scraps and vital organs she gathered in the boneyard. It lives. It leaps. It bounds. It’s at your window tonight. Too late for you, sweetheart.” Additionally, Muench’s chapbook “Trace” was released in April from Black Lawrence Press, and received the Black River Award. She is the recipient of a 2013 NEA Poetry Fellowship, a Yaddo Fellowship, and residency fellowships with Artsmith and the Atlantic Center for the Arts, and is currently in collaboration with Dean Rader on a book of sonnets, a number of which have appeared in The American Poetry Review, New American Writing, Zyzzyva, Blackbird and elsewhere.

34
Cris Mazza
Cris Mazza’s career has been made by writing about women who explore sexuality: its situational overtones, its power dynamic, its action. Her seventeen books include titles like “Various Men Who Knew Us As Girls” and “Is It Sexual Harassment Yet?” Recently Mazza turned the lens on herself with “Something Wrong With Her,” a memoir of her own thwarted physical and emotional forays. With a writing professor’s skill—she teaches at UIC—Mazza relentlessly analyzes the girl she used to be. Currently she’s writing what she describes as “a novel in fiction and essays, which may make it not-a-novel.”

35
Rick Perlstein
American history fans should be clearing their desks by this August, for this is a Rick Perlstein year. It’s been six years since the Chicago historian’s “Nixonland: The Rise of a President and the Fracturing of America” hit the best-of and bestseller lists, establishing itself as a definitive account of one of America’s most vexing presidents and the turbulent times in which he came to power. This August, Perlstein returns with the 800-page “The Invisible Bridge: The Fall of Nixon and the Rise of Reagan,” the third (along with his earlier, equally acclaimed “Before the Storm: Barry Goldwater and the Unmaking of the American Consensus”) volume in his continuing chronicle of the rise of the American conservative movement. He’s got one more book to go, which will take him through the 1980 election and then plans to “search out new adventures. In my lighter moments, these include the prospect of learning to play the drums.” Of course, he can always return to his signature subject if all else fails. “No frigging way conservatism will run its course,” he says. “It’s as American as apple pie, and the misconception that it’s vulnerable to ultimate defeat is one of the major fallacies my work tries to dispel.” 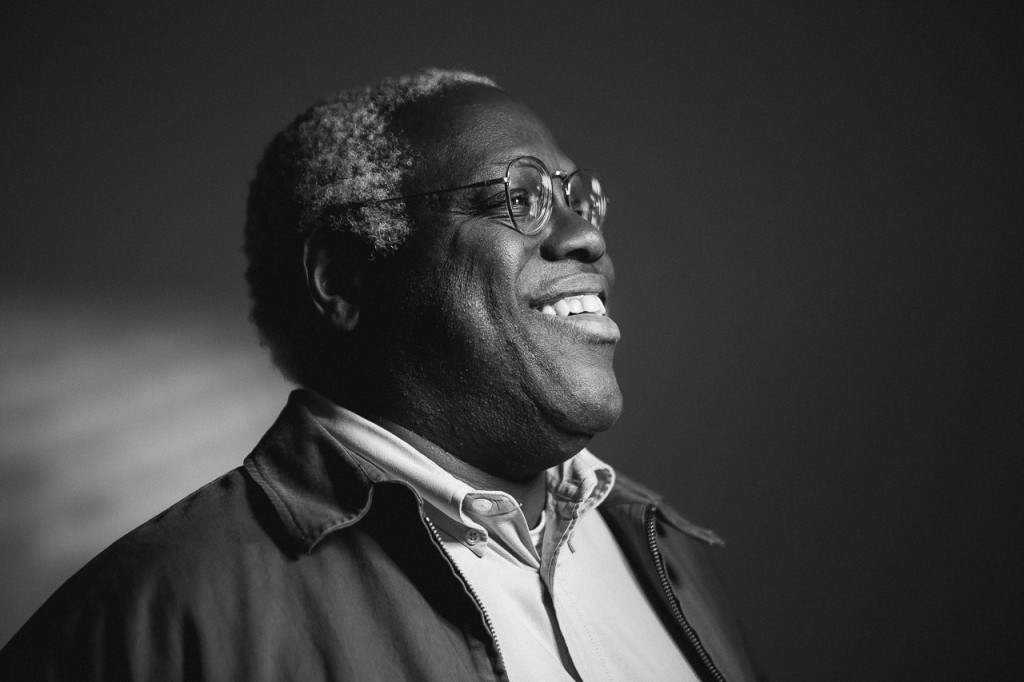 36
Eric May
Columbia College students know Eric May as an insightful, elder statesman kind of professor who’s still cool enough to knock back beers and electrify a reading’s crowd with his booming baritone. It’s great to see May, a former Washington Post reporter who’s had pieces in the Chicago Tribune, Criminal Class Press Review and “Briefly Knocked Unconscious By a Low-Flying Duck,” and who’s been knocking away at various novels for years, finally get one to stick. “Bedrock Faith,” his debut, came out in March from Akashic Books. He’d wanted to focus on middle-class African Americans, a group often overlooked when it comes to fiction, and judging from reviews calling May “a gem of a writer” and comparing him to James Baldwin, he did a masterful job. The Guild Complex recognizes May as one of their 25 Writers To Watch, and let’s hope he continues to be worth watching.

37
Alexai Galaviz-Budziszewski
In 2014, Alexai Galaviz-Budziszewski made a powerful contribution to the Chicago literary tradition with “Painted Cities,” his debut collection of stories set in Pilsen in the seventies and eighties, when it was still a violence-infested barrio. Featuring a mystical drainage ditch, a boy who resurrects a gang member, and the grim reaper himself, “Painted Cities” could be called a work of urban surrealism, where otherworldly elements crop up in more typical stories of inner-city life. Galaviz-Budziszewski, a Pilsen native whose Polish and Mexican heritage mirror that of the neighborhood itself, was moved to begin writing by the work of Nelson Algren. Encouraged by his professors at Harold Washington College, Galaviz-Budziszewski continued to develop his talents, eventually gaining entrance to the prestigious Iowa Writers’ Workshop. There, classmate and fellow Chicago native Peter Orner submitted some of Galaviz-Budziszewski’s work to indie publisher McSweeney’s on the sly. They liked what they saw, asked for more, and published “Painted Cities,” which brings together new stories along with pieces previously published in Ploughshares, TriQuarterly and other literary magazines. Galaviz-Budziszewski’s now at work on “another collection or two.” Let’s hope for the latter. 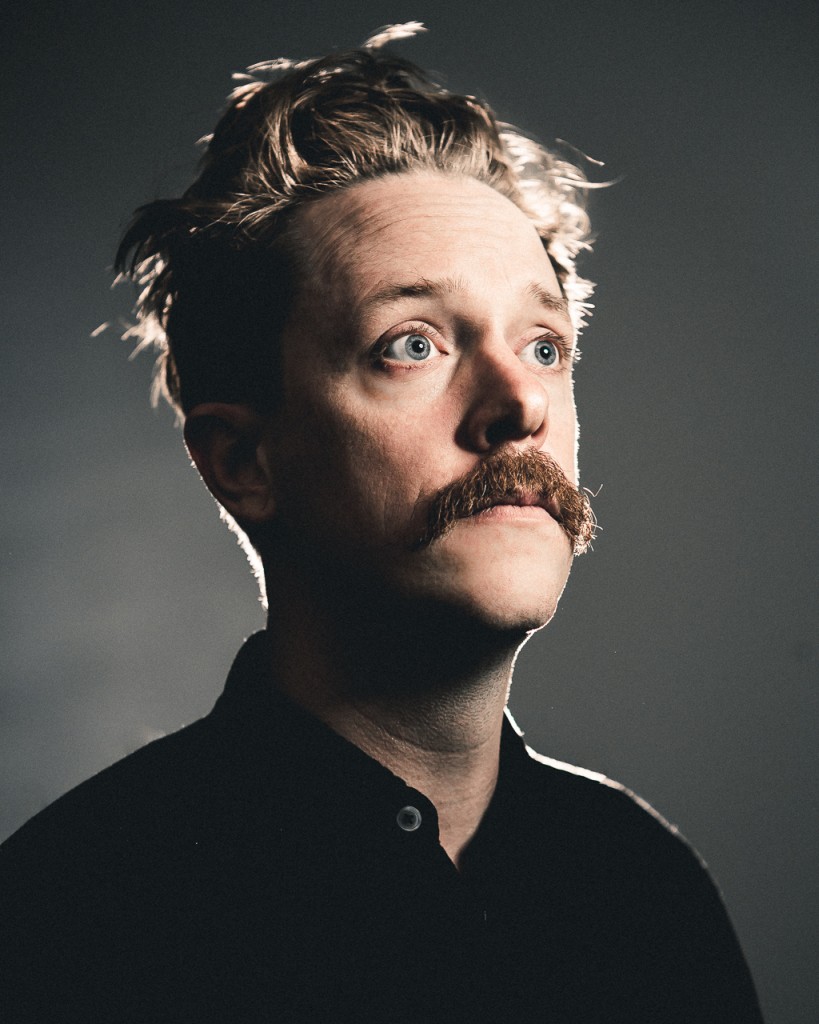 38
Zach Dodson
When Zach Dodson leaves Chicago this fall to teach narrative design at Aalto University in Helsinki, there will be a sizable hole in Chicago’s indie lit scene. As the co-founder of Featherproof Books, Dodson has been partially responsible for jumpstarting the careers of several prominent indie authors, including Tim Kinsella, Amelia Gray, Patrick Somerville and Lindsay Hunter, and has designed many spectacular book covers and literary projects, most recently for Curbside Splendor and Relegation Books. Dodson’s first book, a graphic novel hybrid titled “boring boring boring boring boring boring boring” came out in 2008. This fall, Doubleday will release his second, which Zach describes as “a fully designed sci-fi/historical Southwestern adventure romance about bats!” 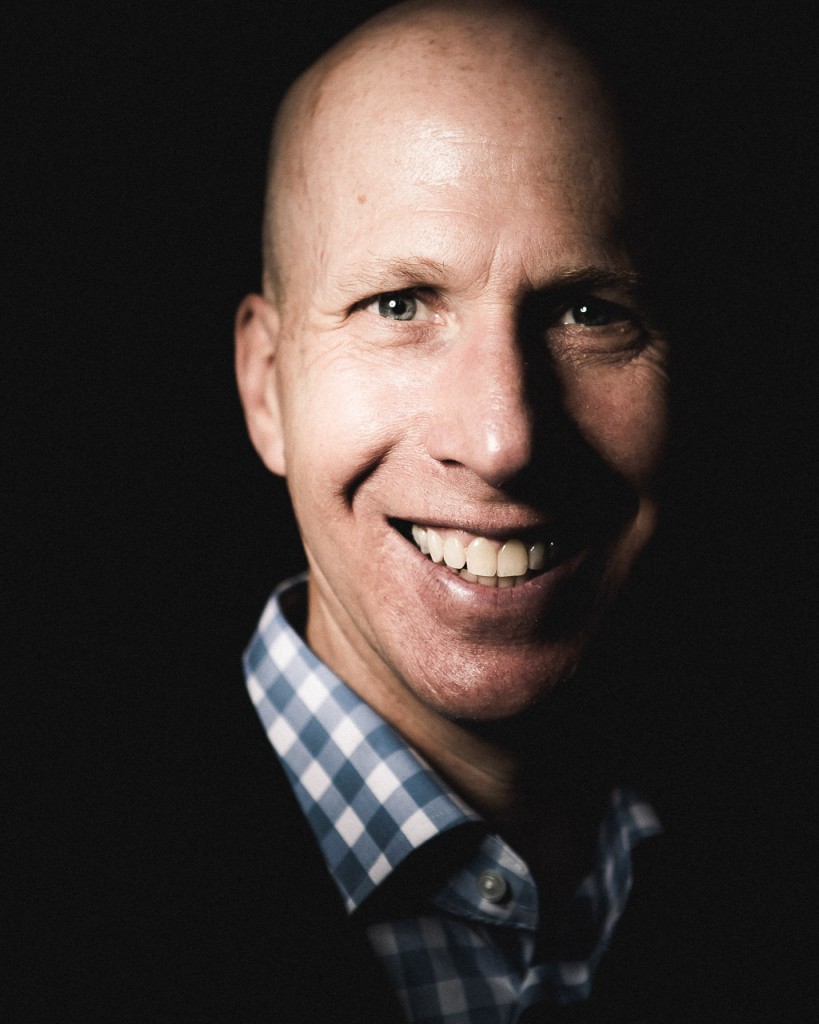 39
Jonathan Eig
Though he recently ended his involvement with ChicagoSide Sports, the web site he co-founded, don’t think that the author of two baseball books, including “Luckiest Man: The Life and Death of Lou Gehrig,” has lost interest in chronicling athletic pursuits. Sure, the acclaimed journalist has an eagerly awaited exploration of the history of the birth-control pill coming out this fall (“The Birth of the Pill: How Four Crusaders Reinvented Sex and Launched a Revolution,” via Norton), but he’s now at work on a biography of Muhammad Ali, scrambling, he says to get to “the people who know Ali best, including old fighters, business associates, former wives, members of the Nation of Islam” before they die off. “The Greatest,” himself alas, is no longer giving interviews, as the legendary motormouth has been rendered speechless by his long fight against Parkinson’s disease. Eig says he took on the Ali project when he realized that a comprehensive biography of the boxer had not been written. “I couldn’t believe it,” he says. “Ali, to me, is probably the most interesting American man of the twentieth century. His story has everything—race, religion, politics, sex, not to mention guys getting their brains beaten in. Who could ask for anything more?” 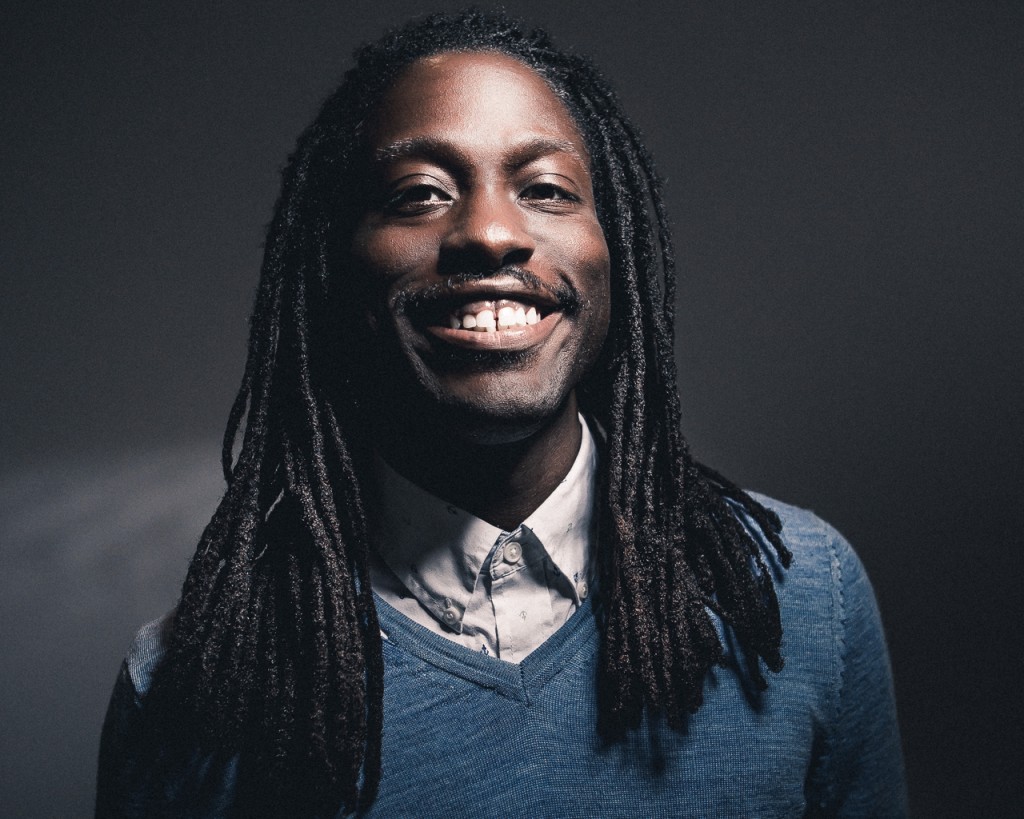 40
Roger Reeves
Roger Reeves’ debut collection of poetry “King Me” was released last year by Copper Canyon Press. Booklist called it “a beautiful and thought-provoking look at race, identity, the South, and Christianity.” Reeves, who teaches at the University of Illinois Chicago, often marries the natural world with the celestial in his poems, but is also heavily influenced by pop culture and hip-hop. Reeves has received several awards, including a 2014 Hodder Fellowship from Princeton University, a National Endowment for the Arts Fellowship in 2013, and a Ruth Lilly Fellowship from the Poetry Foundation in 2008.