41
Peggy Shinner
Peggy Shinner’s collection “You Feel So Mortal: Essays on the Body,” released this year by University of Chicago Press, evokes many personal details and traumas. But as Shinner is so refreshingly humble, she tells us, “The fact that I might have flat feet or my father might have flat feet is not particularly interesting.” Part of what makes the collection work is Shinner’s ability to mix in historical and political context to give her subjects greater depth. Shinner is a two-time Illinois Arts Council Fellow, a Ragdale alum, and teaches creative writing at Northwestern University. 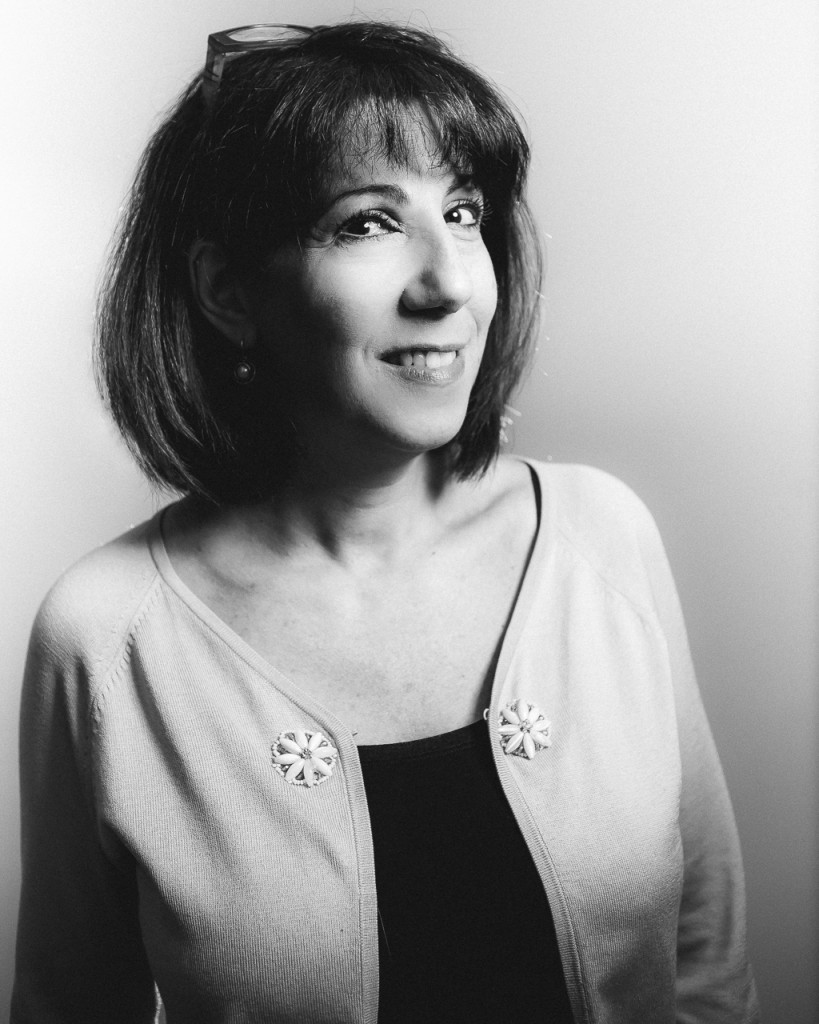 42
Renee Rosen
Like her heroines, Renee Rosen has made her big debut, and she’s got a specialty—strong-willed women and Chicago history. Her first adult novel, “Dollface,” was released in November and featured flappers and gangsters set right here in Capone’s backyard. “What the Lady Wants,” Rosen’s second novel, will drop in November, and delves into the infamous romance between Delia Spencer and Marshall Field. While her third novel doesn’t have a name yet, it’ll be published in Fall 2015. She says that “it’s ‘House of Cards’ meets ‘Mad Men’”—and it stars a feisty female Chicago Tribune cub reporter.

43
Anne Elizabeth Moore
Anne Elizabeth Moore fearlessly takes on whole genres and countries. Whether she’s writing media criticism with books like “Unmarketable,” or socially pivotal travel memoirs like “Cambodian Grrrl” and “New Girl Law,” she lives up to what Razorcake said about her—“one of the sharpest thinkers and cultural critics bouncing around the globe today.” Her projects include co-editing and publishing Punk Planet, founding the Best American Comics series, and recently moving on to be the LA Review of Books comics editor. Did we mention she’s an artist? She teaches in the School of the Art Institute’s Visual Critical Studies and Art History departments. At press time, Moore was in Vienna, calling herself a “theorist-in-residence.” Her latest big idea? “Working on my big Our Fashion Year comics project about the sex and garment trades. I’m working on collecting that into a book—a nonfiction comics anthology, of course.” 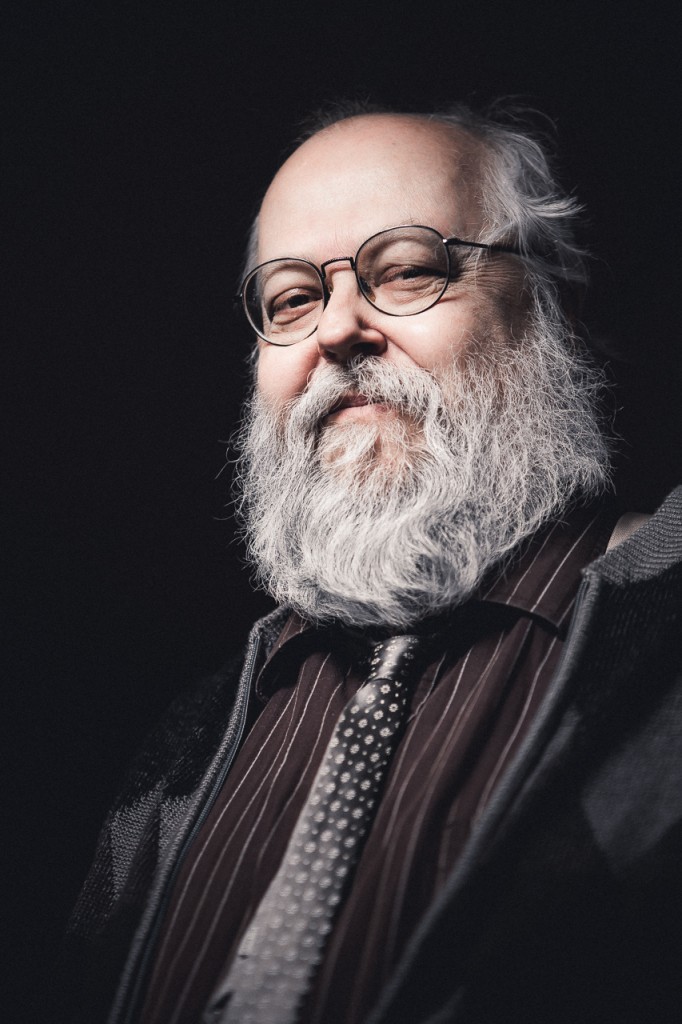 44
Lee Sandlin
Lee Sandlin attended both Roosevelt University and the University of Chicago, but left them both to travel and to write—an unconventional choice, and one that is congruous with his eccentric style as a journalist and essayist; Lee Sandlin has always written his own way. For many years, he was a television critic at the Chicago Reader, but these days, he’s a frequent contributor to the Wall Street Journal. He released “The Distancers,” a memoir about his Midwestern family in 2013, which followed up “Wicked River,” about the Mississippi, and “Storm Kings,” about the country’s first storm-chasers.

45
David Stuart MacLean
In addition to being a Pen/American award-winning writer, David Stuart MacLean’s work has appeared in Ploughshares, The New York Times and This American Life. He was recently named the 2014-2015 LAS Elma Stuckey Emerging Writer-in-Residence at Columbia College Chicago. The UK edition of his newest book, “The Answer to the Riddle is Me,” will be released on June 5, which he’ll be promoting in London this summer. 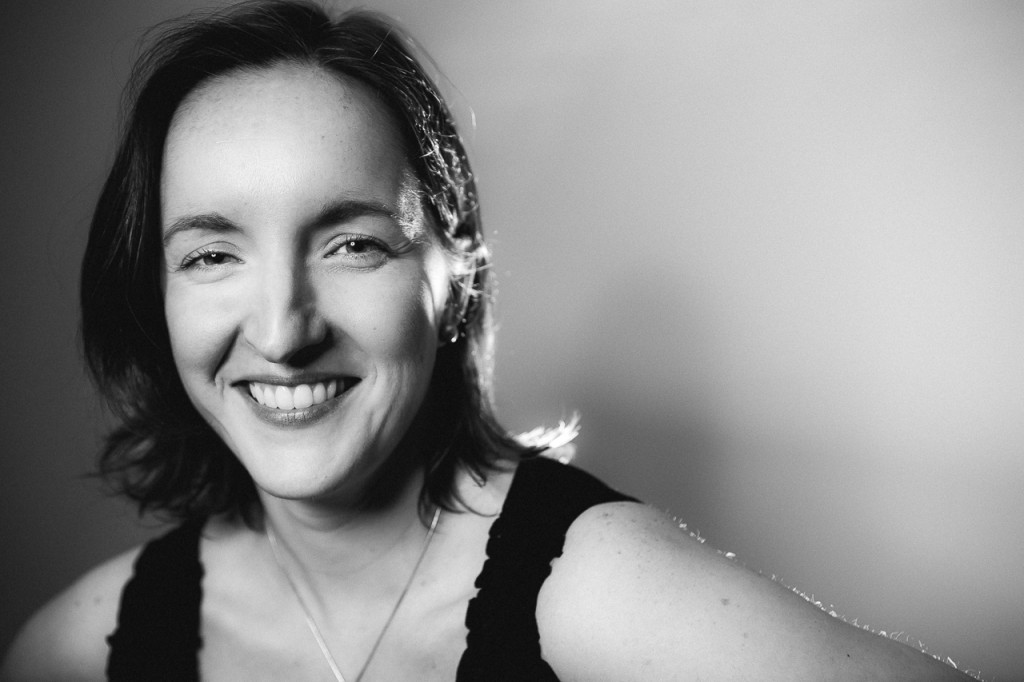 46
Rebecca Makkai
Author Rebecca Makkai’s second novel, “The Hundred-Year House,” is forthcoming in summer 2014 from Viking/Penguin, and has received starred reviews in Publishers Weekly and Booklist. “The Borrower,” her first book, was an O Magazine selection, a Booklist Top Ten debut selection and an Indie Next pick. This year, she was awarded an NEA Literature Fellowship, and now regularly blogs for Ploughshares and teaches as part of StoryStudio Chicago’s “Novel in a Year” workshop. Her story collection “Music for Wartime” will be released in summer 2015. 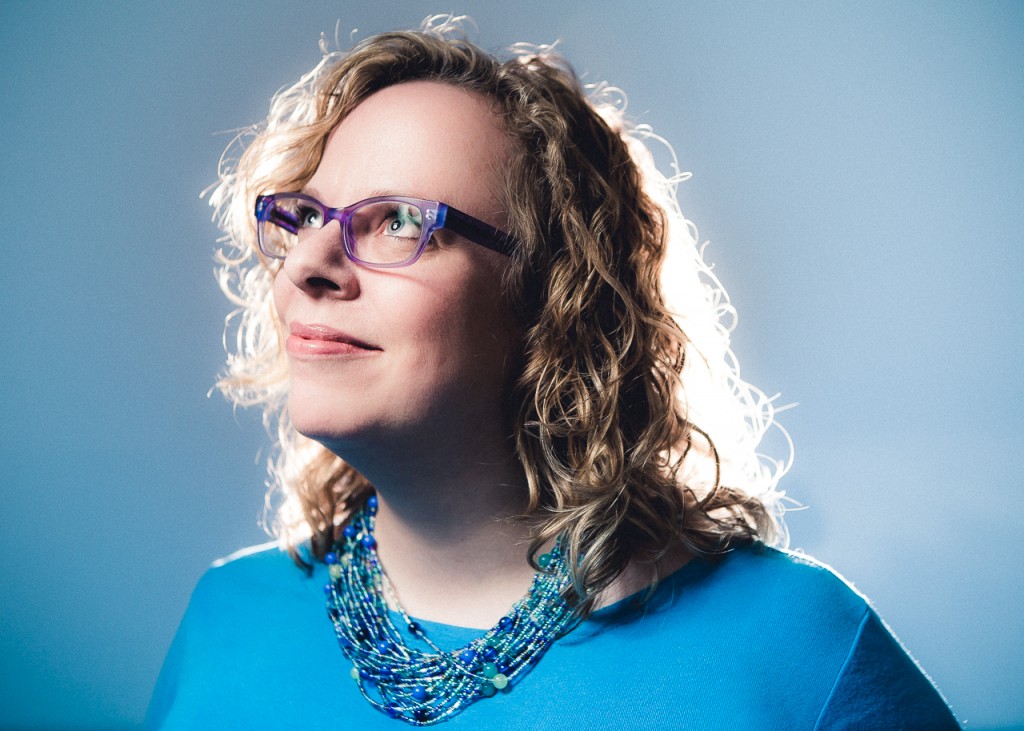 47
Kate Harding
Kate Harding is one of Chicago’s loudest and most important voices on feminism, and we’re so glad for her. Harding started blogging in 2007 and launched the body-positive blog, “Shapely Prose.” She’s a major contributor to Salon and Jezebel, and collaborated on “The Book of Jezebel” with Anna Holmes and Amanda Hess.  She’s known for her frank and funny feminist lectures, which she’s delivered at universities across the country. Harding is the author of “Lessons From the Fat-O-Sphere” and “Asking For It: The Alarming Rise of Rape Culture—and What We Can Do about It,” forthcoming from Da Capo in December.

48
Jac Jemc
On her personal website, Jac Jemc posts a link to her literary-magazine rejections right below the link to her book publications. She’s clearly very proud of them, all 280 of them, and she should be. Two-hundred-and-eighty is an imposing number (especially since she tracks book-length submissions and contests separately) and it proves just how determined she is to do what she loves. In 2012, Dzanc published Jemc’s first novel, “My Only Wife,” which was named a finalist for the 2013 PEN Robert W. Bingham Prize for Debut Fiction. Dzanc will publish Jemc’s debut short story collection, “A Different Bed Every Time,” this October. Jemc is also the web nonfiction editor for Hobart and the poetry editor at decomP. 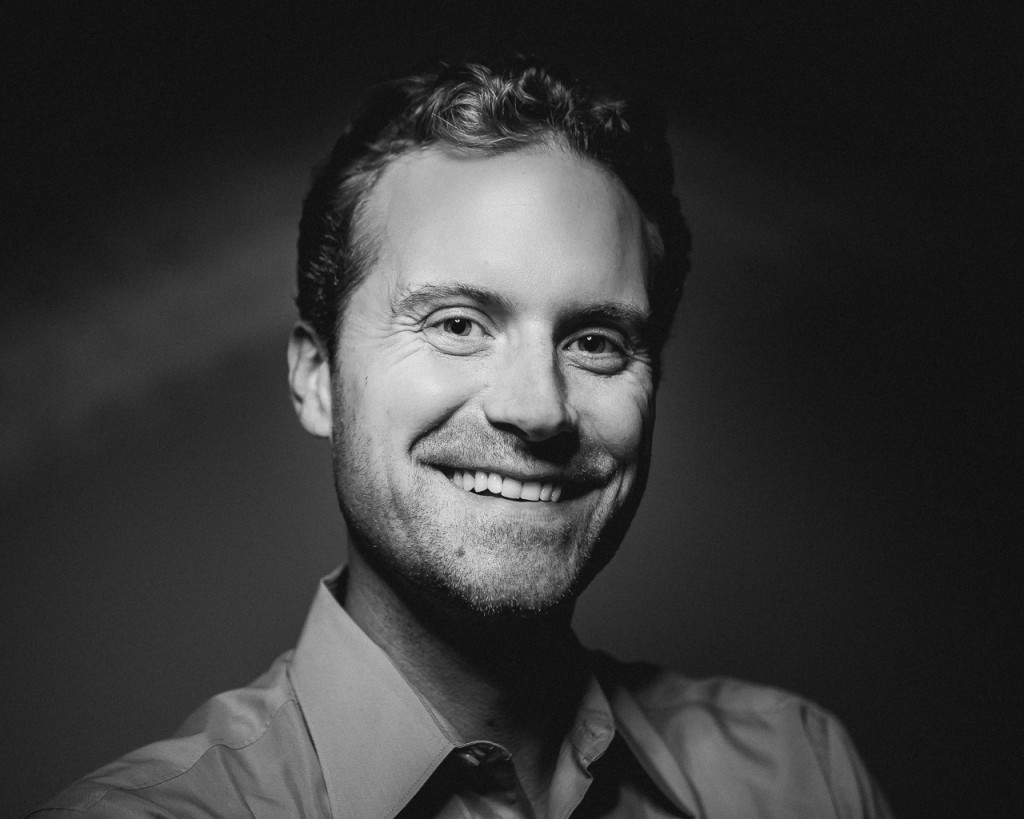 49
Zayd Dohrn
Son to the famed Weather Underground leaders Bernardine Dohrn and Bill Ayers, Zayd Dohrn has chosen a vehicle more gentle than protest for his rhetoric: theater. Surely political in their thrust, Dohrn’s plays (“Sick” being his most known) also effortlessly reflect the strange constraints of a childhood spent in hiding with his family. Dohrn translates his biography to telling, oft-funny parables about the limits that moving so actively against the political grain create for people. “Sick” is a prodding contemplation of a humanity that seeks the isolation he once had as the world becomes an increasingly transparent place, more and more bereft of hidden spots. Dohrn professes to be more interested in art than politics, but his career’s work has been the crafting—and walking along—a treasured fence between the two. 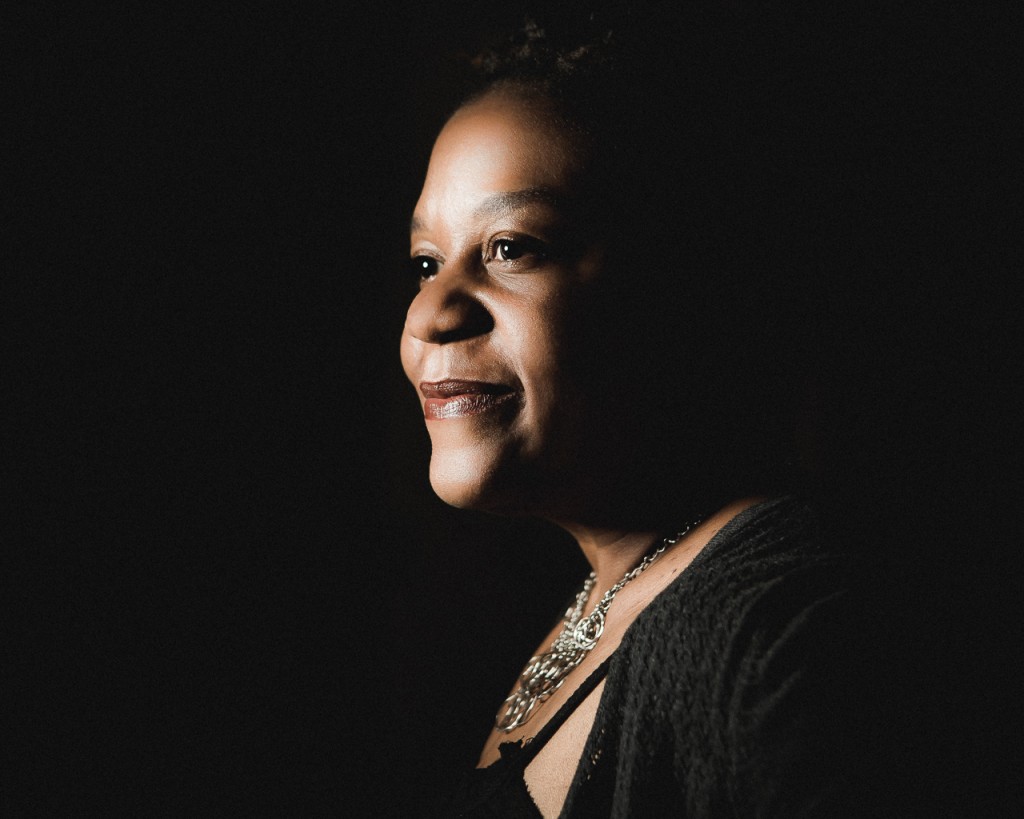 50
Parneshia Jones
Parneshia Jones is the Subsidiary Rights Manager and Poetry Editor at Northwestern University Press, but she’s also built a career performing poetry all over the country, including Vanderbilt University, Nuyorican Poets Café in New York City, and the Art Institute of Chicago. She’s the recipient of the Gwendolyn Brooks Poetry Award, the Margaret Walker Short Story Award, and an Aquarius Press Legacy Award. Her first collection of poetry, “Vessel” will be published by Milkweed Editions in April 2015.