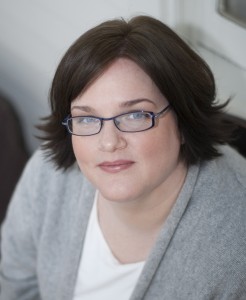 First-time novelist and Chicago transplant Lori Rader-Day’s “The Black Hour” is set in a prestigious university in a fictional Chicago suburb. After an inexplicable attack by a student shooter, Professor Amelia Emmet returns to work, albeit with a cane, a new anxiety about her students, and a slew of faculty who think she must have brought the crime on herself somehow. Told from two perspectives—that of Emmet and her new teaching assistant Nathaniel—the novel explores the aftermath of a violent crime that is becoming all too common on campuses today.

You’re originally from Indiana? What brought you to Chicago?
I am. The central Indiana area just northwest of Indianapolis near a town call Lebanon. Lots of people pass by it and may not stop.

We came to Chicago in 2001. I had gotten a job, and I asked my boyfriend if he wanted to come up here with me, and he responded by asking to marry him. So my fiancé and I came to Chicago together, and we got married about two years later. So, a good job, but also just trying to find adventure.

Chicago and its history end up being a big part of this novel. Can you speak a little bit about that and how that came about?
I can’t say that I’m an expert in Chicago crime history, but I think it’s really interesting to live in a town with so much rich history of all kinds. And then Chicago has such interest in its own history that I just love, but it also has an interest in its own crime history. I was thinking about what would draw Nathaniel in the book to Chicago once he’s there—because he’s interested in what happened to Dr. Emmet. But I thought he would have this sort of dark interest in crime, and of course Chicago is a good place to study crime if you’re going to do it.

The book is told from two perspectives—that of a professor, Amelia, and of a student, Nathaniel/Nath. How did you decide on that format?
I didn’t start out writing it from two perspectives. I’m sort of what they call a “pantser.” You write by the seat of your pants. You don’t set out to outline everything ahead of time. So I started writing, and this character Amelia started forming. But I got about fifty pages in, and I thought, “Well, how is this woman who is so injured and so broken going to be investigating the crime against herself? If she’s so hurt, she’s probably not going to be scampering around campus on her own.” I’d already introduced Nathaniel. He was just a random student to show some things early on about her situation and how she felt about students now and that sort of thing. And I thought, “Well, he’s kind of an interesting character. I wonder what his story is. I figured out that having this perspective, Nathaniel could see things very differently than Amelia could. Also the two voices gave me a structure. They go back and forth, and as the story picks up, it gets shorter and shorter between their voices. Their developing relationship was actually very late in the game when I decided things would go the way they did go.

The protagonist Amelia has to deal with people who question how she became the victim of a violent crime, often thinking she must have brought it upon herself, and that called to mind the current dialogue around victim-blaming. Is that a topic you’re particularly interested in?
It is, actually. People have been asking me about, “What does your book say about violence in our schools and on our campuses?” And I have to say, it’s not really about the violence. The violence happens before the book even starts. It’s more about the victim and how a person gets to be a victim. She doesn’t know why she’s in this position, but she hasn’t brought it upon herself as far as she knows. And it’s confusing, but she’s shoved into this spotlight that she didn’t ask for. It’s interesting to me how we all treat victims. And I’m going to rope myself in on this because when you see victims on TV or the news or whatever, I think we all have sort of a notion that they did something or they’re in the wrong place or “What are they doing out there?” And I hate to be the person that thinks that way, but I think that we are taught to think that way. And I’m thinking of these rapes on campus—these sexual assaults on campus where these girls have not done anything, but “Oh, she was out too late,” or “She was drinking.” Victim-blaming is a huge problem, and you’re right, that’s one of the things I was thinking about when I wrote the book. 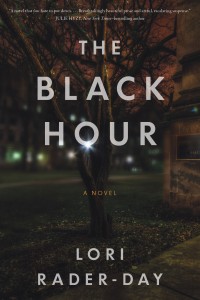 How did you prepare for writing about Amelia’s life post-trauma?
I can’t say that I’ve done research. I have not myself been through any traumatic criminal activity—on either side of it. But writers try to put themselves in the place of their characters and try to walk around in their skin and see if they can experience vicariously. So I just had to imagine, “How would I feel if I had been the victim of a violent crime and had no idea why?” I’d be real mad. I would be upset, and I would probably cry a lot. But I would be mad. I think I would want to know why. I don’t think I would go immediately there. I think I would be very angry first, and Amelia gets to be angry. I’ve never lived through a violent crime myself—knock on wood—but it’s increasingly on the news every day, it seems like. You just have to imagine yourself—I work at a university, and university-centered crimes are of particular interest to me.

I was going to ask about your personal history either as a student or a professor in academia and how that influenced you.
I’ve been a university student three times, and then I’ve taught on campus. And now I’m an administrator at Northwestern. I borrowed the lake. I tried to keep the rest of it way away from Northwestern. I don’t want people to think it’s a Northwestern book. I’ve also worked in corporate offices, and I think I brought something from all of those experiences to writing this book—sort of communities within communities that we work in. A university is a really great example of a community within a community because it’s sort of part of the town it’s in, but it’s sort of separate from the town it’s in. The town sort of grudgingly accepts the university, but at times they really wish they weren’t there. And then for a mystery, it’s really helpful to have this community within a community because it sort of gives you a stage for the action to happen on. But also, a community within a community is a way to sort of push people up against each other in many different places and maybe don’t have all the same worldviews. A university is great as a setting for mysteries because it gives you a smaller stage on which to work and also gives you a diverse path of characters all kind of put together in this environment where they have to get along, they have to work together, but they don’t always have the same worldview.

“The Black Hour” centers around two people whose envisioned life paths turn out differently than  expected, though Amelia explains that crooked paths often still lead where you want to go. Do you feel like you’ve had a particularly unusual life path? Are you where you intended?
That’s a good question. I have not done any crazy things as far as I can think of. I live in a bungalow on the northwest side. I have a husband, I have a dog, I have a job. But I think in some ways what I was thinking about was my writing career. In some ways, it didn’t go the way I thought it would go because I’ve been writing my entire life, and I didn’t take it very seriously until two years ago. In fact, I didn’t write for five full years when I first moved to Chicago because I had a new job, I had a new city, I had— suddenly—this other person living in my house for the first time. There was just too much new, and I wasn’t creating writing time for myself. So I gave up writing accidentally for that five years. Now that I know how many books you can write in five years—a lot—I sort of regret those five years. But I also think, Well, if I had been writing that whole time, or if I had been doing something—anything—differently, I probably would not have written this book. I wouldn’t have written this story. If I had taken a different job or if I left my MFA program instead of going and working at a university campus, I probably would not have written this book. I’m interested in the whole idea that when you make a decision in your life, you are taking a direction and you are leaving another direction behind. And that doesn’t mean it’s a bad thing, it doesn’t mean it’s a good thing. It just means you are making a choice. And you do that a lot.

What is next for you?
I sold my second book already. It’s tentatively titled “Little Pretty Things,” and it’s out next July from Seventh Street Books. That’s the same press. I have to finish writing it. I’m almost there. I really need to finish writing it very soon so I can put it aside for a while. This is part of my writing process: Put it aside for a while, and then come to it fresh and read it like it’s written by somebody else. And then I can know how to make it better and what’s wrong with it. There’s always something wrong with it. Actually, it’s a little bit more of this victim-blaming stuff. It’s also about relationships between girls and women. I’m really interested in women characters. I’m a woman, but I also like books that are about women, so that’s what I’m going to write.

Lori Rader-Day will be at two upcoming author events: July 15 at Cook Memorial Library, 413 North Milwaukee, Libertyville, at 7pm. Chicago Book Launch Party July 19 at The Book Cellar, 4736 North Lincoln, Chicago, at 7pm. Both events are open to the public.