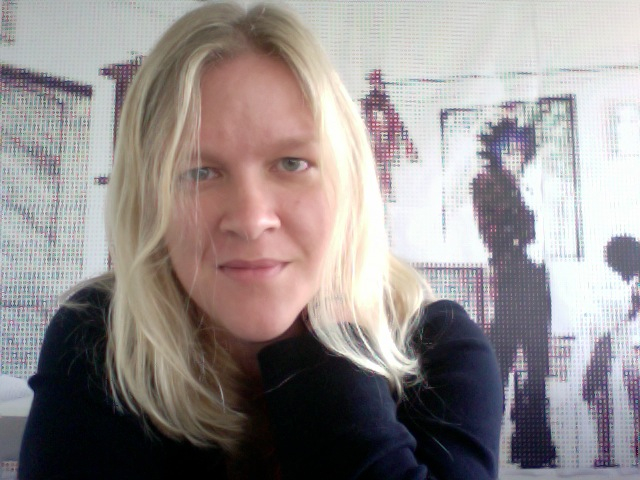 Megan Stielstra’s writing career is forever changing. She tells me this as we sit on couches in the office space for her new nine-to-five job, and it looks like a sushi bar, all square lines and pale stripes of wood and white blocks. The walls are whiteboards and she can’t wait to take a marker to them.

Stielstra’s writing career has never been about the best-selling novel she hoped to write. It took shape as she scrubbed floors in Florence and read a lot. When she went to Columbia College, she walked out of her first class feeling like she had smoked everything there was to smoke, so high was she from the excitement of writing.

The writing career detoured when a trusted professor asked her if she’d ever thought about teaching. Yet she can’t stand in front of a classroom without writing, or else she’d violate some incredible trust with her students. It still amazes her that they trust her with first drafts: she would balk at handing over hers like that.

To enrich her writing career, Stielstra needs to take in good work. She quotes Ray Bradbury saying “he feeds himself well” on good art. This exchange is ongoing, whether it’s student work or a really great TV show or something she enthusiastically rants about on Facebook. Now she gets to participate in it even more so with her essay collection, “Once I Was Cool.” She wrote it with the tone of running and racing in mind. This was a time where her husband and she worked six jobs between them. Where she didn’t know what to do with the baby she’d just had. Where the bank called them every day for six months as their condo mortgage slowly sunk.

Writing was not a career at first. Writing “was the daily practice where I figure out what I’m thinking and doing.” She does this mostly between 5am and 7am, when her six-year-old son wakes up. Then she goes to her job. Then she comes home and watches TV, maybe, or falls asleep on the couch. That has not changed from the “Once I Was Cool” days, where she wrote an essay called “Juggle What?”

In anyone’s writing career, she says, there is a lot of not doing anything at all. (Including Kafka’s, and you should really read some Kafka.) It may not be what you think of when you see her reading in a bar at 11pm. Or back in the days when she was mixing the drinks. Or drinking. “The doing is different now,” she says. “I want to put out work that means something now. For years that work was performance. It’s only been quite recently that I’ve been feeling the same way about the print work.”

Perhaps Stielstra first had a performance career. She’s one of the literary directors of 2nd Story, and a frequent reader at series as diverse as RUI and the Paper Machete. The first time she read, she shook so badly her papers shook, then she put her hands on the podium and the podium shook, and then she put her hands behind her back and her whole body shook. The Chicago community impresses her with “how genuinely people want to hear about your life. They want to hear you succeed.” She still freaks out when her students show up to readings.

Just because her writing career has focused on performance doesn’t mean she isn’t mindful of craft. She’s excited that her essays don’t sound particularly crafted: sort of. She wants you to feel like you can tell your own story, but she wants you to know the thing you do a thousand times a day is very different than telling it on stage and going through the work of rehearsal. She once had a director go over her story sentence by sentence. She knows that story of hers the best.

She’s studied Kafka. She’s studied Poe’s “Tell-Tale Heart” for the way time elapses, for the way the craziness heightens the moments, for the emotional layers, for the repetition, for the em-dashes. “When I write a personal essay,” she says, “I am trying to craft myself, but myself when and in what emotional state, and was I thinking clearly and how did I think it? Was I drunk? Was I high?”

As she talks about her writing career, she laughs and says, “obviously, there’s craft involved because what you’re hearing now, hearing me talk, this is what my first drafts sound like. I want this quality of the voice, but I want it to be clear that I’m saying something.” The more and more work she does in print, the more fascinating she finds the process. 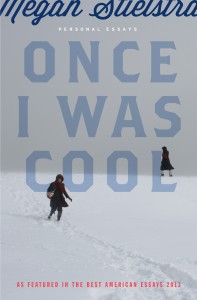 And the craft isn’t just about the writing. She subscribes to the idea that the unexamined life is not worth living. She confronts herself. One essay from the book, “Wake The Goddamn World,” about her landlord beating his daughter, gives her feelings of shame. “It’s much easier to talk about this crazy thing that I did rather than ‘here’s this thing and I carry a lot of shame.’”

She’s starting to wonder what will happen if she doesn’t shut the feelings of powerlessness down when confronted with larger issues of violence and privilege. “There’s a lot of stuff I’m not putting out because I don’t think it’s my story to tell, it’s somebody else’s, or it might hurt somebody, and I try to be thoughtful. There’s also some stuff that I want to talk about and I don’t think I’m a good enough writer yet. This isn’t it yet.”

She’s finishing up a novel now. Her husband’s art blog, Colossal, is blossoming and maybe her kid will run off and join the circus. At age thirty-eight, after slinging omelets and adjuncting, she finally got a job with an HR Department. “I’m able to slow down.” she says, “I’m not rushing as much as I always have.”

This changing career, this changing life, it’s OK with her. Walking away from the financially underwater condo made her feel like an adult. When she turned in the pages of “Once I Was Cool,” including the essay about her postpartum depression, “Channel B,” she said to herself, “I am done with essays.” About ‘Channel B,’ she thought, “Oh thank god, what’s the next thing.” And just recently she wrote an essay about her house burning down.

She doesn’t want to know everything there is to know—or even to know herself. “I like the idea of things changing. I’m forty, and I still don’t know who I am. And thank god I don’t know.” But if she can know one thing, she wants to know that someone besides her cares about the story she’s about to tell. “Or else the work isn’t good enough yet.”