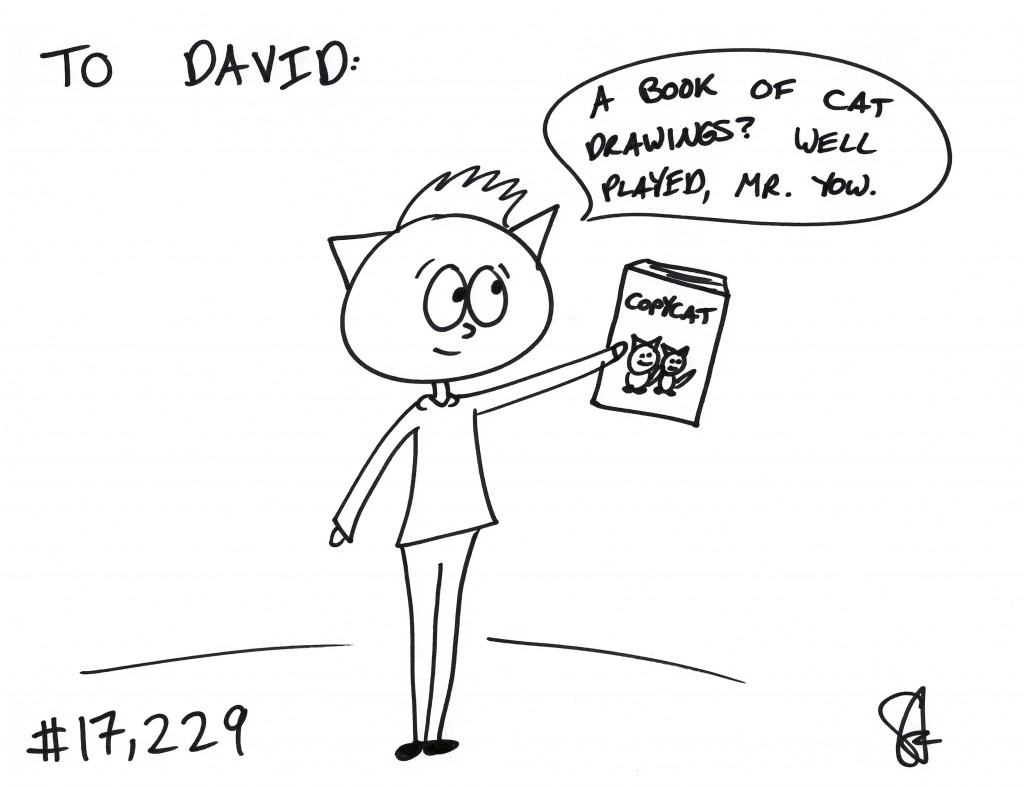 David Yow’s book “Copycat (and a litter of other cats)” features a collection of his cat artistry. When my wife picked it up and thumbed through it, she said, “this is pretty good,” and held on to it for another fifteen minutes. In most households, this would constitute a pretty good review. In my home, it meant a little something more.

You see, I also draw cats. A lot of ‘em. A few years ago I started a website called IWantToDrawACatForYou.com as a joke-slash-social-experiment. A fortuitous trip to ABC’s “Shark Tank” and a deal with Mark Cuban later, it has become an accidental business for me. To date, I’ve drawn 17,228 cats. So if there’s any person in this world who has an excuse to turn her nose at David Yow’s book, it’s my wife. A “pretty good” from her has to be worth at least a “totally awesome” from a non-cat-drawing family.

David’s cat-drawing technique is a lot more complex than my Sharpie doodles. He supplements each drawing with lush photographic textures. The selections range from literal (one titled “Cat Carrier” features a cat in a… cat carrier) to outright punny (the one titled “Catastrophe” features a cat with a trophy on his… butt). And each page is delightful. These are premium cat drawings, quite worthy of this handsome hardcover book. 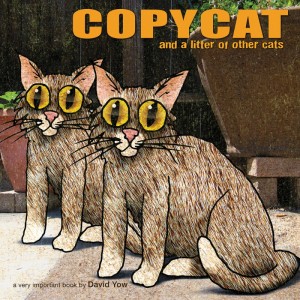 I like it. It’s an easy book to read cover to cover, and I imagine it will occupy any guest that finds it atop your coffee table. It never tries too hard to be hilarious, and settles for merely tickling your fancy through light comic fare and visual punnery.

While I thought I had the whole cat-drawing market cornered, it appears that David Yow has hit upon a way to make a lot more buck for his bang. I admit that every time my lips curled with glee, my soul curled a bit with jealousy. Assuming the book sells well, this man has found a way to make decent money off of seventy cat drawings. And while I’ve got enough drawings in my library to pull off something similar, I’m not sure the market is ready for another copycat. It appears to be a bit caturated at the moment. 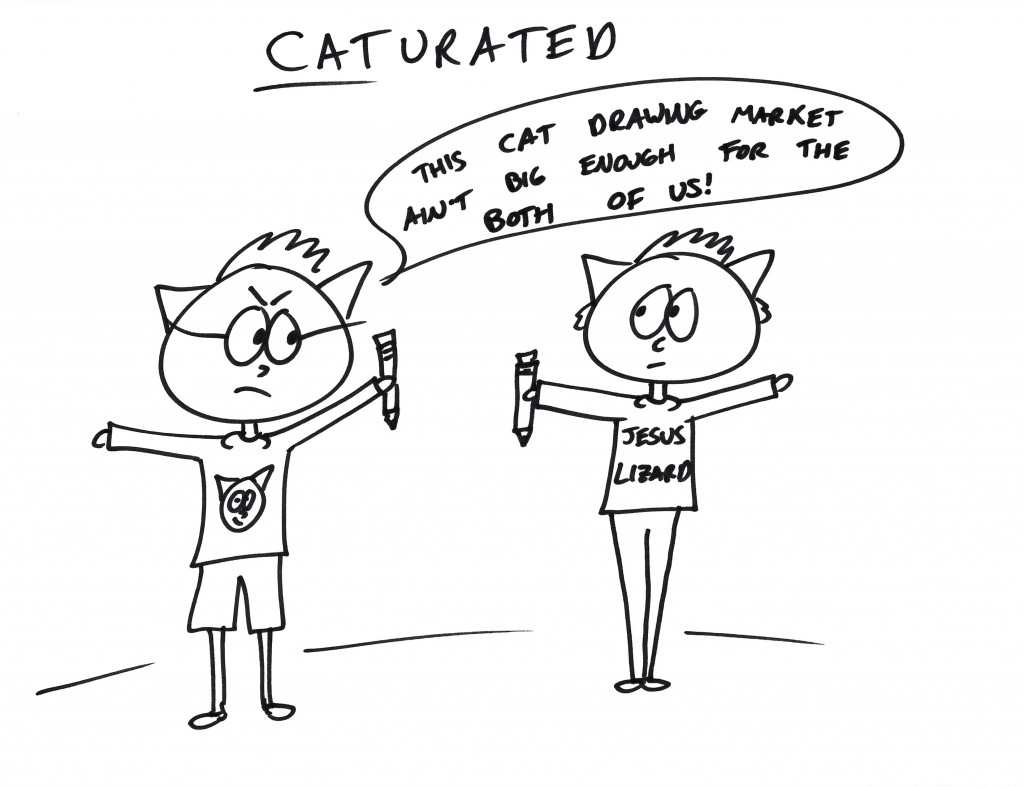