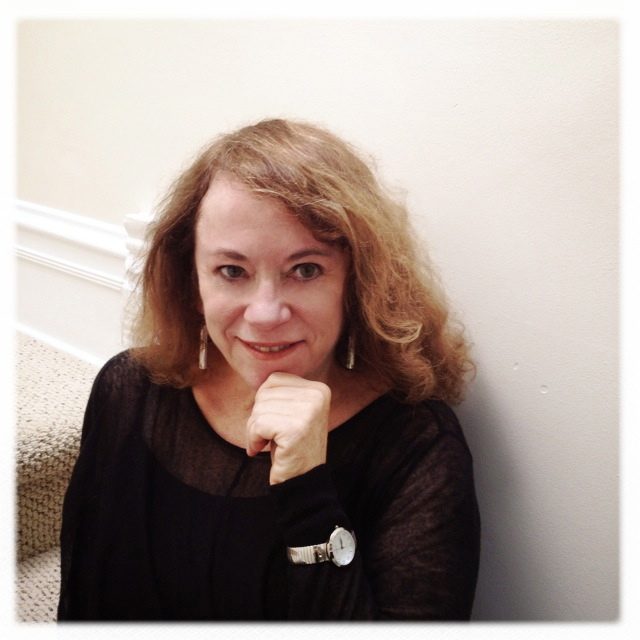 I first became familiar with Columbia College professor Garnett Kilberg Cohen’s stories a couple of years ago when I read one of her two previous collections, “Lost Women, Banished Souls.” Immediately apparent in these stories is Garnett’s light touch and her talent at writing about love in its many complex permutations. When she asked me this past spring if I’d be willing to read an advance copy of her newest story collection and, if I liked it, send her Milwaukee-based publisher, Wise Blood Books, a blurb, I was happy to do so. Many of these new stories balance on the narrow, spiked fence between comedy and tragedy, and love—its protean nature especially—is again a key theme. Garnett and I recently exchanged some thoughts about “Swarm to Glory.”

Tell us a little about your new collection.
The central motif that runs through the collection is that of endings. Some could be monumental endings, such as the end of a relationship in “Bottle of Wine,” or the end of life itself in “Appropriate Behavior.” Then again, some might be considered superficial endings, such as in “The Woman with the Longest Hair,” where a haircut is significant only to the characters involved. In the face of such endings, my characters often must decide whether they will be ruled by these endings, or whether, in spite of the ephemeral nature of all things, they will “swarm to glory.”

Your stories are structurally innovative, humane and so full of curatorial detail; I loved immersing myself in each of them. How do you begin? With an image, an idea for a title?
I seem to have three or four different ways of entering a story. I recently looked through the collection and tried to remember how each of them began. Some started with images—I know “Swarm to Glory” started with the mental image/memory of bees swarming around a tree. Others, such as “The Fence” and “The Woman with the Longest Hair,” began with characters. For example, during a residency at Virginia Center for the Creative Arts, I met a woman with incredibly long hair who used it as an excuse not to go swimming because it would take her hair too long to dry. I started wondering about why she wanted to maintain such long hair and what other problems having hair reaching below one’s knees might create. Most of the rest of the story is imagined. “Triangulation” began with the robbery scene, a true story my son told me about when he and his girlfriend were held up at gunpoint. The rest of the story is fictional or drawn from other nonfiction sources from my life, but I became intrigued by the idea of actually starting a relationship at gunpoint (though I don’t recall whether or not my son and his girlfriend were already a couple then or not—they are no longer together).

“Bad News,” a story narrated by the daughter of a woman who relished sharing stories about people they know who have suffered tragedies, is both moving and darkly comic. I’m curious about how it began, and how you decided to put some of the mother’s declarations in italics, as if they are section headers.
The italics are intended to represent the actual spoken conversation taking place between the mother and daughter, while the longer parts, the sections not in italics, are meant to take place solely in the narrator’s head. Part of my intention (and genesis for the story) was a quotation I read someplace about the greater parts of conversations being unspoken, taking place in the speakers’ heads. I tried to think of how much I thought but didn’t say when talking to another person. It seems to me that almost every conversation has an internal monologue running alongside the spoken one. The mind covers a lot more ground more quickly than spoken language—and can often be more forthright.

Along with writing short fiction, you’re an accomplished essayist. Do you prefer writing in one genre over the other? What about as a reader, i.e. would you rather read a novel than a collection of essays or vice-versa?
At different times, I prefer writing different genres. I write poetry as well. But overall, I don’t think I prefer one genre over the other. What I write usually seems to be driven by the material—how far I want to take a story or imagine a character, how much I need to make up (or not) to have it be interesting. Some real-life events or ideas simply would not be as interesting as they are when fictionalized and vice versa. Sometimes I don’t have enough nonfiction material to make my idea into an essay. For example, I knew nothing about the woman at the arts colony with the long hair besides the fact that she had very long hair. I wasn’t interested in interviewing her, nor was I interested in researching hair lengths or styles, or ruminating on the concept. I wanted to know how a person with such hair might feel and act, what might motivate her. I wanted to have fun with an imagined person, see where she took me. With essays, I am sometimes interested in simply ruminating on a subject. An essay I recently wrote for The Prague Revue just explored the prevalence of teeth whitening, while weaving in my own dental experiences/anecdotes. But I might focus on a person in nonfiction. I have published several essays about my mother’s struggle with Alzheimer’s. In that case, I wanted to know specifically how the disease was affecting my mother—but I also wanted to do some research on how it would progress, what my chances were of getting the disease. Also, and this is the somewhat cold part of being a writer, I had (still do have) my mother to observe on a regular basis and am interested in documenting her decline. It is very sad to witness but it would feel wrong (in this case, right now) to fictionalize it.

As for reading, I switch back and forth a lot between fiction and nonfiction. I can read anything if the language is lovely and compelling (but that’s a whole different question—what makes something compelling and that can be different for different people at different stages in their lives). I have always loved memoirs. That said, again, my preferences are often driven by the material. A few years back I was reading and enjoying a piece in a magazine that I thought was nonfiction. When I realized that it was fiction, I stopped immediately, thinking this is terrible! I realized that I found the situation interesting and unique when I thought it was real, but unbelievable when I realized it was fiction. And the language alone was not enough to carry me. Fictional pieces sometimes require a little more work to make the reader believe.

Who are some of your main fiction-writing influences?  I can see Alice Munro, for sure.
How wonderful to be compared in any way to Alice Munro! I love how she explores relationships. But even more than that, I admire how she works with time, space and movement in her stories. She is often thought of as a traditional writer, but what she can do with these elements is amazing, more innovative than anything I’ve seen by some writers who are labeled as experimental. You think you know what she is doing but then she pulls the rug out or takes you someplace you never expected to go.  One of my favorite stories of all time is James Baldwin’s “Sonny’s Blues.” I have learned from so many writers. I also love Flannery O’Connor (she was a huge influence in my twenties and thirties particularly), Eudora Welty. Elizabeth Strout’s “Olive Kitteridge” was terrific. In the last few years, I’ve been particularly partial to linked stories. Stuart Dybek, a former teacher of mine, is incredible. When I love an author, I study how they do things—everything from how their characters interact to the way they construct images and sentences. Coetzee’s “Disgrace.” Nadine Gordimer’s stories (not her novels as much). Joyce Carol Oates (about half of her work). Once again, different influences at different stages in my life. I could go on for a long time here. Interestingly, I was surprised recently to see on someone’s Facebook page how many women writers were influenced by reading “Harriet the Spy” when they were girls—I count myself among them. 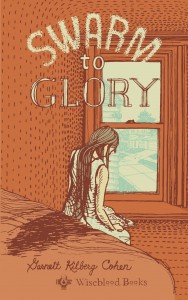 If you don’t mind telling us, what are you working on now?
I’m working on several things simultaneously. A new story collection. And three memoir pieces—the one that feels closest to finished is a memoir about my cousin’s murder in 2010, a very painful piece to write. That said, it’s really nice to have so much writing going on that I always have something to work on; but because I feel committed to finishing these I am missing having as much time to play with new pieces or start a new project.

[…] endings, which range from the deaths of loved ones to the withering of romantic relationships. In an interview with Newcity Lit, Cohen said, “In the face of such endings, my characters often must decide whether […]