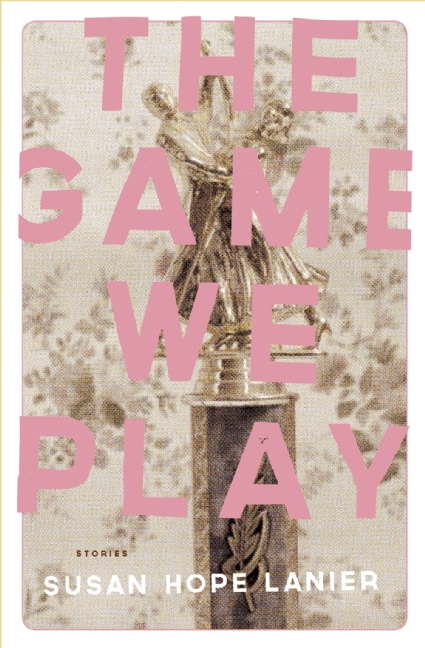 When dealing with short story collections that aren’t what we like to think of as “novels in stories, ” there’s an overriding philosophy that the first and last stories are usually the best two stories of the collection. The stuff in between is usually good, sure, but first and last stories are there to anchor the collection at both ends. The first story entices you to read the collection, while the last should send you off with an overwhelmingly positive opinion so strong you forget any duds that were in the middle. What makes Susan Hope Lanier’s debut collection “The Game We Play” odd then is that I don’t think it’s necessarily arranged this way.

Nevertheless, the biggest knock I can give against Lanier’s debut is that my favorite stories are buried in the middle. Not that the collection’s opener, “How Tommy Soto Breaks Your Heart,” doesn’t manage to entice, combining teenage angst and the aftermath of 9/11 to create a nice little flash piece, but it has a hard time competing with “Sophie Salmon” and “Felicia Sassafrass is Fiction.” “Sophie Salmon” is the story I would describe as more or less the collection’s heart: an optimistic, funny and touching love story that’s incited by what is likely the impending doom of its titular character. “Felicia Sassafrass is Fiction,” on the other hand, is the most adventurous piece of short fiction that I’ve read in a long time. It’s most easily described as like that part of “Breakfast of Champions” where Kurt Vonnegut decides to drop in on Kilgore Trout, but even as the biggest Vonnegut fan in existence, I have to admit Lanier is better at using language to position the author’s relationship with her creation, mocking the cliché gestures she gives Felicia, “She crosses her arms or falls to the floor, her eyes turning into two watering stop signs.” “Felicia Sassafrass is Fiction” does an exemplary job of capturing the kinks in the creative process; I’m a sucker for stories like that.

Like all collections though, “The Game We Play” has a small handful of stories that don’t quite live up to the rest of the collection. “Raz Jan” is effective when exploring the relationship of its teenage protagonist with his distant father, but leans a little too heavily on the melodrama of its inciting incident, an accidental pregnancy that prompts the son to steal. Also melodramatic is the collection’s one complete misfire “Nighthawk,” a story of an IHOP trip gone bad that never quite got me to care about its characters enough to feel bad when one gets killed. Lanier unfortunately ends the collection with one of her more middling efforts. It’s not that “At Bat” is a bad story; it’s a clever little inversion on the most famous piece of literature ever written about baseball. It’s just that as parting effects go, it is blown out of the water by its immediate antecedent, the heart-nuking “Now That All Danger Is Averted,” which perfectly captures the complete destruction of its protagonists’ marriage with its final passage:

“The plan is to pretend to be strangers. They wander the bright grocery store aisles in search of something new…[Olive] is examining the oranges when a hand reaches for the exact same one. His warm fingers brush over the back of her hand and Olive pulls hers away.”

While I believe “The Game We Play” could have been arranged in a way that would have better framed Lanier’s talents,  I enjoyed “The Game We Play” far more often than I didn’t. It’s a solid debut that showcases its author’s ability to beautifully render pain, while keeping a spirit of play alive through its end. (Brendan Buck)