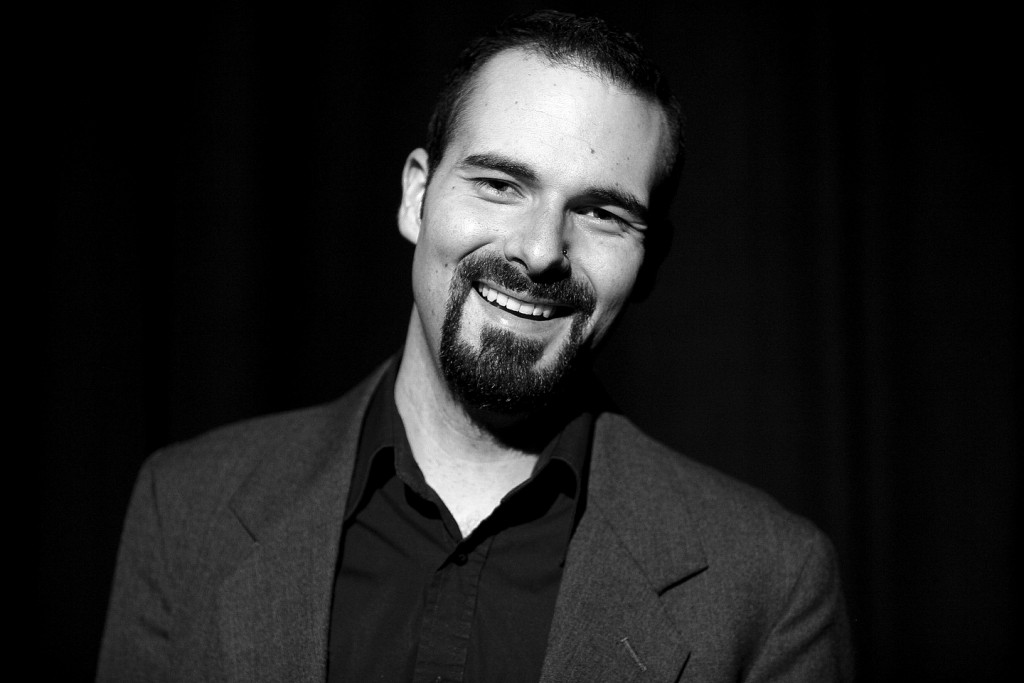 J.W. Basilo probably wouldn’t describe himself as a freedom fighter, but that just might be what he is. His live lit show LitMash, presented by Chicago Slam Works, is breaking down barriers, proving that labels don’t define us; we are more than that, better than that! A poet doesn’t only need to socialize with (or compete against) poets, for goodness sake. They can journey beyond the enjambed line, befriending paragraphs and one-liners along the way.

At least that’s Basilo’s vision for LitMash, which usually runs the first Monday of every month in the Drinking and Writing Theater at Haymarket Pub & Brewery. The nondiscriminatory literature slam puts poets, storytellers, essayists and standup comics side by side—as long as the piece is six minutes or less, anything goes.

“The impetus behind the show was to expose people to different [literary] scenes,” Basilo says. Entrenched in the live lit movement, he realized that some people might regularly attend a storytelling show like The Moth, never realizing they would also love performance poetry. Or poetry-slam gurus might only need to hear one great story to discover a whole new world. “It’s cool to see all different types of people competing on the same stage, meeting each other and getting to understand each other’s work,” he says.

That doesn’t mean the show, which has been running for a little over a year, is all peace and love. Like any slam, it involves some cutthroat competition. If you’re unfamiliar with the slam format—which was originated by Chicago Slam Works founder Marc Kelly Smith right here in Chicago—performers are rated on a scale of one to ten, usually by randomly selected audience members turned judges. At LitMash, the performers with the top two scores advance to a final round where they go head-to-head, battling it out for $100 cash money. The audience at large also has the opportunity to vote for their favorite performer and if the winner of that vote isn’t already in the final round, they too advance.

However, “No one cares about the score. Applaud the performer,” Basilo calls to the audience after each piece. And that is what the audience does. Beers in hand, they are encouraged to “cheer like drunk soccer moms.” It’s not everyday you see a crowd go wild for a poem about OkCupid, a spoken-word piece about the struggles of a workaday life, and a story about a misunderstanding involving the name Jack Mehoff. But that’s what you’ll find at LitMash. (Paula Carter)