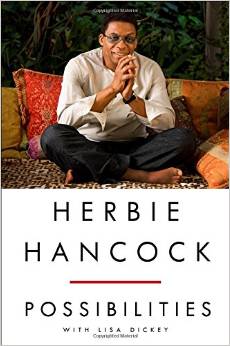 Chicago-born piano wizard Herbie Hancock aptly opens his autobiography by recalling a Stockholm concert when he played the wrong chord with the Miles Davis Quartet: “Miles pauses for a fraction of a second, and then he plays some notes that somehow, miraculously, make my chord sound right… And then Miles just took off from there, unleashing a solo that took the song in a new direction. The crowd went absolutely crazy.” That night, Davis (who famously said, “Do not fear mistakes. There are none.”) ultimately offered the young Hancock a musical direction for life: integrating the “wrong” chord into the performance matters more than playing the “right” chord. Perhaps Davis reiterated the advice when he warned Hancock against playing “butter notes,” or to just “play nothin’” when not knowing what to play. Jazz isn’t unlike theater, or life itself: silence is powerful, and listening is everything. Jazz is no place for safety; copying anyone, or reproducing last night’s performance, is deadly.

Hancock forged ahead, pushing the boundaries of sound in search of truth, dabbling in all genres from acoustic and electric jazz, to R&B and funk, from the Rudy Van Gelder-engineered Blue Note recordings like “Empyrean Isles” to the spatial odyssey of “Mwandishi,” from the groundbreaking 1973 “Head Hunters” for Columbia to his triumph at the Grammys in 1984 with his hip-hop MTV smash “Rockit,” and then again in 2008 when his tribute album to Joni Mitchell, “River: The Joni Letters,” took home the Grammy for Album of the Year—the second jazz album to do so since “Getz/Gilberto” in 1965. Also notable is his starring role in Bertrand Tavernier’s “Round Midnight,” which score was performed live, earning Hancock an Oscar in 1987. “Possibilities” mostly relies on anecdotes about how musical projects came to be and how Hancock’s Buddhist faith gradually centered his life, which nearly crumbled from a rapid crack-cocaine addiction in 1999. Readers will certainly appreciate the vastness, audacity and indelible influence of Hancock’s talent, but will perhaps long for the kind of introspection and urgency that made jazz memoirs by Nina Simone, Billie Holiday and certainly Miles Davis, searing and unforgettable. (J-L Deher-Lesaint)