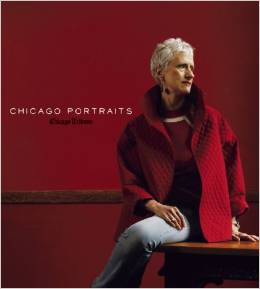 “Chicago Portraits” has a simple but noble mission: to celebrate Chicago while highlighting the hard work of Chicago Tribune newsroom photographers, whose names often go unnoticed. While the digital age has cataloged images for all to enjoy, it has also opened doors to intellectual property theft, making it easy for one to print or distribute images and rob photographers, both famous and not so famous, of royalties. Furthermore, technical innovations like tablets, the smartphone, camera apps and social media have allowed too many users to fancy themselves as talented, knowledgeable photographers. This line of thinking hurts the public every bit as much as the professional lensman or woman with a lifetime of craftsmanship: the public expects less of the art itself while legions of trained and talented artists suffer in oblivion. This handsome coffee-table volume offers a chance to momentarily reverse this hateful trend and take in photographs with the proper printing (and credit) their authors deserve.

The photographs range from the early 1900s to 2013. The usual Chicago suspects make appearances (the Daleys, Obamas and Belushis, fallen governors, Studs Terkel, Gary Sinise, John Malkovich, Billy Corgan, Gwendolyn Brooks, Oprah Winfrey), but also included are a few subjects whose blood ties with Chicago might have been forgotten, such as the future “Vertigo” iced blonde Kim Novak in 1947 sporting a two-piece bathing suit on the Lakefront; or the late Chicago-police-officer-turned-character-actor Dennis Farina in 1988. Equally arresting are the shots of legends who visited Chicago over the years: Louise Brooks, Frank Capra, Charlie Chaplin, Maurice Chevalier, Joan Crawford, Douglas Fairbanks or Marilyn Monroe. Some of the most arresting photographs include a close-up of disgraced Cicero Town President Betty Loren-Maltese after seven years in federal custody, cigarette in mouth, autographing a dollar bill at a garage sale of her belongings, as well as tender portraits of everyday Chicagoans, such as a couple of thickly-bearded gay artists posing barefoot at home with their cat before artwork-lined walls. As its pages are turned, “Chicago Portraits” will spark conversations and stir memories. (J-L Deher-Lesaint)