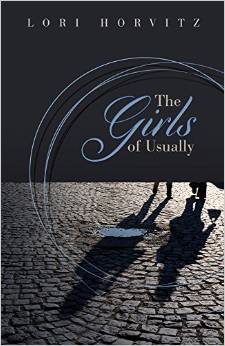 “The Girls of Usually” is Lori Horvitz’s debut, bite-sized chunks of memoir from a woman of many places. Now an English professor in North Carolina, Horvitz would periodically interrupt her New York City life in her twenties to traverse Europe. Those twenties were edgy politically and personally. Burdened with a Communist sometimes-boyfriend, living in an AIDS-ravaged neighborhood, Horvitz slowly realized her burgeoning lesbian identity, complicated by her youth.

Her essays stay brief when dealing with her childhood and mid-twenties, growing longer with age and importance. Characters and objects illuminate Horvitz’s history and locale. Communist Russia is defined by blonde, blue-eyed Rita (the anarchist British tour guide, the first woman Horvitz ever sleeps with) and the packs of gum she trades with locals on the Trans-Siberian Railway. Beth, a compulsive liar Horvitz meets through online dating, has her craziness exposed by a house crammed full of shoes and wood and tennis rackets. This echoes back to Horvitz’s deceased mother, who filled the fridge with rotting single-serve milk cartons and left the writer with a fear of antique shops and their dark, high-piled furniture lurking in corners. The collection’s latter half is a parade of unstable women Horvitz chanced upon or sought with a decreasing sense of hope—a pattern Horvitz attributes to a constant, unconscious search for a woman like her mother.

Disconnection, alienation, secret and thwarted desire thread through these pieces, along with Horvitz’s shame about her lesbianism and Jewish origins. In childhood she idolized the “shiksa,” a stock photo of a blonde woman in a picture frame on her family’s piano. Grown, she feared telling her family about her partners, who in addition to being female were often of radically different backgrounds than Horvitz herself. The wriggling away from these twin shames is powerfully documented. Horvitz seems comfortable only in hindsight, yet she stays a steady narrator, guided by fear yet still managing adventure. (Liz Baudler)