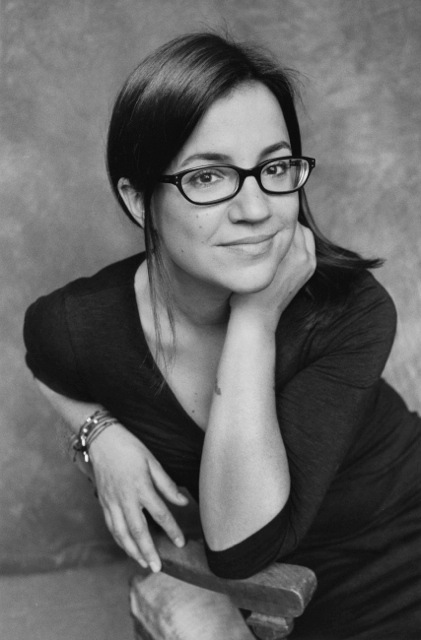 “Blue Stars,” the new novel by Chicagoan Emily Gray Tedrowe, presents us with an original prism through which to view the complexities of military life. As the sister of a military man herself, Tedrowe is intimately familiar with the struggles of those who are left behind during war. “While he was there, I didn’t want to think or write about the experience,” Tedrowe says of her brother’s service. “When he returned, I started to think about those on the home front.”

To those of us outside its ranks, the military and its members tend to be viewed in absolute terms: the organization must be supported at all costs, and those who volunteer are considered noble and beyond reproach. Those who do not support the military’s mission or who question it in any way are regarded as unpatriotic. Tedrowe’s novel successfully questions the wisdom of these two-dimensional notions through a rarely considered angle, the women waiting at home during war in the digital age, and their experiences after the fact. “Blue Stars” presents the reader with the stories of two women in military families during the Iraq War who possess very human strengths and flaws. Ellen, the refined English professor whose legal ward Michael enlists not long after she becomes his guardian, agonizes over his choice to join the Marines. Ellen believes “that a boy from the frozen upper Midwest should play any part in Iraq’s woeful current mess [is] absurd to the point of existentialism.” In another part of the country, Lacey, a trainer at a local gym and a put-upon Army wife, is left behind to counsel other Army wives as she struggles to keep going amid her own challenges. Ellen and Lacey meet at Walter Reed after their men are injured in the line of duty. 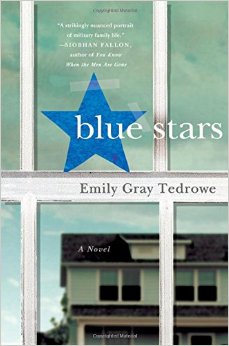 Ellen and Lacey face a slew of unrealistic expectations: they are to fly their blue stars with honor (a reference to the service flag signifying that someone in the immediate family is serving in conflict), hand over their men to a war half a world away with pride, handle their men’s injuries like saints when they come home gravely wounded, and get by on only a portion of the pay to which they were previously entitled since their men can no longer serve. Even at an institution the size of Walter Reed they struggle in isolation with the consequences of war, the “overflow of men being warehoused in substandard buildings…the numbing forms, the redundancies, the mindless bureaucratic maze of offices spread out miles apart.” Tedrowe paints a distressing picture of the military complex that seems to take a distanced approach from those injured in war, and presents a sophisticated, nuanced portrayal of the family members who care for them and the price they pay to do so. (Amy Friedman)