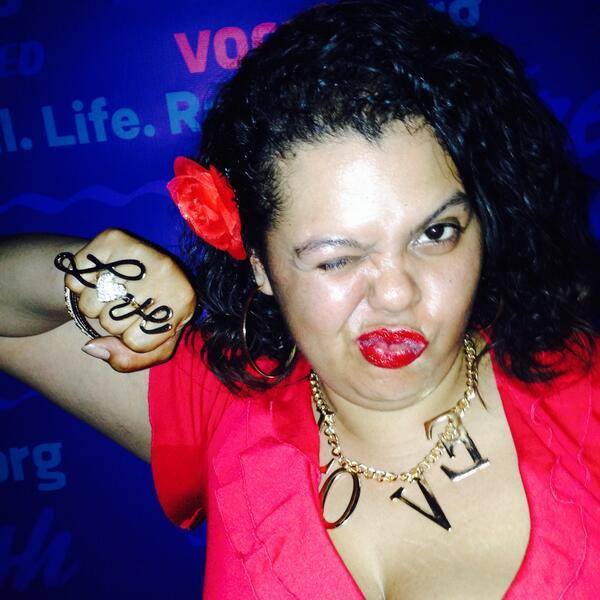 For Humboldt Parker Lily Be, life is not just a menagerie of thrilling, touching and rip-roaringly hysterical stories. For Lily, it’s personal. And it comes with tamales.

Lily has been a fixture in the storytelling community since 2009. In addition to founding her own show, “Stoop-Style Stories” in August of 2012 with co-host Clarence Browley, Lily has thrown herself into the storytelling scene. She has been featured in an array of programs such as “Do Not Submit,” “I Shit You Not,” “Guts & Glory” and “Essay Fiesta,” to say nothing of countless open mics and appearances on Vocalo and WBEZ, until her appearance at The Moth propelled her into the spotlight, leading to a hands-down victory at The Moth’s StorySLAM competition at the Park West in June of 2013. She was the first Latina to win the competition.

Throughout this rigorous campaign of sharing her experiences, Lily refuses to negotiate her way through the numerous drafts that many storytellers do, if any at all. “I’m not a writer,” she explains. Instead, Lily relies on her mood, the vibe of a room, the natural cadence of personal interaction to guide her stories.

While the storytelling community might be concerned with or inspired by the healthy competition to be found at the numerous events throughout the city, Lily’s ethos of storytelling, as shared on Facebook, is wholly grounded: “When I share a story… I am competing with myself. I don’t take the competition part of it as seriously as some people may think. When I go up there it’s more about sharing my story in the best way I possibly can. I’m here to entertain and connect.”

The strongest connection for Lily Be, offstage, is—of course—her teenage son, Xavier Retana. Lily has taken the time to instill her self-challenging and entertaining values in her son, who took to the stage in May of 2014 and won Audience Favorite at the monthly show, “Here, Chicago,” two months before his mother took away top honors. Additionally, Lily, who remains concerned that most storytelling events are for audiences who are twenty-one years old and up, has volunteered in the Austin neighborhood to impart the importance and beauty of storytelling to children between the ages of six and eighteen.

Meanwhile, Lily has kept up her partnership and monthly appearances with Clarence, truncating “Stoop-Style Stories” to “The Stoop,” currently based at Rosa’s Lounge in Logan Square, but with pilgrimages to various other venues and shows including, most recently, the “Fillet of Solo.” The concept of “The Stoop” is as straightforward as Lily is; it’s a forum in which storytellers, both featured and in an open-mic segment, take the opportunity to simply share short and poignant stories from their lives, as friends do when sitting on the front stairs of a shared or communal home. “The Stoop” recently celebrated its two-year anniversary at Rosa’s, made all the more personal by Lily’s onstage charm and realism. And, of course, her 200 homemade tamales. (Vincent Truman)