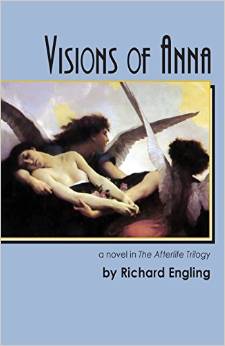 Each artistic endeavor, to one degree or another, symbolizes a quest for immortality. The tragic irony, of course, is that most art does not survive. For every Shakespeare play taught in schools, produced on stage, and adapted into feature films, countless other plays dissolve into the ether of history, unacted, unread, untouched.

Two new novels approach questions of mortality, art, identity and self-actualization in distinct ways. “Visions of Anna,” Richard Engling’s semiautobiographical novel, is based on his friendship with writer Fern Chertkow, who ended her life by suicide in 1988. Engling balances the novel’s elegiac tone with robust characters whose lived experiences belie its somber premise. Matthew Harken, the novel’s main character, is a successful screenwriter battling terminal prostate cancer. Upon learning of the suicide of his friend Anna Toyevsky, a fiction writer with a troubled past she could not reconcile, Matthew sets out to determine what caused Anna to take her own life. In the process, he comes to a spiritual awakening of his own, a revelation that prompts him to reassess his time with Anna and his own personal life and artistic pursuits.

The novel’s most transcendent moments occur in Matthew’s flashbacks to the time he spent in Paris with Anna. Both young emerging writers subsisting on meager meals in less than modest living situations, Matthew and Anna immerse themselves in the Parisian literary scene. In recalling these memories, Matthew squires readers through a vision of The City of Light so charmed and romantic even he questions whether it truly was as magical as he believed it to be. Engling displays an enviable gift for dialogue and a painter’s eye for clear detail. 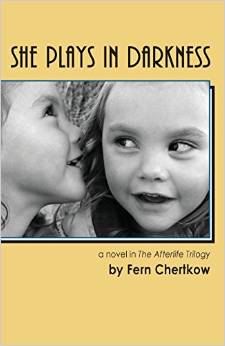 In “She Plays in Darkness,” Fern Chertkow crafts a novel rife with mood and sentiment. Through Chertkow’s protagonist, a painter/legal secretary named Cynthia, readers encounter a roster of characters that float in and out of this young woman’s world, some barely registering with her, others impacting her life irrevocably. A year-long separation from her identical twin Rosemary (the Rose) forces Cynthia to construct an identity all her own. Like Anna, the muse of Engling’s novel, Cynthia is dedicated to painting yet must reckon with smarmy lawyers and assorted numbskulls in order to make her way. The gift of this novel lies in Chertkow’s ability to withhold obvious declarations from readers and to allow us to make our own discoveries, as Cynthia makes hers.

“Visions of Anna” and “She Plays in Darkness” comprise the first two parts of The Afterlife Trilogy. Part three, the play “Anna in the Afterlife,” also written by Richard Engling, opens at the Polarity Ensemble Theatre on April 22. Although these novels are not companion pieces, as part of a trilogy one cannot avoid comparisons. While “Visions of Anna” contains a strong authorial voice, motivated characters, and a plot that propels the book, “She Plays in Darkness” meanders and struggles to cohere, owing to its main character’s diffidence. But this is exactly the point this pair of books is trying to make: Anna and Cynthia are as unknowable to themselves and to us as they are to the characters that inhabit their respective novels. Engling and Chertkow take different approaches to pose the same questions to readers: Can we ever really know someone? At what cost do artists sacrifice themselves for their craft? What, if anything, exists beyond death? (Jarrett Neal)