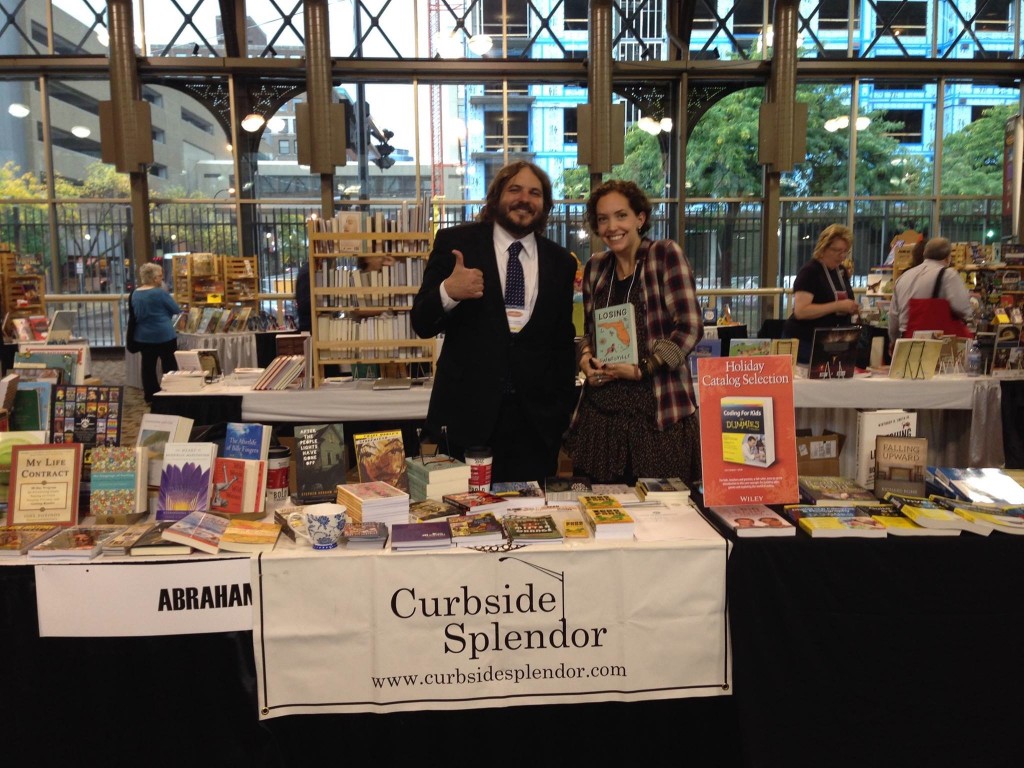 Independent publishing press Curbside Splendor recently announced a substantial shift in roles after a successful year in 2014 in which they published more than twelve books compared to their average of about three the years prior. Founder and publisher Victor Giron attributes that incredible leap to the diligence of Naomi Huffman, who has been promoted from managing editor to Curbside’s new editor in chief. The change in responsibilities also includes Catherine Eves as the new managing editor, Jacob Knabb as senior editor, business development and Ben Tanzer as senior editor, acquisitions.

In an email exchange regarding Huffman’s new position, Giron says, “Because of how she handled numerous responsibilities and challenges, showed a keen eye for editing and managing the editorial/publishing process from beginning to end, I thought she was the right person to become the editorial voice of Curbside Splendor and lead us forward.”

Huffman has been with Curbside for a little over two years now and for the past year, it has been run out of her own apartment. But she speaks humbly about her experience, saying, “…it has been richly educational to me. I bring a scope of experience, an industrious work ethic, and most importantly, I think, a lot of love for the authors I work with and the books we produce.” Her new responsibilities will involve working closely with staff to ensure the works they choose have a wide spectrum of voices and perspectives. She will also be working directly with the authors, helping them shape their novels to their full potential.

With Huffman and Eves both on board as full-time staffers, Eves says, “Naomi and I will have more of an influence about what we’re going to publish. It’s a really exciting time for Curbside, and I’m lucky to be a part of it.”

Huffman is no stranger to the lit scene, her work has appeared in Newcity, Bookslut and the Chicago Tribune. She also co-hosts The Marrow, a monthly nonfiction reading series along with writer Leah Pickett and produces Book Fort, an annual traveling interactive book fair that appears at Chicago’s Printers Row Lit Fest and Pitchfork Music Festival. She was also previously the lit editor for Newcity Lit. Newcity editor Brian Hieggelke speaks highly of her, saying, “I’m not surprised by her ascent at Curbside because beyond her professional competence, she’s a genuinely great person and I wish her the best in this new role.” (Mahjabeen Syed)