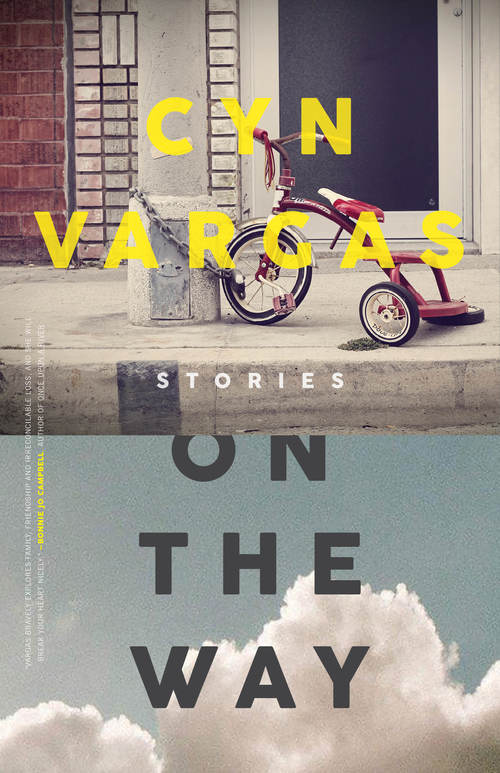 Cyn Vargas’ debut short-story collection, “On the Way,” insistently taps familiar themes: abandonment, loneliness, secrets, blossoming womanhood. The fathers are always gone, the secrets are never told, the girls are never friends. The slim volume feels full, perhaps because it holds so many people like Selma, whose mother was kidnapped in Guatemala, or Lloyd, who works listlessly at the DMV, and they are all so poignant in their wanting. Their internal narratives slipstream alongside a world that won’t give them what they want, and if they somehow get it—rare—it’s with a healthy helping of mixed feelings.

My favorite stories are “The Keys,” where thirteen-year-old Sara, on vacation in El Salvador, realizes that her beloved Abuelo sneaks out to visit a strip club while her Abuela slumbers every night, and “Get It On,” where a man struggles to find his pregnant wife desirable. These stand out because the characters take action, solve a problem and learn something. It’s a simple arc, but atypical for “On the Way,” yet feels just as reflective of the outside world as all the other arcs Vargas’ characters travel.

Her language feels like a colorful swirl, whether it illustrates sunny Guatemala or gritty Chicago. Her writing veers between brusque and elaborate sentences, third and first person, but never feels prescribed, always appropriate and real. She’s got, quite simply, a way with words. Here a narrator describes a woman watching her daughter pretend to be a version of her absent father, a version concocted to spare her truth: “The plop-plop-plop of Myrna’s oversized plastic shoes drove my Tia Concha crazy. I could tell by the way her shoulders scrunched up like she was about to sneeze, but she never did tell Myrna to take them off.”

Occasionally, the reader might feel that a story’s inciting incident is unresolved to its detriment, or that information about place or characters could have easily been cut. Personally, I’d be interested to see Vargas tackle different subjects or form, perhaps nonfiction essays. The appeal is in her writing, the voice that is assured even when the people she is writing about are not. (Liz Baudler)