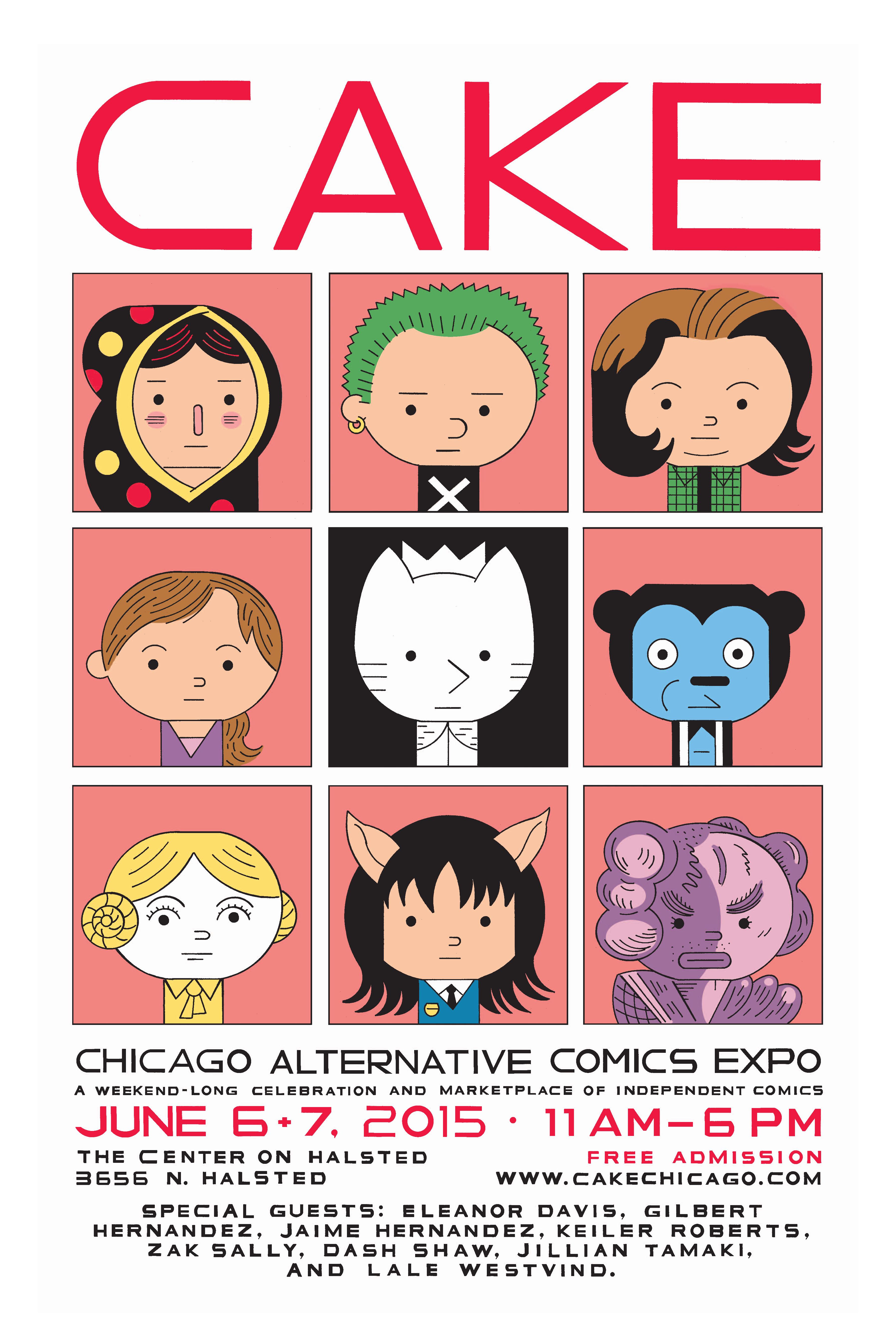 Move over Comic-Con, you won’t be the only expo drawing in the crowd this summer. Chicago Alternative Comics Expo (CAKE) will have its fourth iteration take place June 6-7 at the Center on Halsted. CAKE celebrates the talented artists behind alternative and underground independent comics during this weekend-long event that features comics for sale, exhibitors, workshops, panel discussions from the pros and more. The icing on the cake is, it’s free and open to the public.

CAKE was founded in 2012 with the commitment of Neil Brideau and Edie Fake. They were Quimby’s Bookstore employees and cartoonists who asked people on the alternative comics scene to help organize a festival to applaud other small-press shows that were beginning to emerge in several major cities, explains CAKE organizer Max Morris. Concerned about the misconceptions that some have about comics, Morris explains that there should be no boundaries: “Comics are not a genre that other mediums move through. Comics are a medium, a format, in the same way as painting or television is, but is a medium finally coming to its full powers.”

Some of the highlights from this year include the Hernandez Brothers (Jaime and Gilbert Hernandez), creators of the comic series “Love and Rockets,” which they have worked on for more than three decades and have been on CAKE’s wish list since the festival launched. CAKE organizers are also excited to have Eleanor Davis, Jillian Tamaki, Dash Shaw, Keiler Roberts, Zak Sally and Lale Westvind as their special guests.

Panels aim toward letting readers in on the themes woven into some of the comics. “The Golden Age(s) of Comics,” for one, welcomes Jillian Tamaki, Dash Shaw and Sam Sharpe to talk about how coming-of-age narratives figure in their work. “What I Do Is Secret,” a conversation with Zak Sally (“Recidivist Vol. IV”) and Mickey Zacchilli (“Rav 1st Collection”), deconstructs the familiar comic book storytelling techniques.

While you’re at the expo, don’t forget about the workshops taking place in the boardrooms on the second floor. The ‘shops include one with ChiPRC/ Transit Residency artist Roman Muradov (best known for his New Yorker illustrations) who will talk about generating ideas, a live inking demonstration with Jaime Hernandez and a class in block printing with “Band for Life” creator Anya Davidson. The final day of the expo features a screening of shorts from the Eyeworks Festival of Experimental Animation.

CAKE, which reached official not-for-profit status in 2015, might not be grandiose but there is nothing small about the jam-packed schedule and stellar list of guests. Morris says, “CAKE isn’t just an experience of seeing your favorite local cartoonists and that best-selling author, CAKE is discovering that new favorite artist, with a debut book in hand.” (Mahjabeen Syed)