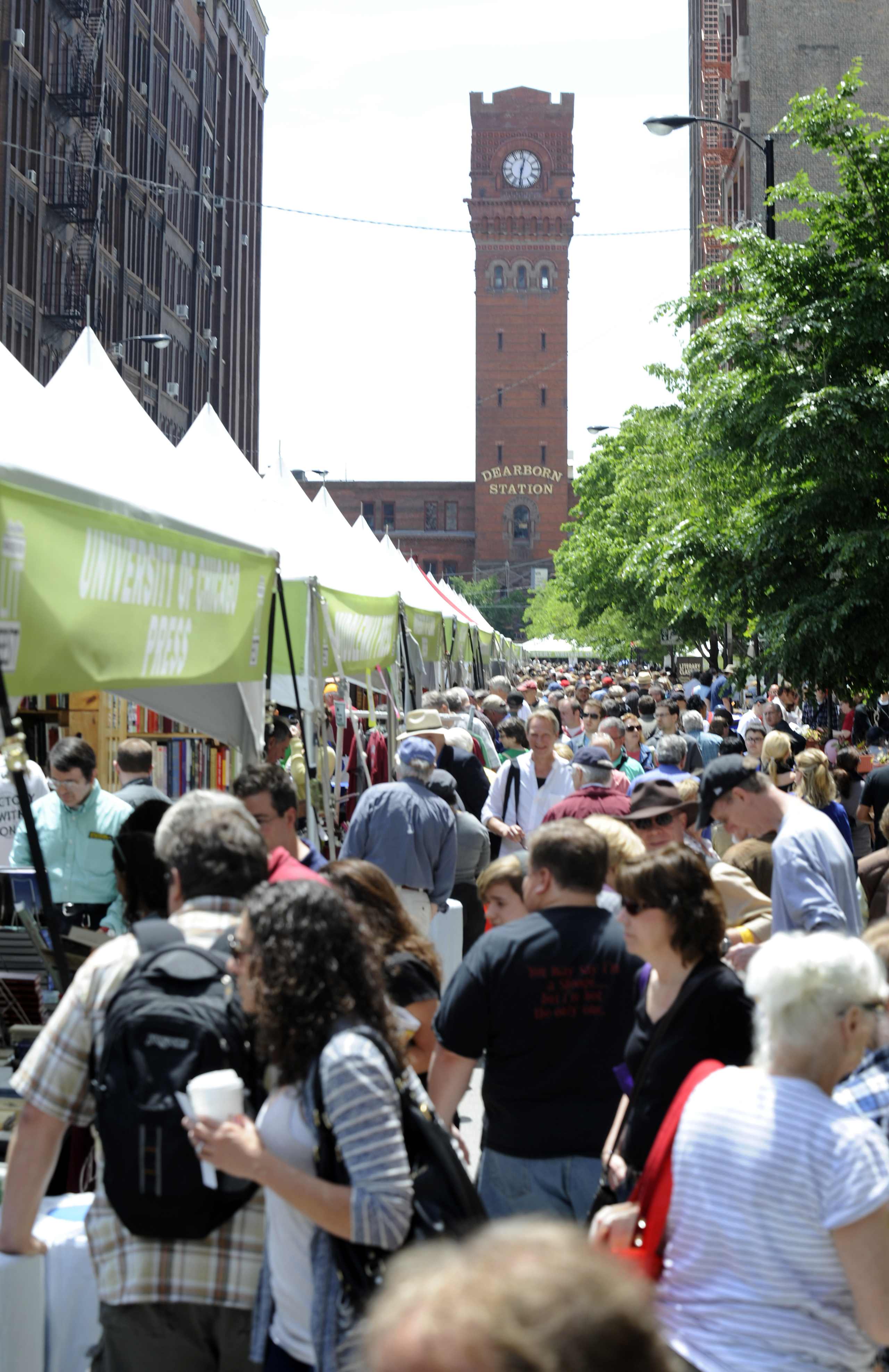 The annual lit fest where book lovers from all over the city come to hang with other bibliophiles, learn from master writers and geek-out with well-known authors is back. Within days, the Chicago Tribune will present the thirty-first edition of the Printers Row Lit Fest (PRLF), which will take place in the Printers Row neighborhood between Congress and Polk on Saturday, June 6 from 10am to 8pm and Sunday, June 7 from 10am to 6pm. This year’s theme is “Expand Your Mind,” and there is no doubt that you will learn a thing or two with the presence of more than two-hundred authors presenting at various panels.

PRLF has been running strong for three decades now and the crowds grow larger each year much like the headliners who will grace the seven outdoor stages during the two-day event in June. Chicago Tribune Media Group director of events Sarah Harrell indicates in an email that the festival has grown but still maintains its humble commitment to literature and to the city: “PRLF has really evolved to become a festival celebrating the power of storytelling in all its forms. This was a primary driver behind choosing the theme this year as ‘Expand Your Mind.’ I think what makes Printers Row Lit Fest unique is the fact that we have nationally acclaimed authors and celebrities participating each year, but the festival still feels inherently local. The historic location of the event and the level of community support we receive really give it that warm, welcoming vibe.”

A few special guests in this year’s lineup include the Tribune’s 2015 Young Adult Literary Award winner LeVar Burton; author of “The Making of Zombie Wars” Aleksandar Hemon; author and talk show host Tavis Smiley; Bob Saget, who will talk about his book “Dirty Daddy;” and actress Amber Tamblyn who will appear on the Arts and Poetry Stage. Other notables include Erik Larson, Kevin Coval, Neal Stephenson and Scott Simon.

Amid the happy chatter and turning of pages of books you just bought and likely had signed, the smell of savory Mexican cuisine will lather the air from the Good Eating Stage where chef Rick Bayless will conduct a demo from his new cookbook “More Mexican Everyday,” in addition to numerous other chefs throughout the weekend. New this year, there will also be a photo scavenger hunt where the first ten people to complete the challenge will win a special merchandise bag from Printers Row.

If you don’t want the night to end or wouldn’t normally participate in events after the panels close at 6pm, try something new. On Saturday, Lit After Dark will host a series of events at select locations, headlined by Bob Saget. To echo Harrell’s suggestion and in order to fully embrace this year’s theme, attendees should venture out of their usual scope of interest. (Mahjabeen Syed)

June 6 and 7 Chicago Tribune’s Printers Row Lit Fest in Printers Row, along Dearborn between Congress and Polk Streets. PRLF is free and open to the public, but RSVPs are necessary for select programs. For full details, visit printersrowlitfest.org.