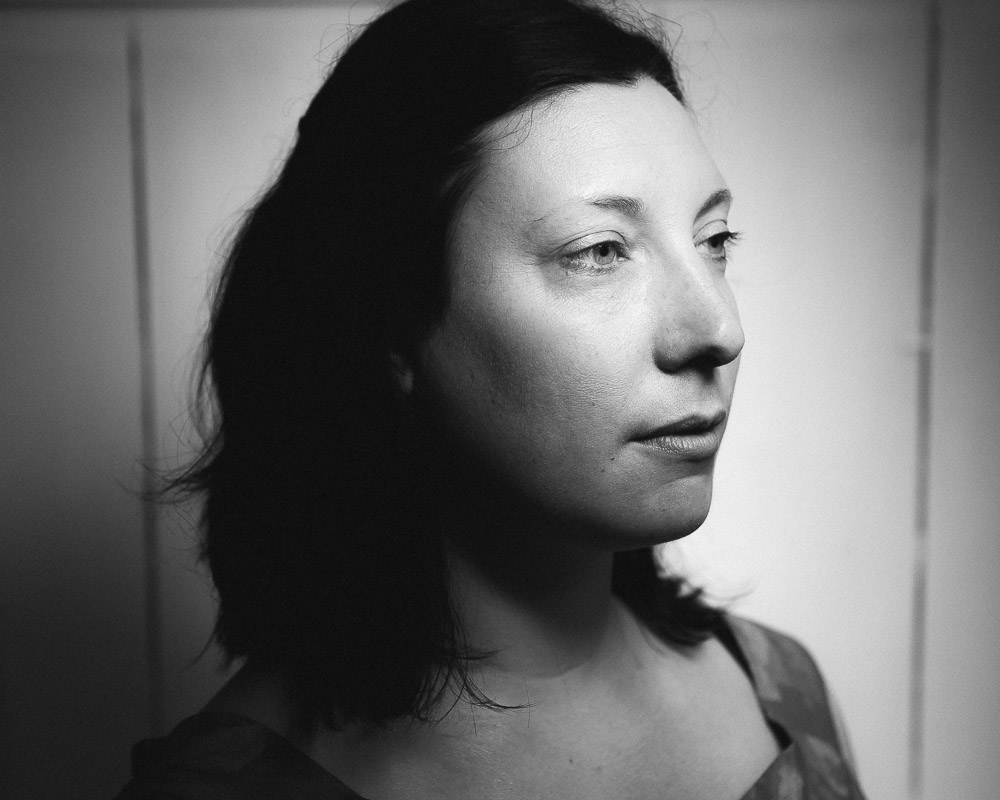 21
Corrina Lesser
Director of Programming, Chicago Humanities Festival
Corrina Lesser has been one of the hands behind the curtains of the annual fall Chicago Humanities Festival since 2009. This year, she’s thrilled to bring programming with a heavy dose of Claudia Rankine, a Jamaican playwright and poet whose 2014 book “Citizen” was a National Book Critics Circle Award winner. But Lesser has also done work as an editor and publicist with Houghton Mifflin, and at Naropa University’s Jack Kerouac School of Disembodied Poetics. There, she founded LIT: A Poetics and Publishing Salon Series. She also directs the Printers Ball, Chicago’s annual event celebrating poetry, literature and printmaking.

22
Gillian Flynn
Author
When she made our last list, Gillian Flynn had a NYT bestseller with an adaptation on the way. A year later Flynn can now call herself a blockbuster screenwriter, as the Flynn-penned David Fincher-directed “Gone Girl” adaption earned a gross of $368 million and an eighty-eight percent score on Rotten Tomatoes. Success opened doors for the author, recently labeled the seventh most powerful writer by the Hollywood Reporter. In between penning an HBO series, a comic with artist Dave Gibbons, and with another adaptation nearing release, Flynn seems poised to expand her reach even further, even if that necessitates delaying her next book..

23
Veronica Roth
Author, “Divergent” books
Author of the famed “Divergent” books, Veronica Roth has become a heavyweight at the young age of twenty-six. Listed as number twenty-three in the Hollywood Reporter’s “25 Most Powerful Authors in Hollywood,” she’s developed an uncanny knack for the sensibility of a generation. The releases of the films based on her books, which feature a dystopian version of speculative Chicago, are already slated through 2017. What Roth does beyond that is hard to say, as she’s already reached heights that few can attest to. 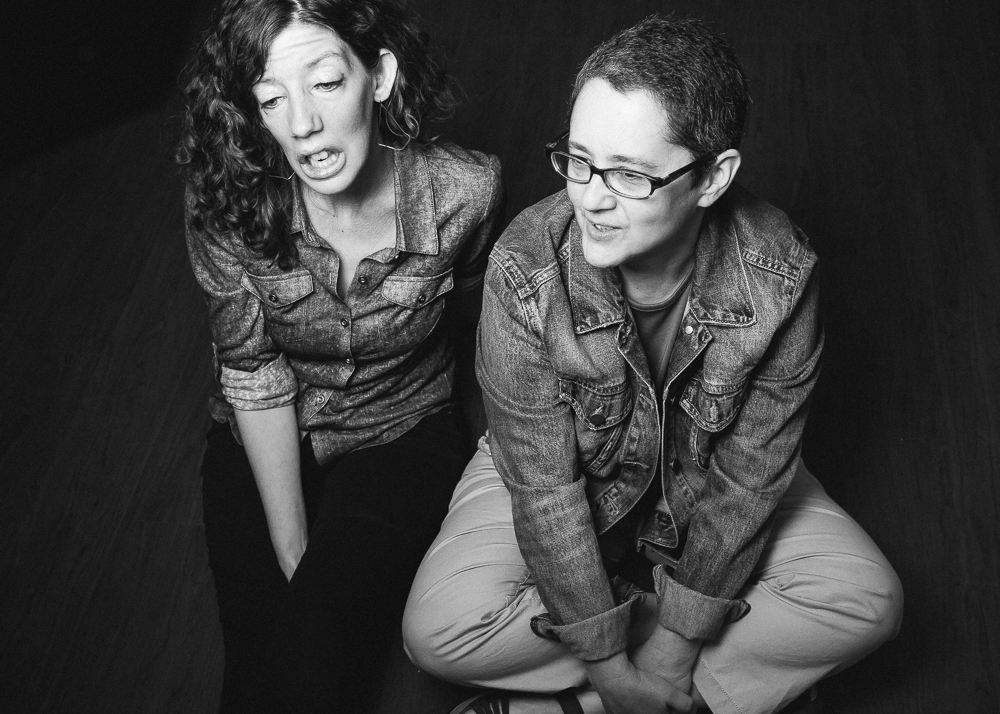 24
Sarah Hollenbeck and Lynn Mooney
Co-owners, Women & Children First
Last summer, the original owners of W&CF, Ann Christophersen and Linda Bubon, sold their store to two of their employees, Sarah Hollenbeck and Lynn Mooney. The year since this change of hands has been an exceptionally busy one. Lynn explains, “We went straight from negotiating the purchase of the store, to our Indiegogo campaign (which successfully funded our renovation), to the Christmas selling season, and then to the renovation itself.” Despite the change in ownership and upgrade of the space, the essence of W&CF remains the same. As Sarah explains, it is “Women & Children First’s steadfast commitment to the voices of women, the LGBTQ community, and other under-represented groups” that sets them apart from the average bookstore. Sarah and Lynn are currently in the process of developing “Cory’s Corner,” a space in memory of staff member Sharon Kiddon’s daughter that will carry an expanded collection of non-fiction books for young adults. They have also re-launched Sappho’s Salon, a monthly show that celebrates “expressions of queerness, gender and feminism.” The list of authors stopping in this summer includes Caitlin Moran, Roxane Gay, Bonnie Jo Campbell. In October, Gloria Steinem will be there for a ticketed event.

25
Robert Loerzel
Vice President, Society of Midland Authors
Veteran journalist, photographer and author of “Alchemy of Bones: Chicago’s Luetgert Murder Case of 1897,” Robert Loerzel has served on the Board of the all-volunteer Society of Midland Authors since 2007. The Society celebrates its 100th birthday this year, a milestone that leaves Loerzel feeling humbled to be associated with an organization that has nurtured and honored so many illustrious authors, from Harriet Monroe to Studs Terkel to Stuart Dybek. “It’s gratifying to see how proud and excited authors are when they accept our annual literature awards,” he says, “and to see authors and readers connect at our public readings and events.” But getting “noticed” amid Chicago’s multitude of cultural offerings can be a challenge. In between freelance assignments for Crain’s, WBEZ, the Chicago Tribune and other media, Loerzel spreads the word about literary and cultural happenings around town via Twitter (@robertloerzel, @midlandauthors) and his blog, undergroundbee.com. 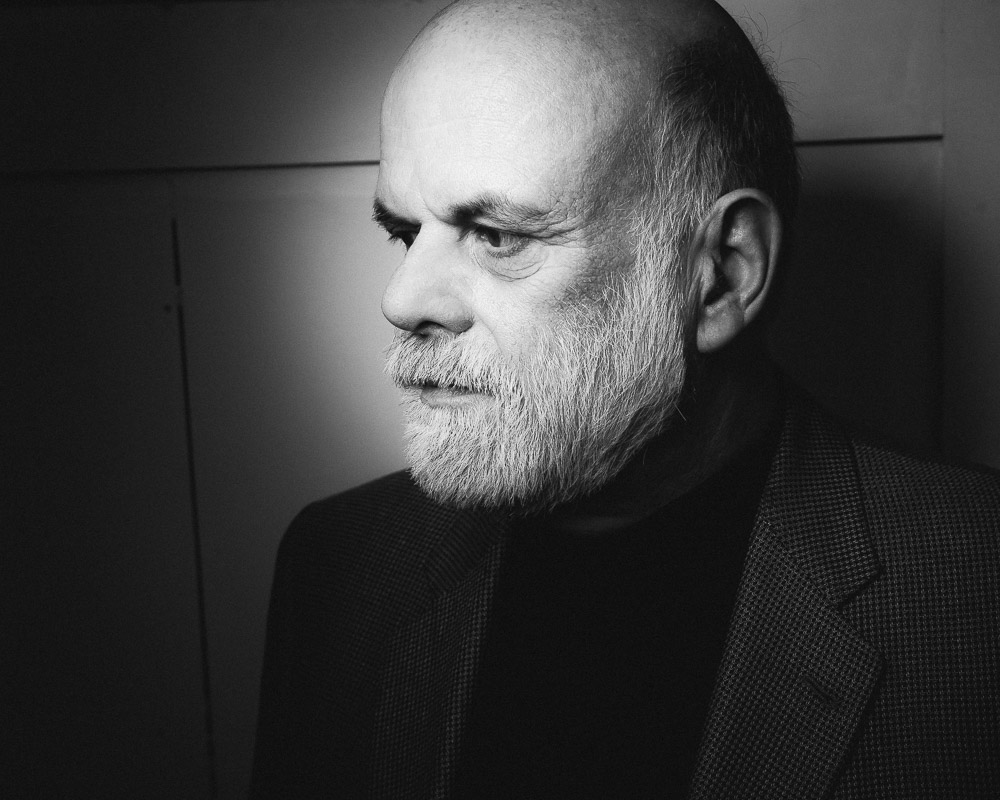 26
Bill Ott
Editor and Publisher, Booklist
Bill Ott has been a writer and editor at Booklist thirty-five years. In that time Booklist’s mission has remained about what it always has, providing pre-publication reviews so librarians know what to order. But under Ott’s leadership it has also expanded its line of publications to create content for general readers, most notably with the recent launch of the Booklist Reader, helmed by Booklist online editor Keir Graff. Talking with Ott, he seems to notice the tectonic shifts, both in terms publishing and the generational, but Ott jokes that it’s possible he might become the last baby boomer standing in the industry. 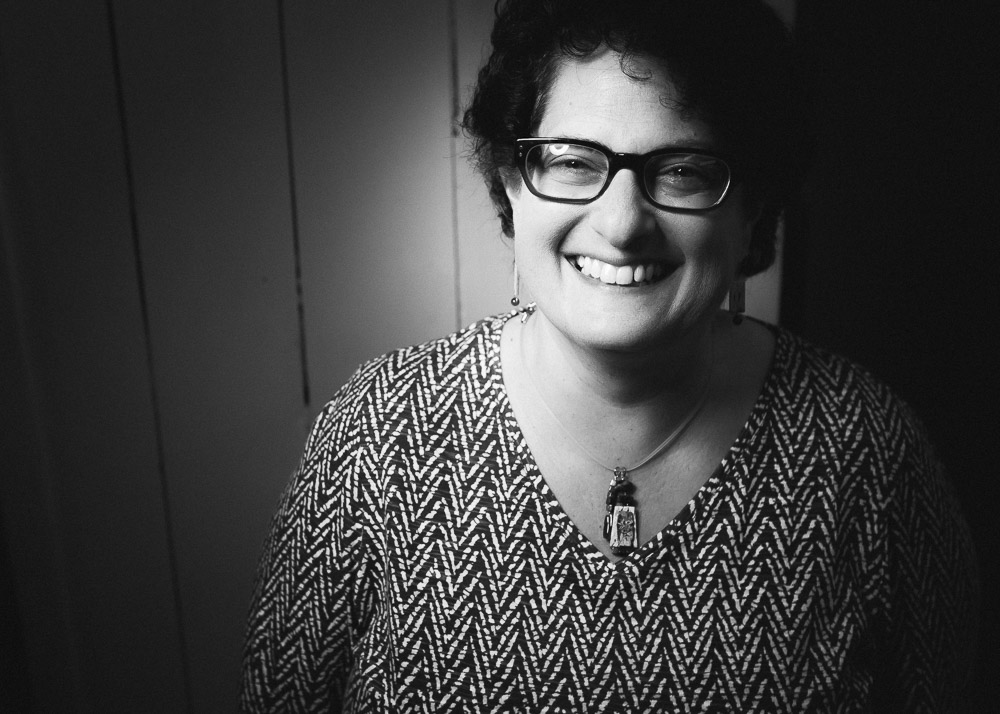 27
Jill Pollack
Founder and Director, StoryStudio Chicago
Having graduated from a business program, it’s no wonder Jill Pollack thrives in the lit world as director of StoryStudio, a center where more than 1,200 students a year come to hone their craft by partaking in their creative writing classes and corporate training programs. Later this summer, StoryStudio will launch “SSC360-A Curated Writers Community,” an online platform for writers from around the world to connect, collaborate and stay motivated. She has also written three young-adult novels: “Shirley Chisholm,” “Lesbian and Gay Families: Redefining Parenting in America” and “Women on the Hill: A History of Women in Congress.” 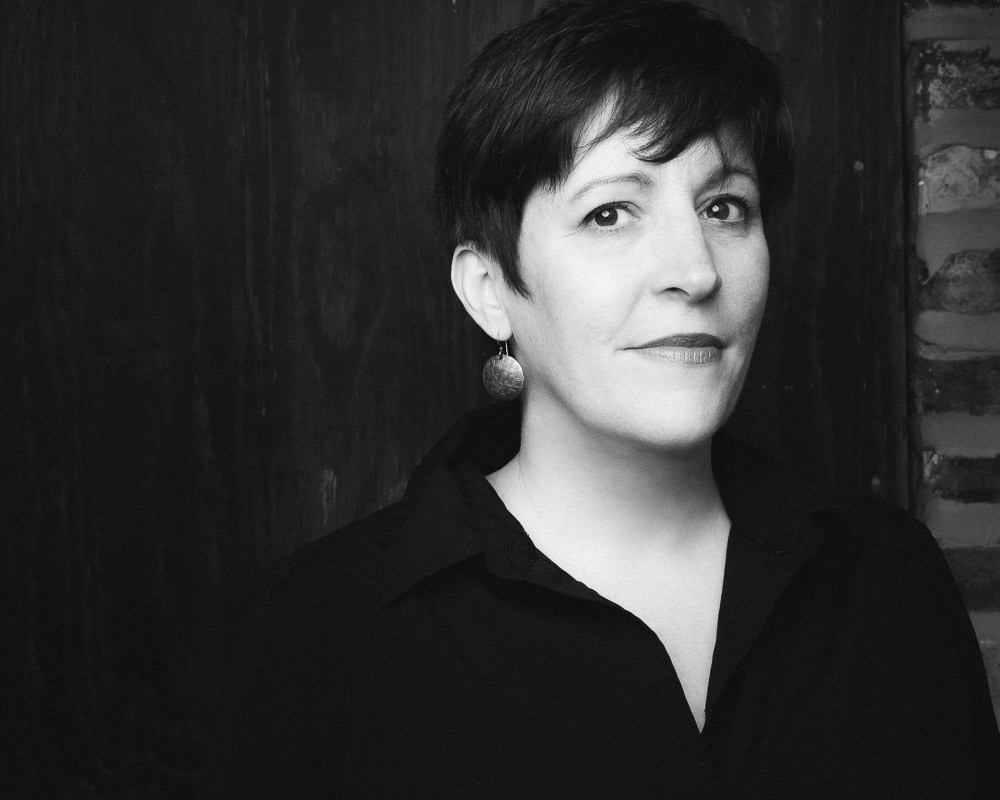 28
Michele Morano
Director of the Graduate Program in Writing and Publishing, DePaul University
In the past four years, Director Morano helped transform DePaul’s Creative Writing MAWP from a general writing program into one that injects life into the Chicago literary and social landscape. Students have been research assistants for Eula Biss and Alex Kotlowitz, and helped orchestrate interviews for “How Long Will I Cry: Voices of Youth Violence.” That book, which later became an acclaimed Steppenwolf play, was the first from Big ShouldersBooks, a company Morano created with colleagues to help give students publishing experience at every level. Strengthening both the focus on community and publishing, Morano says this fall, DePaul plans to offer creative writing classes open to anyone with a bachelor’s degree, and is debuting a graduate certificate in publishing soon. 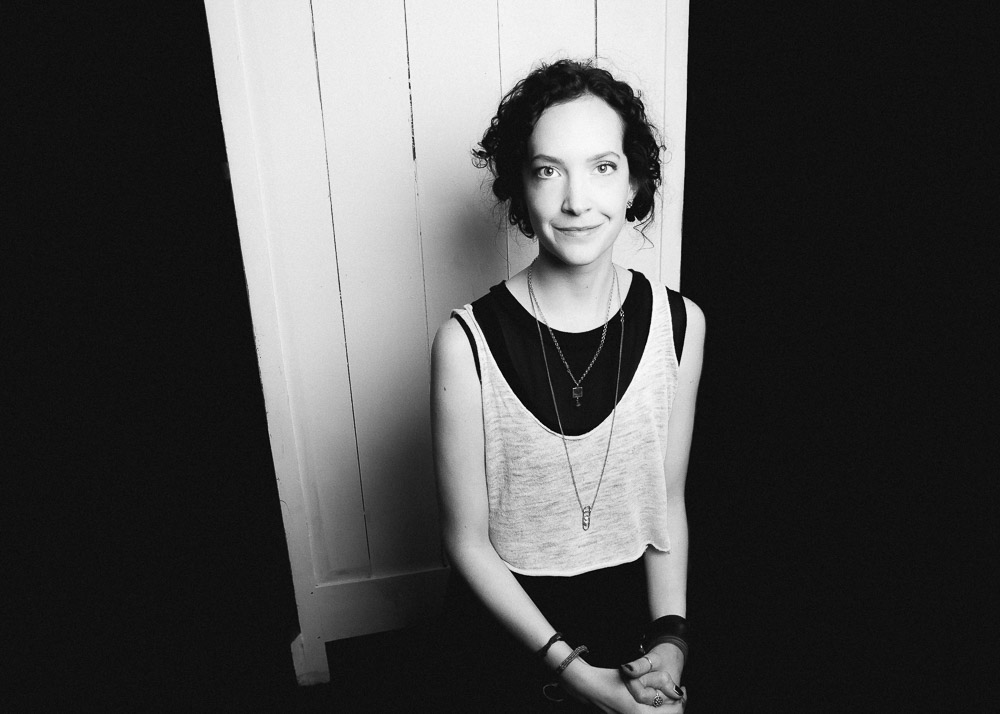 29
Naomi Huffman
Editor-in-chief, Curbside Splendor Publishing, Managing Editor, Featherproof Books, Co-host, The Marrow
It is impossible to talk about indie publishing in Chicago without also talking about Naomi Huffman. She was recently promoted from managing editor to the editor-in-chief at Curbside Splendor, a role she welcomes with gusto. Of the new role, Huffman says, “I’m thrilled to be steering Curbside’s editorial decisions—my main responsibility now is to meet new writers, to acquire new books. It’s a total dream.” In fact, the press is now run out of her apartment. Curbside was founded in 2009 by Victor David Giron to publish his novel “Sophomoric Philosophy.” Curbside has since “established itself as a publisher deeply-rooted in the Midwest, working to publish books that feature the people and creative cultures that are thriving here.” According to Huffman, she and Victor succeed as a team because of their mutual appreciation of hard work and working within a community of talented people. 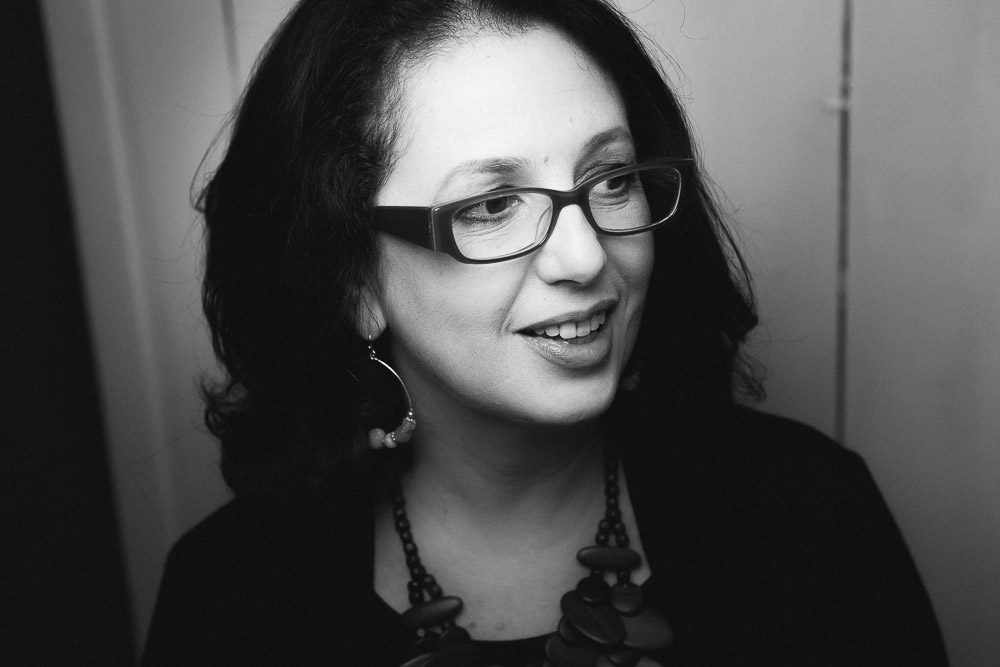 30
Moira Pujols
Executive Director, contratiempo
As a long-established language consultant, Moira Pujols has worked with many non-profit and humanitarian associations. It was her calling to become the executive director of contratiempo, a community-based literary organization that offers first-rate literary and cultural journalism work in Spanish by pan-Latino immigrant communities. Moira manages a broad range of contratiempo programs, including the publishing of contratiempo magazine and their imprint Ediciones Vocesueltas. She also worked with institutional partners to co-found and develop Poesia en Abril, the only international Spanish language poetry festival in the Midwest and is the co-founder of the Midwest Translators and Interpreters Association.