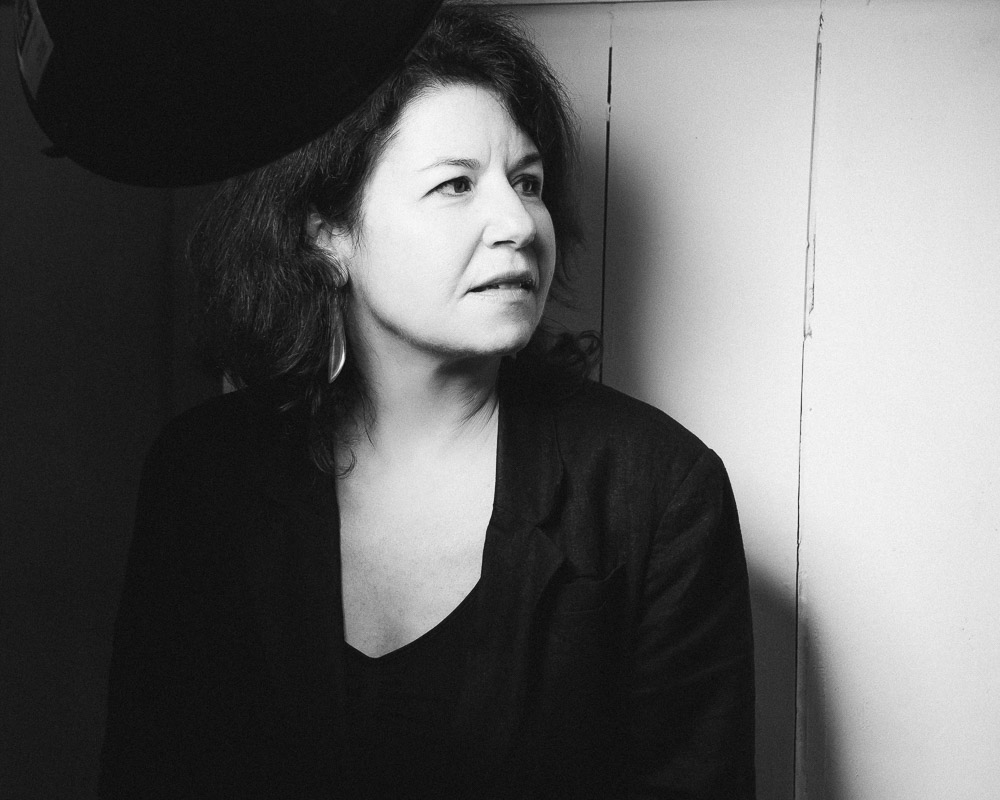 31
Nina Barrett
Owner, Bookends & Beginnings
In June of 2014, Nina Barrett and her husband Jeff Garrett opened Bookends & Beginnings in the space formerly occupied by Bookman’s Alley. Barrett has crafted a bookstore unique in both its coziness and eclectic mix of products. They offer new and used books, hard-to-find books in twenty-six different languages, and a huge cookbook section. Already an integral part of the Evanston literary community, Barrett collaborated this past May with the first-ever Evanston Literary Festival which included hosting six events in her store. In addition to her career as a bookseller Barrett, is also the author of three books published by Simon & Schuster and is putting the finishing touches on her fourth book about the 1924 Leopold and Loeb murders. 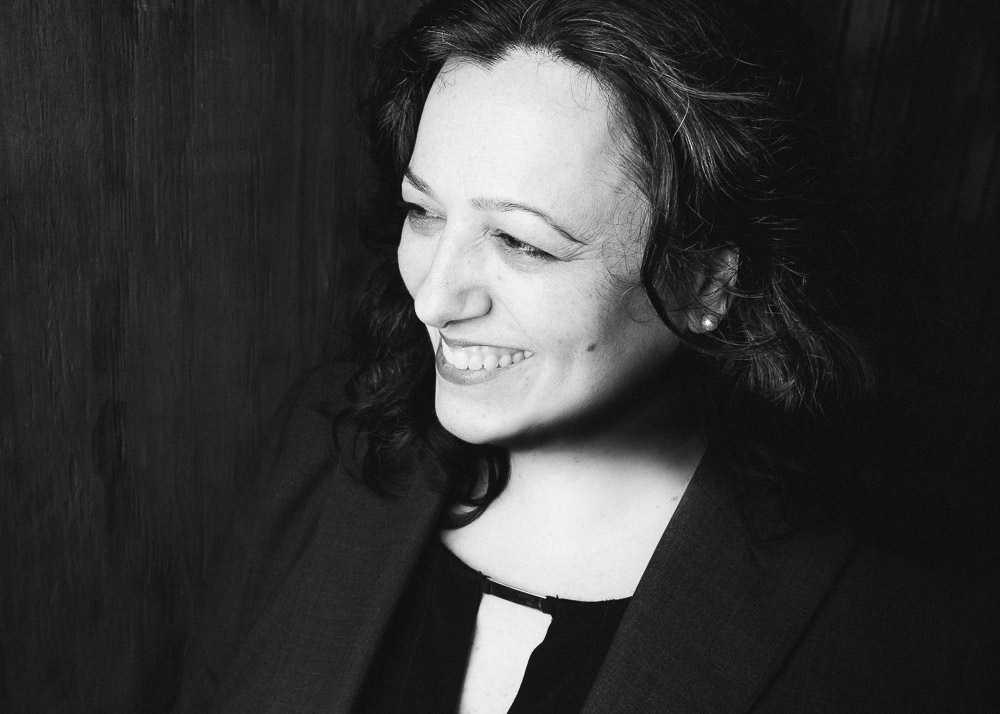 32
Teresa Basso Gold
Program Manager, Printers Row Lit Fest
The Printers Row Lit Fest is one of the singular events of Chicago’s bookish calendar. A previous program manager with the Chicago Tribune, Teresa Basso Gold has run the fest for the past twelve years. Gold also coordinates single and multi-day occasions with her company TBG Literary Events, which has had Northwestern University and the University of Chicago as clients. You might even be holding this very publication because of the work she did to bring you, and others, together to celebrate language.

33
Jamila Woods
Associate Artistic Director, Young Chicago Authors
Pushcart-nominated poet, lead vocalist of the band M&O and teaching artist at Young Chicago Authors (YCA), Jamila Woods is the epitome of what you’d call a triple threat. Woods has been teaching at YCA since 2012, a not-for-profit organization engaging youth in telling their stories through spoken word and other various forms where she also helps organize “Louder Than a Bomb,” the largest youth poetry festival in the world. She has also taught poetry workshops at CPS high schools and has been a youth poetry slam coach. She released her first chapbook “The Truth About Dolls,” in 2012. 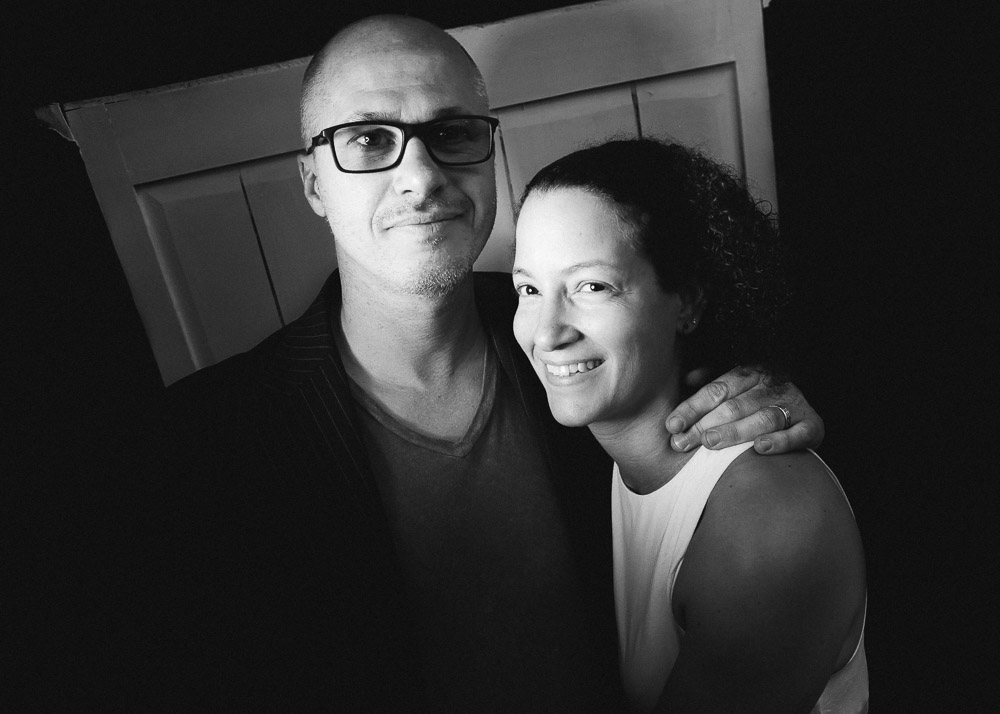 34
Teri Boyd and Aleksandar Hemon
Founders, Chicago Literary Salon
Though Aleksandar Hemon is well-known in American letters as a leading contemporary fiction writer and essayist, Chicago literati also know him for the monthly salon at the Hopleaf—with “no theme or agenda of any kind,” his wife Teri Boyd says— that they co-founded in 2011. “We love it as we have had the chance to introduce various artists to each other who have gone on to work together on various projects,” the photo editor/agent/curator Boyd says. Even with his prolific output as a regular in The New Yorker as well as an essayist on his beloved soccer in venues worldwide, not to mention the promotional demands of his brand new novel, “The Making of Zombie Wars” (which follows his acclaimed nonfiction debut, “The Book of My Lives” by just two years and precedes another book this fall, “Behind the Glass Wall: Inside the United Nations”), Hemon is a regular presence at the salon, holding court with other writers, some boldfaced like him, others very much on the up-and-come. As well as artists of all kinds, Boyd says, as she’s expanded the guest list over time. “Photographers, editors, painters, teachers, musicians, theater artists, movie producers, etc. I could go on and on.” 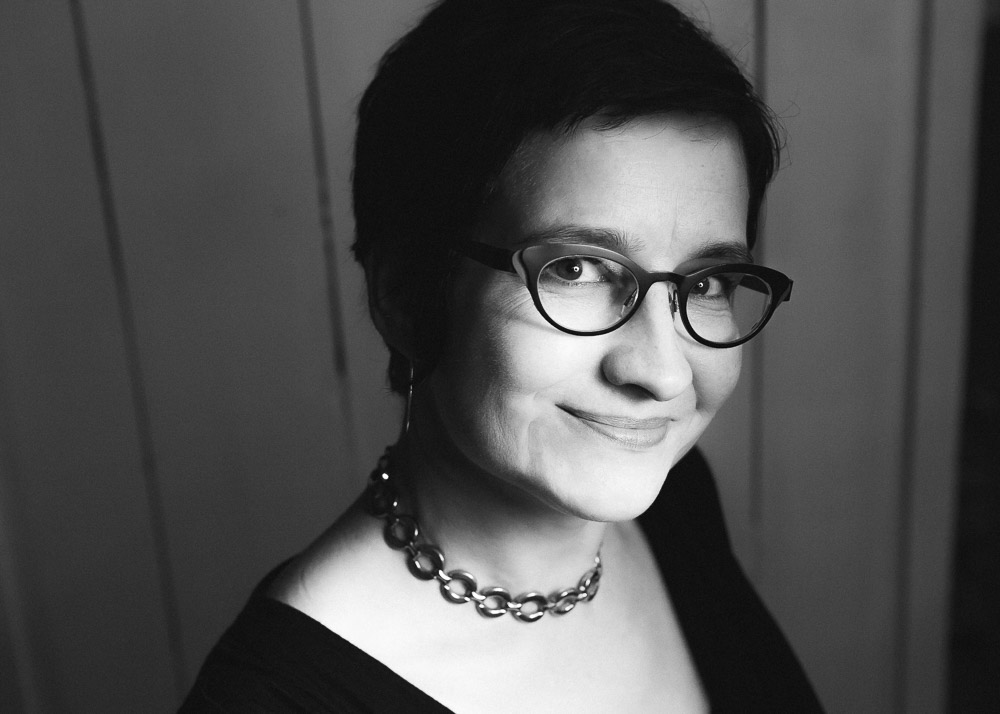 35
Mare Swallow
Founder and Executive Director, Chicago Writers Conference
Working toward eliminating the idea that writers must be living on either coast to achieve publishing success, Mare Swallow has developed the Chicago Writers Conference, which will be held September 25-27 this fall. The conference is designed to bring writers, publishers and literary agents together to create networking opportunities, offering discussions with local authors and panels on writing and publishing. Swallow, also works as a public speaking consultant. 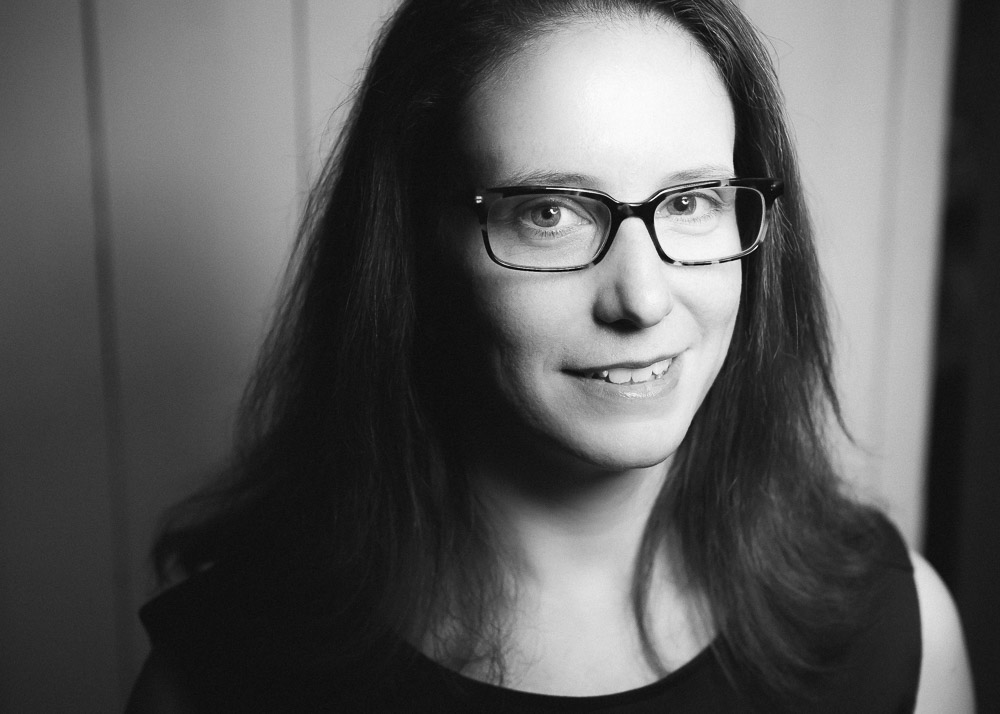 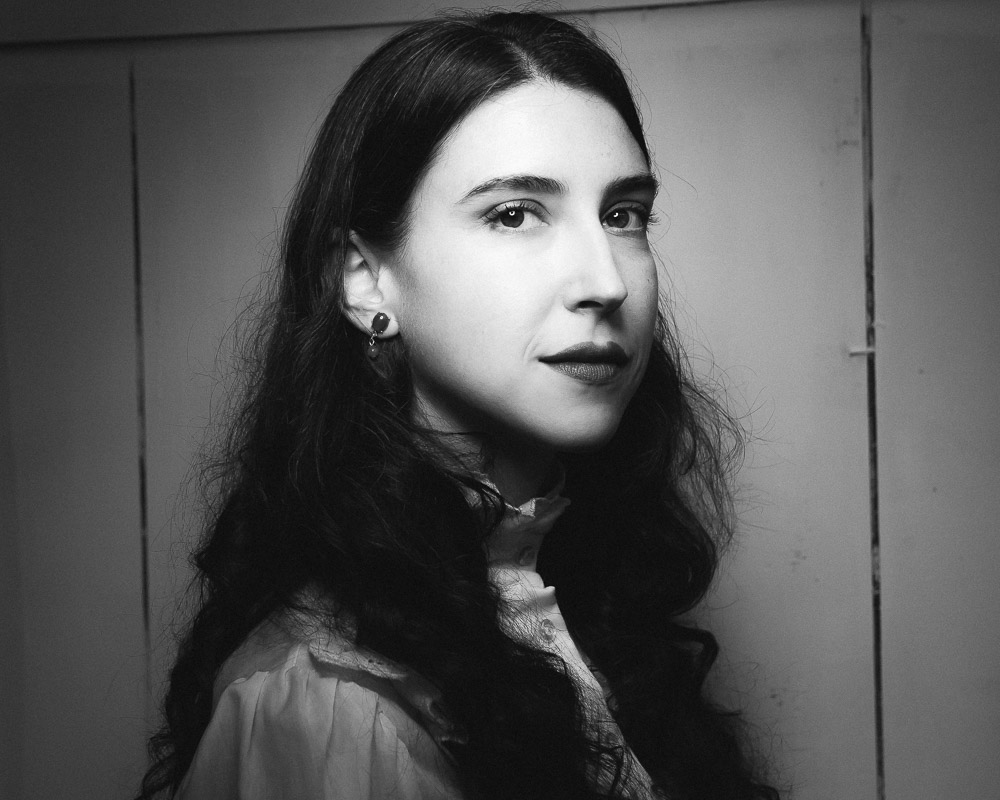 37
Kathleen Rooney
Co-founder, Rose Metal Press
If Kathleen Rooney played baseball, scouts would call her a “five-tool player”: novelist, poet, essayist, editor, publisher, live-lit performer and professor at DePaul University. Rooney, with Abigail Beckel, co-founded Rose Metal Press, which has published hybrid genre works (by other writers only) since 2006. Rooney also co-founded Poems While You Wait, a diverse collective of poets who write poems to order on manual typewriters at public events, and she performs as Vivian Nightwood with the Poetry Bordello. Rooney says “Chicago is a city full of innumerable talented people doing innumerable interesting things.” Few cover as many bases as Rooney.

38
John Wilkinson
Chair of the Committee on Creative Writing, University of Chicago
Poet John Wilkinson’s critical writing has focused primarily on poets of the first-generation New York School and on contemporary English and North American poets. Most recently, he is the author of “Reckitt’s Blue” (Seagull Books, 2013), and “Schedule of Unrest” (Salt Publishing, 2014). As the chair of The University of Chicago’s Committee on Creative Writing, Wilkinson oversees four non-professional graduate and undergraduate program options, which encourage students to maintain their commitment to an academic discipline while also pursuing course work and final projects in creative writing. 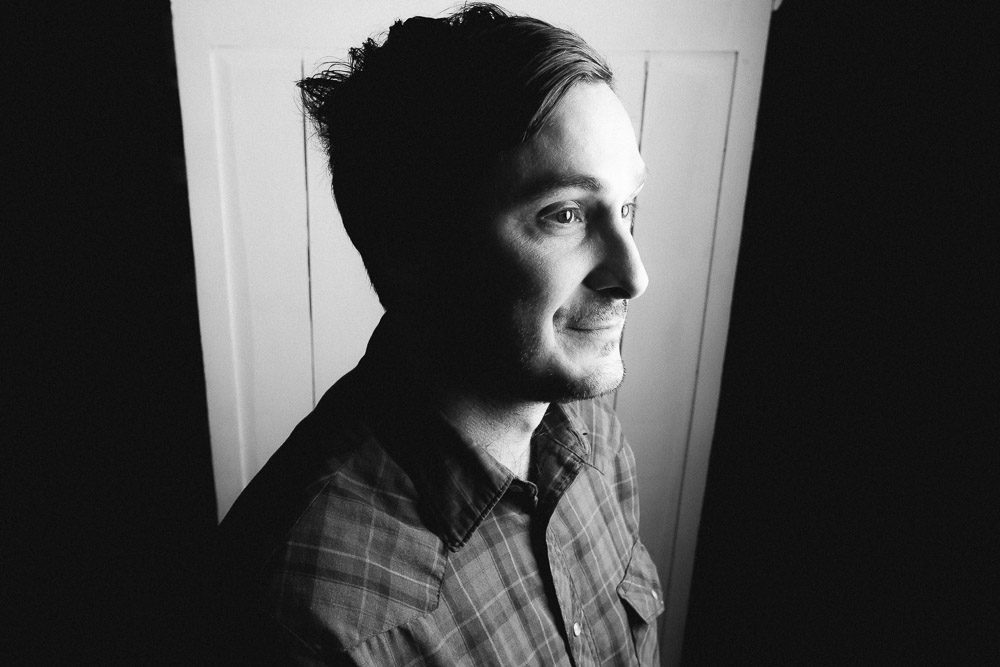 39
Tim Kinsella
Publisher and Editor, Featherproof Books
Renowned musician (Joan of Arc) Tim Kinsella has been publisher and editor of Featherproof Books since 2014, working closely with Featherproof editor-in-chief Jason Sommer as well as Zach Dodson and Naomi Huffman to publish books of the finest quality. In spite of his intense commitment to publishing, Kinsella views his achievements and Featherproof’s accomplishments as a purely collaborative effort with his colleagues, and a labor of love for all of them. In his words, he and his partners “are utopians somehow magnetized to the potential power of this obsolete technology—books—and love them as objects, not just vehicles.” 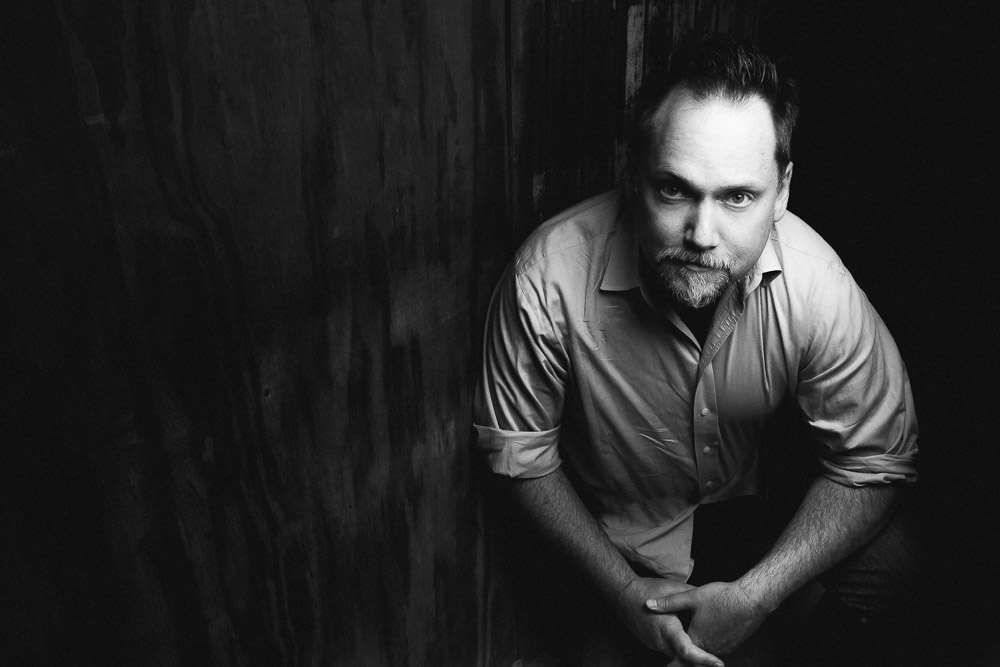 40
Ian Belknap
Founder and Overlord, Write Club
Since its start in 2011, founder and overlord Ian Belknap has been relentless in producing and expanding his high-quality live-lit series, Write Club, which now has chapters in Los Angeles, San Francisco and Atlanta. This past year, Belknap, along with co-producer of the series, Lindsay Muscato, co-edited and released WC’s first anthology, “Bare-Knuckled Lit: The Best of Write Club,” which is now being used in high school and college-level classes. Just last month, Write Club Nation podcast was launched, spearheaded by Muscato. And this summer, a first-ever retreat is scheduled to further build the empire. This past year, in addition to Belknap’s WC work, he served on the nominating committee for the Chicago Literary Hall of Fame, was featured at Fremd High School’s annual Writers Week, was a returning cast member on the Pleasuretown podcast, and continues to serve as Dean of Mean for the weekly live-magazine show, The Paper Machete. He teaches creative nonfiction and storytelling at StoryStudio Chicago, Second City and elsewhere, and was just commissioned to create a new solo show that will run at Storefront Theater in March of 2016. The man is a force.