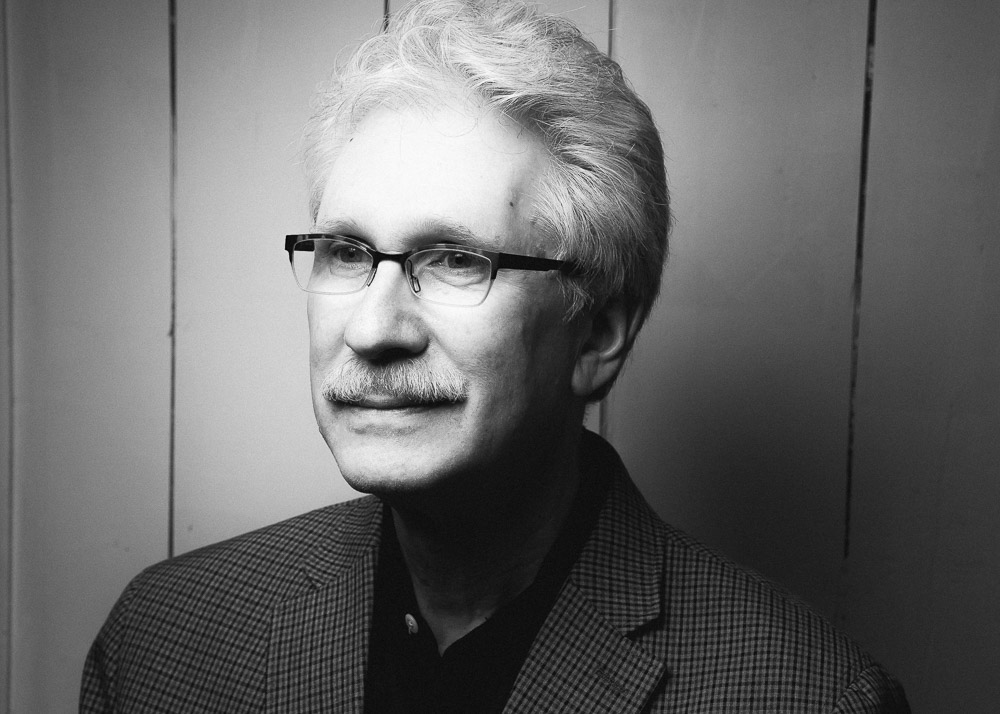 41
Reginald Gibbons
Frances Hooper Professor in the Arts and Humanities, Northwestern University
Northwestern’s Frances Hooper Professor in the Arts and Humanities is a modern-day renaissance man. Author of nine poetry collections, a short story collection and a novel and a noted translator, Gibbons’ latest upcoming book about poetry, “How Poems Think” will drop in September. He co-founded the Guild Literary Complex and oversees TriQuarterly, the international online journal of the MA/MFA program at Northwestern, where he serves as director. As if all that weren’t enough, Gibbons helped create “BrooksDay,” which celebrates the life and work of poet Gwendolyn Brooks. And he’s greatly involved in the creation of the American Writers Museum, opening at the end of 2016 in Chicago. 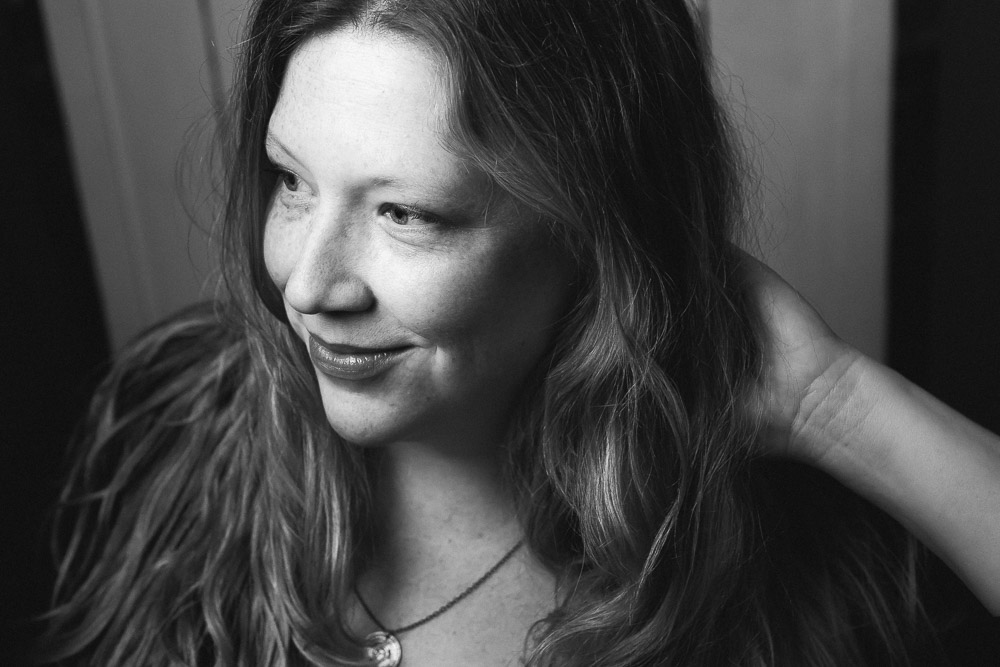 42
Dana Norris
Host and Producer, Story Club
Dana Norris wanted Story Club to grow. When she saw readers being turned away from her live story series because of the venue’s size, she moved to a more accommodating location. When confronted by the limitations of being solitary show-runner, she reached out for help. And it grew: from her solo operation into a fifteen-person enterprise of four monthly readings in three cities, plus an online literary magazine. Norris told us she sees Story Club as something that has grown bigger than her; something she intends on proving by handing the reigns off to Ali Kelley and moving to Cleveland, where she plans to create another Story Club franchise.

43
Christopher Piatt
Founder, Director, and Curator, The Paper Machete
Since its debut in 2010, the weekly Paper Machete show (now playing each Saturday afternoon at The Green Mill) has become one of the livelier live-lit showcases. In fact, creator and host Christopher Piatt isn’t entirely comfortable being shoehorned into the live-lit bracket. “We’re a variety show,” he insists—and a particularly ambitious one. Each week features a completely new revue, with an all-new cast of journalists, standup comics, monologists, musicians, cabaret performers and theater folk. Piatt, an alum of Kansas State University’s speech team and former Time Out Chicago theater editor, brings his journalism-centric sensibility to bear on the proceedings; everything is based on the week’s headline news. Additionally, there’s no first-person storytelling (a break from the usual spoken-word format)—only third-person essays and character pieces. “It’s a salon in a saloon,” Piatt says—and five years on, it’s still one-of-a-kind. 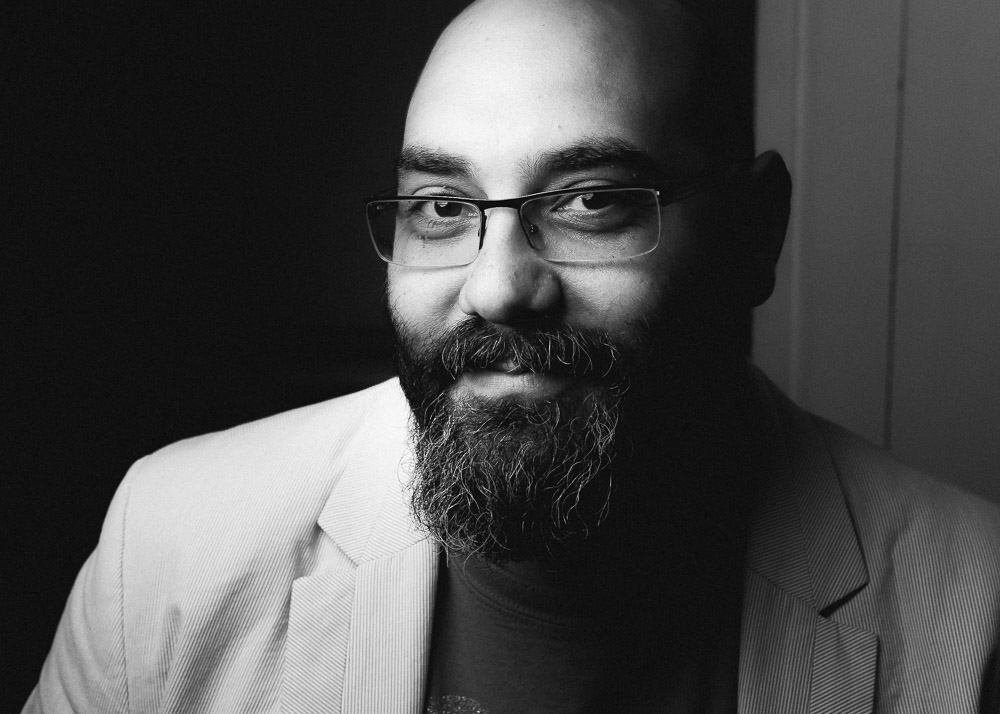 44
Matthew Shenoda
Interim Chair, Creative Writing Department, Columbia College Chicago
As chair of the Department of Creative Writing at Columbia College, internationally regarded poet Matthew Shenoda has brought added credibility to one of Chicago’s most influential writing programs. Shenoda culled the formerly separate poetry, nonfiction and fiction programs into one vibrant department, giving students cross-genre access. He has also fostered a rich learning environment promoting a diversity of teaching methodologies. For Shenoda, it is paramount that he is active as a writer. This last year saw the publication of his collection, “Tahrir Suite” (TriQuarterly) and he has edited a forthcoming anthology of poets responding to the work of Romare Bearden.

45
Levi Stahl
Promotions Director, University of Chicago Press
Publicity is an undervalued aspect of literature. Books may rise on their merits, but those merits have to be articulated (and marketed) to book review editors, bookstore buyers, and readers. Levi Stahl, promotions director at the University of Chicago Press, is a master of this arcane art, pitching books to media, overseeing publicity events, creating seasonal catalogs and ongoing social media. Stahl also edited a collection of Donald Westlake’s nonfiction, “The Getaway Car,” and was instrumental in getting Westlake’s Parker novels back in print from Chicago. Finally, his twitter account, @levistahl, is a gem of unpretentious erudition.

46
Mike Levine
Acquisitions Editor, Northwestern University Press
Mike Levine’s authors are on a winning streak. An acquisitions editor for Northwestern University Press since 2007, Levine has published works by MacArthur Fellows, Pulitzer Prize winners and finalists and Tony Award winners, to name just a few of their accolades; A.E. Stallings, Mary Zimmerman and Bruce Norris count themselves among his writers. Levine acquires work in a host of areas including fiction, drama, theater and performance studies, Slavic studies and others. Prior to his work at NUP Levine served as an editor at the Great Books Foundation. When not searching for the next great author, Levine can be found at the Newberry Library teaching literature seminars. 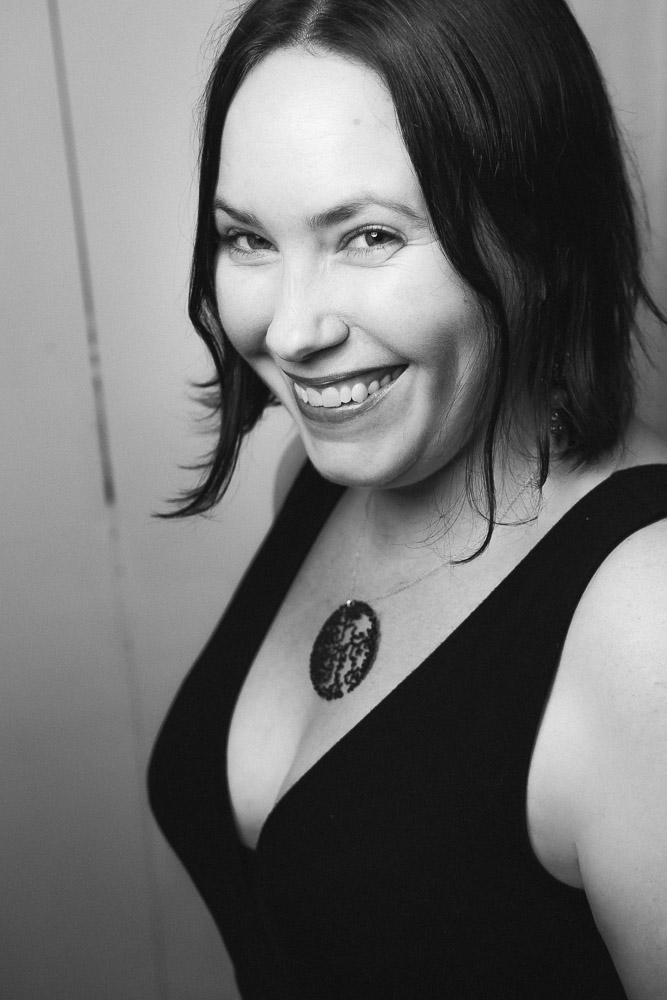 47
Amanda Delheimer Dimond
Artistic and Executive Director, 2nd Story
2nd Story offers live events like no other in the city. This storytelling collective curates and workshops nonfiction stories with writers and performers to create a production that marries text and theatre in a cozy setting. Amanda Delheimer Dimond, 2nd Story’s artistic director since 2007 and executive director since 2010, has expanded the reach of her organization from Chicago’s North Side into the South Side, with local artists performing at venues from the Peckish Pig to Inspiration Kitchen. Delheimer Dimond has also collaborated in a variety of capacities with Lifeline Theatre, Goodman, Steppenwolf, Adventure Stage Chicago, and a host of others. She was an inaugural recipient of the Leadership U[niversity] One-on-One Grant, funded by the Andrew W. Mellon Foundation. 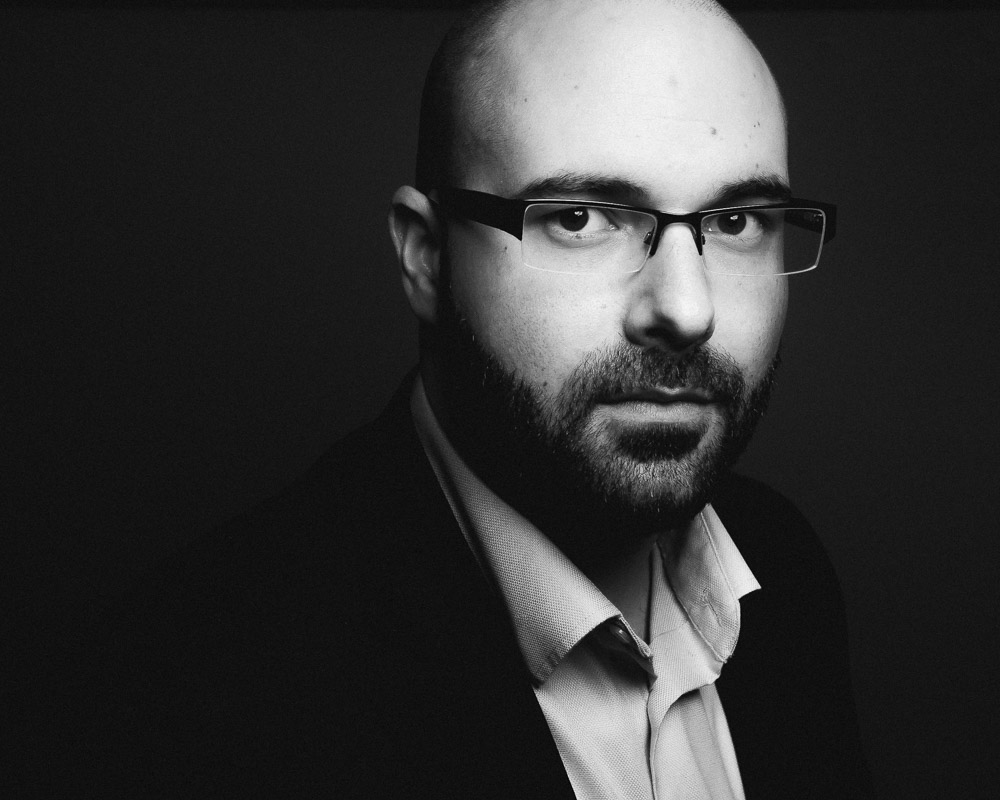 48
J.W. Basilo
Executive and Artistic Director, Chicago Slam Works, Host and Curator, The LitMash, Co-host, The Uptown Poetry Slam, Director, Chicago Slam Works House Ensemble, and Producer/Director, Red Theater Chicago
Spoken word artist J.W. Basilo—who has performed in countless theaters, bars, prisons, schools and comedy clubs—never imagined himself a behind-the-scenes guy. But just as Bedford Falls needed George Bailey and Gotham needed Batman, or an analogy somewhere in between those two, literary culture in Chicago needed Basilo. When the call to curate, host, direct and produce met with Basilo’s prior experience, passion and will, he became that guy. Now, in connection with Chicago Slam Works, Basilo hosts and curates The LitMash, a slam show which affords people from a variety of literary genres to perform and compete monthly at the Haymarket Pub & Brewery. Through the CSW, he also co-hosts the twenty-nine years running Uptown Poetry Slam with legendary Marc Smith at the historic Green Mill Lounge each Sunday night. In addition to his work with CSW, Basilo produces and directs shows for the Red Theater Chicago. 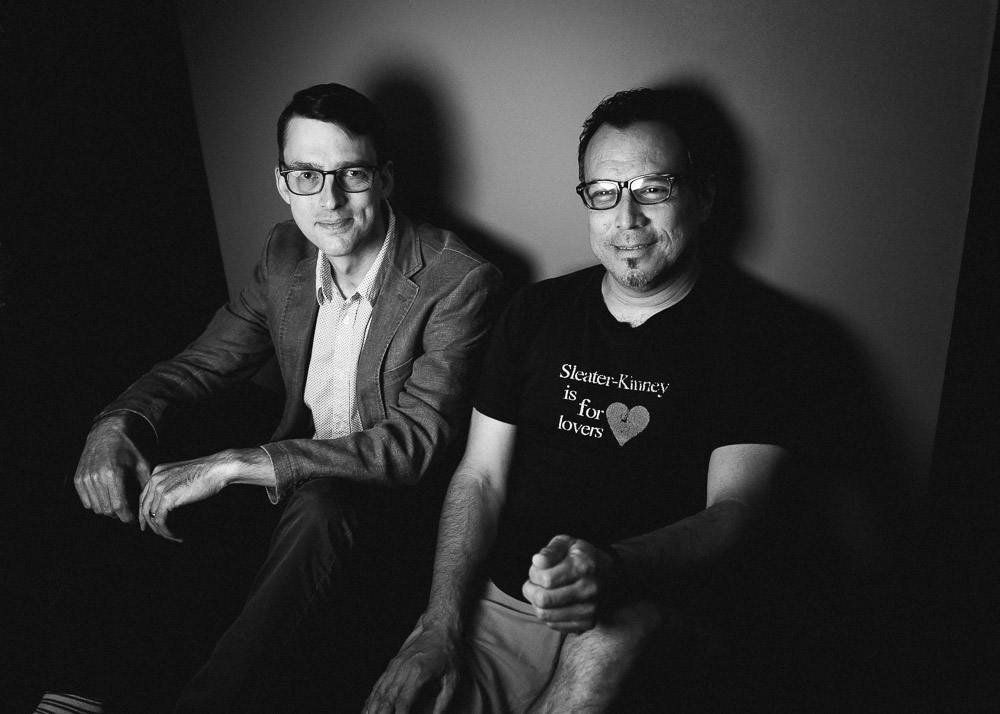 49
Keir Graff and Javier Ramirez
Co-hosts, Publishing Cocktails
An author, a bookseller and an agent walk into a bar… Keir Graff and Javier Ramirez host Publishing Cocktails each month. Invited guests include editors, publishers, public relations and marketing pros, sales reps, agents, journalists and librarians, all coming together to discuss books and network. “Authors and booksellers decide to collaborate on events, publishers share knowledge with each other, and at least one author found a new agent as a result of an introduction,” Graff says. The pair organize cash mobs to support independent bookstores and an annual book swap, where attendees bring a book they love and put it into a draw. “Whoever picks the book is treated to an on-the-spot testimonial.” Ramirez is a beloved and veteran bookseller, who has worked in many of Chicago’s indie bookstores over the years, putting books into the hands of countless readers and earning immense amounts of gratitude from local authors by way of all of the behind-the-scenes work he does. Graff is editor of Booklist Online, the author of five published books and “The Matchstick Castle” forthcoming from Putnam in 2017, and the Chicago host for the 90-Second Newbery Film Festival for kids. 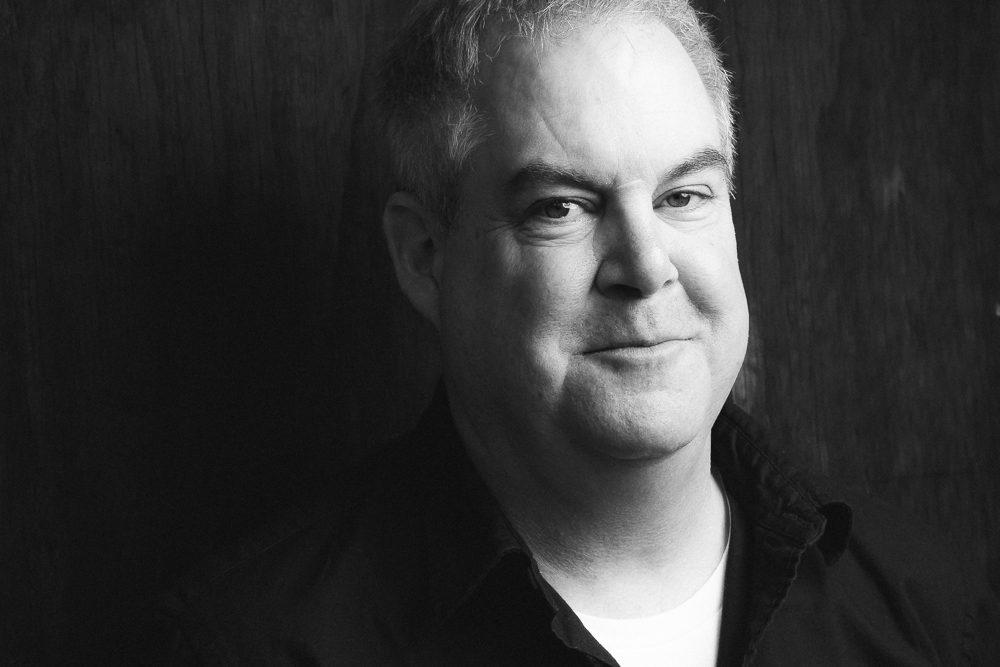 50
Ian Morris
Co-founder and Editor, Fifth Star Press
Ian Morris is co-founder and editor of Fifth Star Press, an indie publisher named for the possibilities that lie just beyond the four stars of the Chicago flag. Fifth Star focuses on original fiction, nonfiction and poetry as well as reprints of books on twentieth-century Chicago. Also an author himself, Morris penned the novel “When Bad Things Happen to Rich People” and co-edited “The Little Magazine in Contemporary America.” His most recent work can be found in “Inside Higher Ed” on the future of the literary magazine, a topic with which Morris is quite familiar: He also serves as managing editor of Columbia College’s “Punctuate: A Nonfiction Magazine,” which launches this fall online and will be available in print next spring.