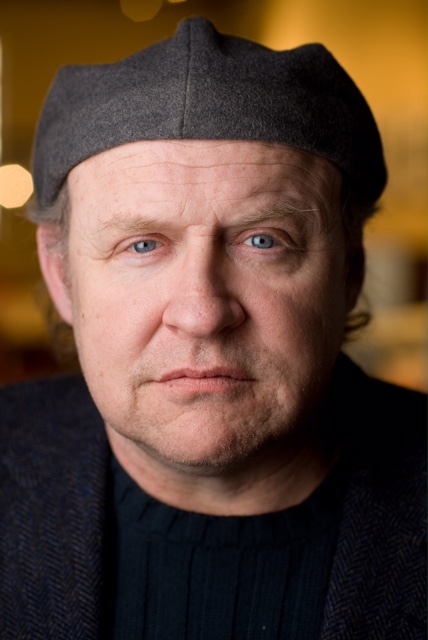 “Whatever you do in this life, make sure you’re the only one who can do it,” Tony Fitzpatrick’s father advised him in the third grade, and hell if he didn’t listen. Artist, author and actor are but a few of his titles, and there’s no doubt that no one can do what Tony does.

“Dime Stories,” the soon-to-be-released foul-mouthed, straight-talk collection of Fitzpatrick’s Newcity columns speaks truth to power, and we’d be wise to heed its warnings and take its advice. Fitzpatrick rails against waste, criticizes the sellout of our political institutions to big money, laments the proliferation of mass shootings and parses various other elements that lead to injustice. These essays examine with sharp focus and acerbic wit our true nature and that of our changing city, rife with new dangers and old problems.

Interlaced with Fitzpatrick’s exploration of humanity at large are windows through which his readers can explore his personal history, one steeped in landscapes and voices deeply familiar to all who grew up or live in Chicago. Three Aces on Taylor Street. Six Corners. Ukrainian Village. Mike Royko. Nelson Algren. Art Shay. Fitzpatrick’s writing speaks to and for the working class, those who built our city and keep it running, and the wisdom and grace in the small acts and everyday places that glossy magazines don’t cover. Within these essays one discovers the city’s beating heart and gains access to Ground Zero for the material consequences of horse trading by higher-ups in corner offices, those who never seem to see in real time and space what they only consider in theories and on graphs. Fitzpatrick builds nests for us inside the hearts of those who inhabit these spaces, who create for themselves a richness of place and purpose that the detached political machine cannot imagine. 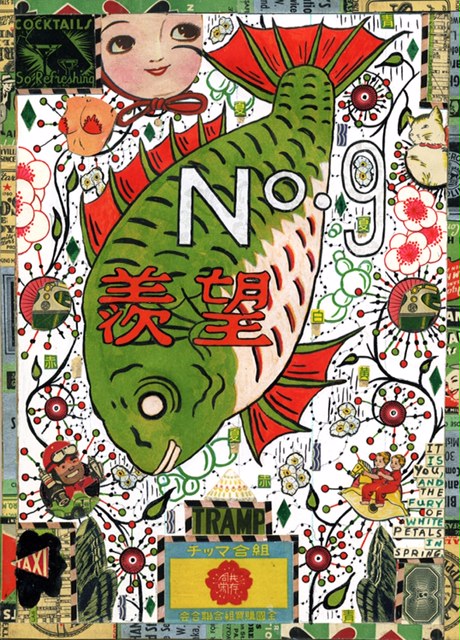 “The Emerald Fish of Togo Jinja”

Perhaps Fitzpatrick’s biggest complaint is the performance of Mayor Rahm Emanuel, a topic that crops up often in these essays. “I think he’s been awful for working people,” Tony tells me. “We’ve had a long line of shit heads running this city. Rahm’s the worst of them.” He considers what Emanuel’s done to the schools in poor neighborhoods to be his biggest sin. And it’s this notion that speaks to the core of Fitzpatrick and his writing: beneath his penchant for foul language lies a deep-seated kindness, a compassion seldom seen from those he holds to account. His outrage comes not from petty slights or easily forgivable frustrations, but from the true injuries that ordinary people endure. Fitzpatrick gives voice to those who don’t ask for much, and too often receive less than that. 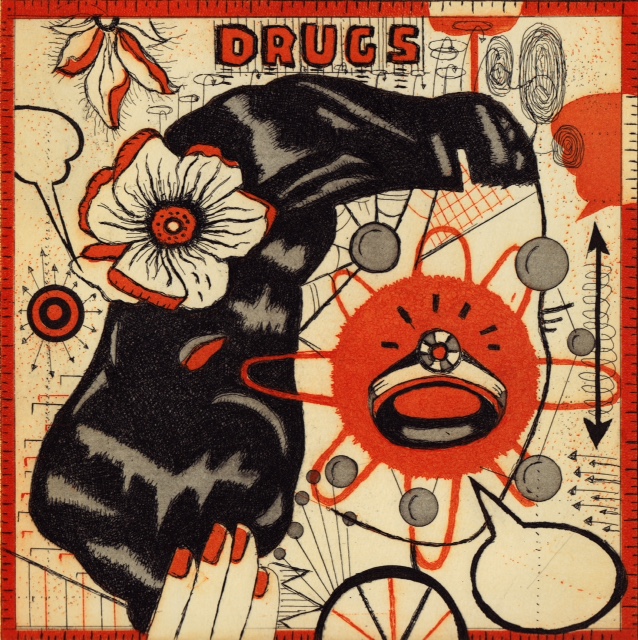 Interspersed with Tony’s writings are his works of art, mixed-media, multilayered masterpieces made up of his drawings as well as found elements and fragments of Chicago history, such as the various matchbook covers that line the outer edges of many of his works. Repurposing found items “gives them another history,” Tony says. And his art feels just like him: bold but delicate, colorful, packed with history, provocative but tasteful. In a word: brilliant. Homages to loved ones anchor several of his pieces. The outline of a woman appears within the book’s cover image and elsewhere, a reference to Tony’s grandmother who inspired his love of birds. “No. 9” is also a recurring motif, a tribute to his late friend and artist Steve Griff who used to tell Tony, “Tread lightly; guys like you and me are already on our ninth life.”

Fitzpatrick uses that life well. He operates two art galleries centered around providing exhibition spaces for young artists, or a “shoestring budget bootcamp,” as Tony calls it. AdventureLand Gallery and Firecat Projects are designed to teach young artists how to make a living after graduation in part by providing exhibition opportunities that might not otherwise be available. “300,000 MFAs are competing for 3,000 jobs each year,” he says. “Art school is the biggest hustle going.” 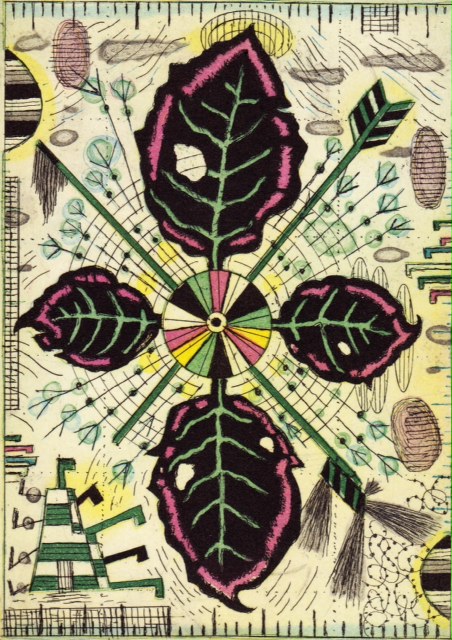 A heart so big is bound to give out sooner or later, as Tony’s almost did this past January. Thankfully, he made it to St. Mary’s Hospital in time and underwent a quadruple-bypass. He’s since lost weight, quit smoking, and in typical Tony fashion, heaps praise on the working-class hospital that saved his life. Now back at work on a host of projects including a role in Spike Lee’s new film tentatively called “Chiraq,” he’s just happy “to be on this side of the dirt.” But enjoying the simple things in life is a lesson Fitzpatrick learned early while watching his grandmother give bread to the birds. “For a piece of bread, you can hear God sing,” she told him.