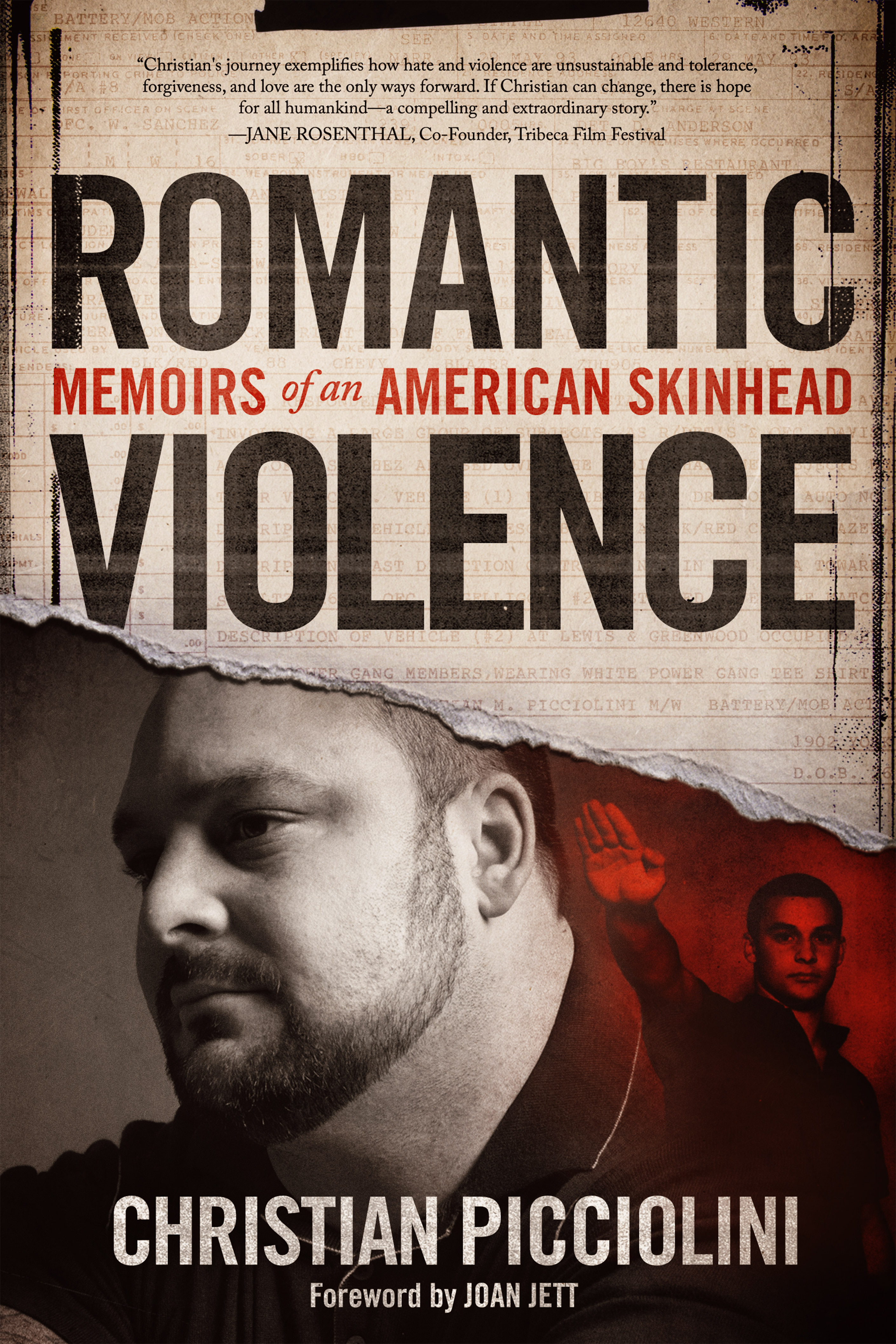 One evening last month, I listened to a former white supremacist warning that America’s biggest terrorist threat came from home-grown hatemongers. He and his audience at The Book Cellar in Lincoln Square had no idea that at that hour in Charleston, a white gunman was ending the lives of nine worshippers in the Emanuel African Methodist Episcopal Church.

Christian Picciolini read from the powerful first chapter of “Romantic Violence: Memoirs of an American Skinhead.” The scene portrays a fight, a turning point when the writer transforms from a sweet kid to a teen aggressor who believes that violence is his ticket to “respect and power.” Picciolini, once a leader in America’s first neo-Nazi skinhead gang, answered audience questions about his extremist years, how he extricated himself, and his work with Life After Hate, an anti-racist group that he co-founded. He talked about recruitment tactics in ISIS and white supremacist organizations. Hate groups prey on the vulnerable and lonely, make them feel special and then entice them in.

That night I dove headlong into his book. It’s a sharp, first-person narrative that is hard to put down. In the morning I woke to news of Charleston, and Picciolini’s words shifted in importance. “Within the movement, we’d started to teach the concept of leaderless resistance,” he wrote. “Small independent cells of activists could inflict much more damage to the system and stay invisible if they weren’t connected to a larger group. Lone wolves.” Picciolini’s brutal account of race hatred and violence in Chicago seemed all too real. The photographs of his younger self with his arm raised in a Nazi salute in front of the Confederate flag, and details of the fourteen words of the racist creed and “88”, the code for Heil Hitler, were eerily similar to photographs and accounts that emerged from Charleston.

It’s a powerful book. Picciolini charts his emotional drift from his loving family, his recruitment into the white power movement and rapid rise to leadership. It’s a fascinating local history of Blue Island during the eighties and nineties, gun shows and the punk music scene. It also documents head-smashing violence and the vile rhetoric of organized hatred, which is difficult to read. Most importantly, it provides an insight into how a person can seize a twisted ideology, risking body and soul in its pursuit. Christian Picciolini wanted to make a mark, be a martyr for something bigger than himself. He is unflinching in revealing his younger self as someone grotesque and he is open in his meditations on transformation and atonement. With the current proliferation of hate groups in the U.S., it is timely to have this insight into how one ordinary kid got drawn into horror, and what helped him get out again. (Toni Nealie)