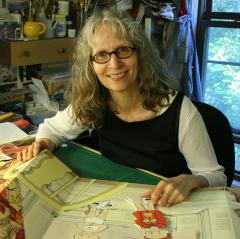 Chicago 1986: Teresa Pankratz and her husband are out on the town, familiarizing themselves with their new neighborhood on the North Side shortly after moving to a new apartment. Artistically, nothing was calling out to Pankratz at the time. But then they happened upon a quaint little shop with a captivating display called Artists’ Book Works. The exhibit was so exquisite that she was immediately drawn in. There, Teresa says, she was “mesmerized by an assortment of beautifully constructed book-like objects: exotic, humorous, intriguing, absorbing.”

Since that fateful night in 1986, Pankratz has been creating small-editioned narrative sculptures and artists’ books specifically to explore the relationship between humans and familiar, domestic objects and sheltering spaces. The term “artists’ books” seems elusive but essentially refers to publications as artworks, books as a medium. Pankratz’s narrative sculptures can be seen as artists’ books as well, the key difference being she incorporates found objects within them, such as the objects in her 2007-08 piece, “The Lost/Found Portrait of Marissa Vorobia.” This work includes a handmade paper record sleeve, shoebox liner and constructed shoebox with a digitally printed lid among other objects. 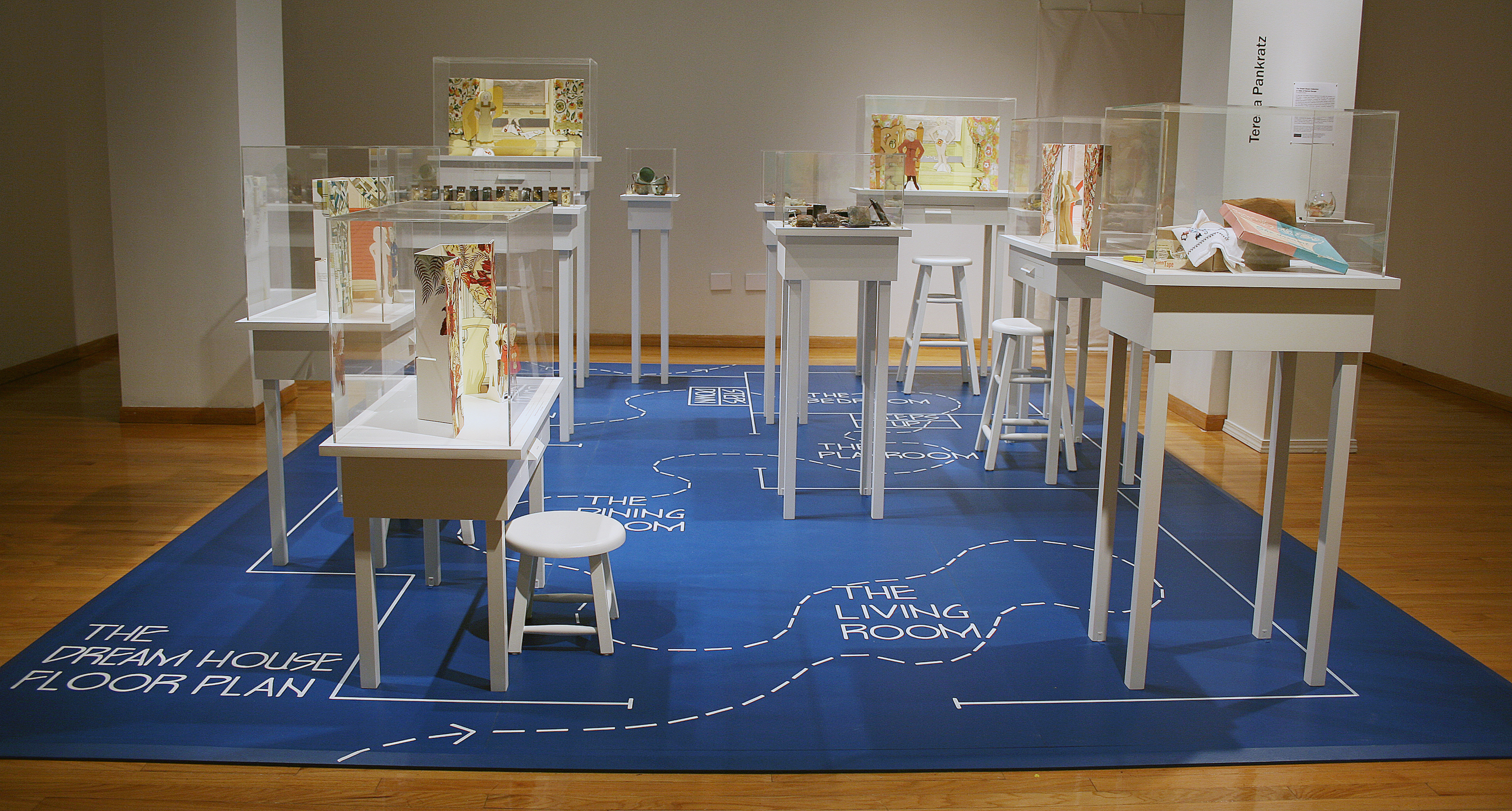 “The Dream House Collection OR Tales of Narrow Escape: A Sculptural Novel”

Pankratz’s exhibitions are extensive, but her most monumental piece is her latest work, “The Dream House Collection OR Tales of Narrow Escape: A Sculptural Novel,” a gallery-size installation following the lives of three fictional siblings and their transformation when their childhood home burns down. Like many storytellers, the inspiration for this piece came from real life experience. In early 2005, Pankratz learned her childhood home burned down: “I was completely unprepared for the emotional response the loss of our home precipitated. I felt untethered. Flooded with recollection, I dreamt constantly of rooms.”

Pankratz found that turning tragic reality into fiction gave her the distance to explore the loss of something with huge sentimental value. Studying graphic novels also helped her to further develop the concept of a novel into which one could enter physically. The novel itself has many components, most notably the “The Collection of Artifacts,” which contains the remnants of memories found amidst the ashes such as a character’s marbles, fragments from a purse and a watch. 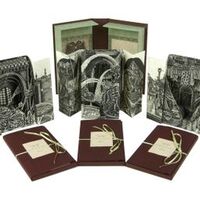 Along with this mixed media work, Pankratz has other upcoming exhibitions. She is currently at work on an installation for a group show called “Worn Articles: Heard, Read, Remembered,” set for October at the Uptown Arts Center and a drawing series with the working title “59 Dreams,” which contains graphite visual narratives of her dreams and is slated for exhibition early 2016 at Hoofprint Workshop.

As with many art forms, Pankratz’s work originates from a story and the need to tell it. “Story has the power to connect” she says “and potentially, transform us. I make artists’ books and narrative sculptures to tell stories in which you and I might possibly recognize each other. My stories are simple tales: often those that are ‘left behind’ in domestic objects or the places that have sheltered them. Using text, image, print media, bookbinding, sculpture and paper engineering techniques, I work to configure the familiar into newly crafted, three-dimensional, narrative realities—realities that expand our understanding of story and inspire a second look—those ‘a-ha’ moments where transformation resides.” (Mahjabeen Syed)