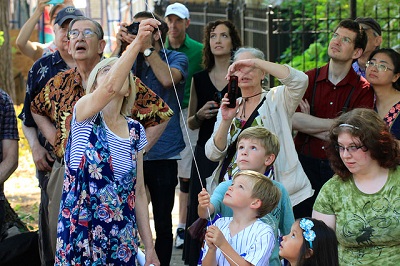 As of Saturday, a brown street sign at the corner of North Artesian and West Wilson Avenues in Ravenswood Gardens celebrates the memory of the block’s former resident: Chicago author Lee Sandlin.

The sign for Lee Sandlin Way along Artesian Avenue was unveiled in a ceremony August 15, what would have been the author’s fifty-ninth birthday. His wife Nina Sandlin came up with the idea to have his memory consecrated on the street of his longtime home while visiting friends in New York a few weeks after his passing. On a long walk through Central Park, she noticed benches dedicated to various people, and was reminded of the honorary signs that demarcate numerous Chicago streets.

“Here in Chicago we have a really nice way of remembering people,” she said of the city’s street tributes. “All kinds of people are remembered [with this type of signage], from Oprah Winfrey to people who are important really just because they’re neighbors.”

Lee Sandlin was born in Illinois, studied briefly at the University of Chicago and was a frequent contributor to the Chicago Reader for many years. After that publication’s longtime editor was fired, he switched to writing books, before his sudden passing in December. He loved the city and thought deeply about the infrastructure of its communities, Nina remembered.

Nina explained that she was attracted to the permanence of the street sign tribute.“Lee is fourth-generation Chicago,” she explained. “He always wanted to live here and not somewhere else… so I thought that he would be pleased to have his name now be part of the built environment of the city.” 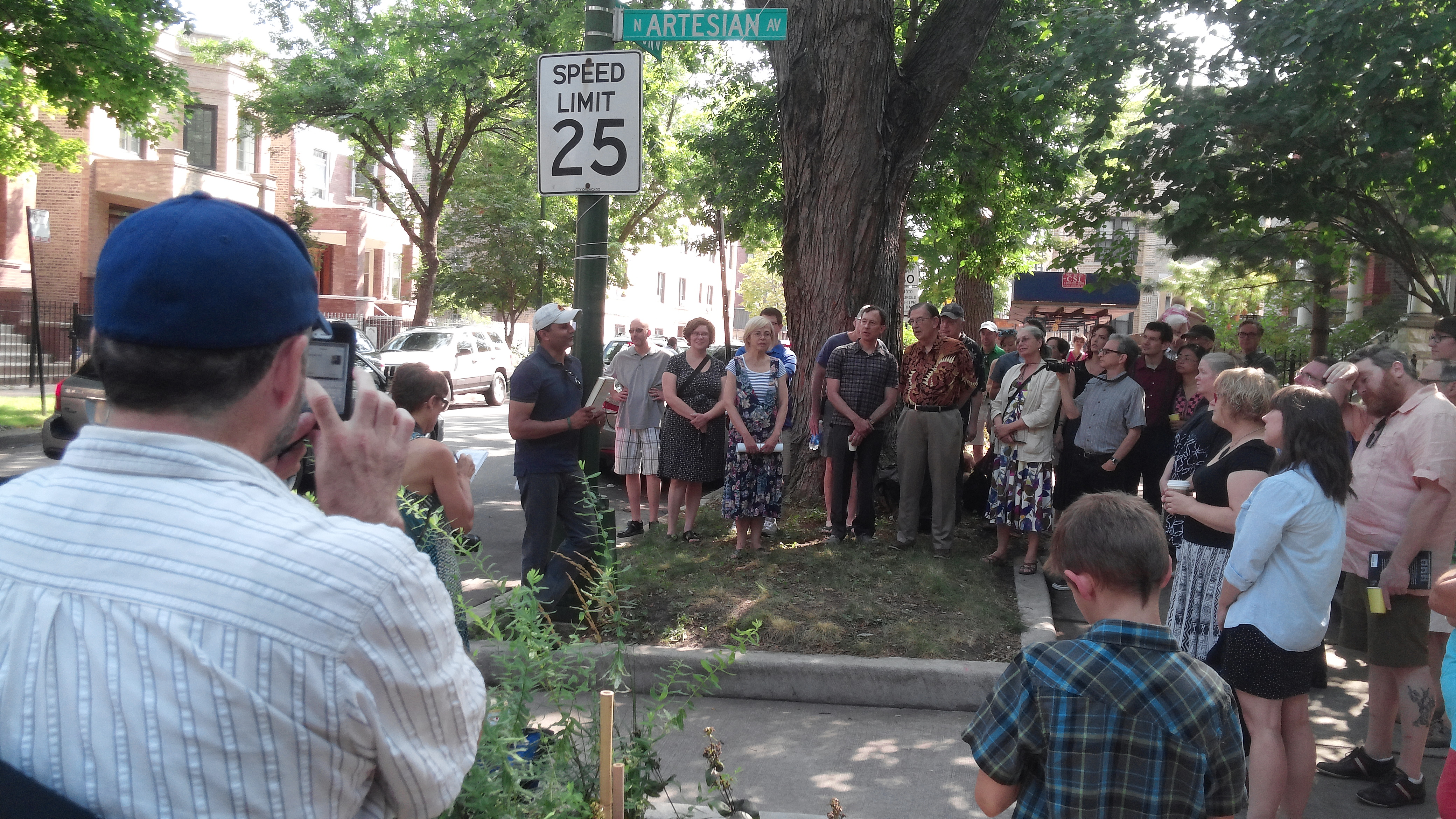 More than a hundred people flooded the corner of Artesian and Wilson that hot summer morning to witness Nina and three neighbors, all children, remove the white covering on the sign for Lee Sandlin Way. About a dozen attendees offered their memories and thoughts on Lee, including Nina and the alderman.

“It was a very old-timey community gathering in the shade of a big sprawling tree, and the people were neighbors or family or admirers of his writing,” Nina described. “It means a lot to me to be able to look out of the window and always see his name, but the wonderful things that I heard at the gathering meant even more.” (Marissa Page)