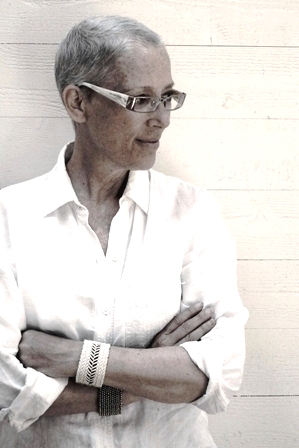 In her memoir of prose poems and essays, Re’Lynn Hansen captures what she calls the “prismatic moment,” the color burst, the distilled essence of past. It’s sweet-sharp. Beauty, loss and humor sidle out from memories—a horse “gone like a ghost train, all light and muscle flying past,” a severed toe in a white handkerchief set in a drawer, an old guy in a nursing home who insists on putting his shoe on his lunch plate. Looking at adolescence, Hansen threads ideas of “becoming” and being “more,” over a catalog of recollection and longing.

The recipient of the New South Prose Prize, and the Prism International Creative Nonfiction Prize, Hansen is the author of a chapbook, “25 Sightings of the Ivory Billed Woodpecker,” and a novel, “Take Me to the Underground.” She is associate professor in the Nonfiction Program in the Creative Writing Department of Columbia College Chicago. Newcity chatted with her via email.

What was the drive behind the book?
I always wanted to capture the soul of women who were looking outward, who were observers, who knew more than they let on. I was looking for pieces of a young woman’s adolescence (my adolescence) that came together in a way that might actually belong to her.

Why “Some Women?”
I’ve always thought that the code had not been cracked on women. Nor men, for that matter, but women are more enigmatic to me. Women can shimmer and pan away and that calls for an extraordinary effort to bring them to the page. In the book there is one short piece called “Lake Cumberland.” It’s about a former lover of mine who was schizophrenic. I don’t want to romanticize schizophrenia, but I realized all her words and gestures were lovely. I didn’t want to eliminate any of them. I wanted to see her as a whole being.

As a gay woman who taught women’s lit and women’s studies, you would think women would not be such enigmas to me. But they are. This book is about an era of women. It’s important to bear witness to the memory and through the memories of women, in particular the seventies, because it was a period when women were directly invested in a visibly cultural moment.

The book is part of the Marie Alexander Poetry Series. Is it poetry? Is it memoir?
I like the term “hybrid work.” Memoir is an exciting place to be. It’s an evolving genre blending literary forms. It encompasses graphics, poetry, metaphor, stream-of-consciousness and fictional techniques such as characterization and settings. What do we call it? Poetic Nonfiction? Dimensional nonfiction? “To Some Women I Have Known” is a book of memoir written as prose poems and essays. I have moved away from a straight line on narrative in my work. I was diving deep to discover the edges. I think that’s where memoir becomes magical—in the gray areas of meaning. 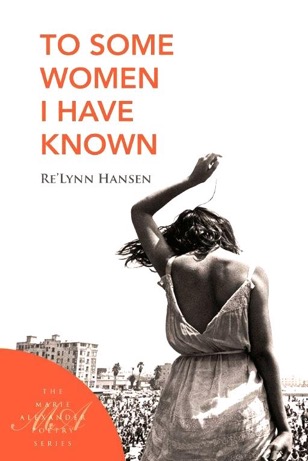 The poems are written in blocks of memory. The piece about my grandmother ballroom dancing is taken from one image from when I visited her on the Alzheimer’s floor of her nursing home. She was swaying her body and arms to mimic the trees. I knew it would stay with me like a photo.

My writing is also influenced by “Refuge,” by Terry Tempest Williams, about parallels between a family’s cancer rate and the environment’s demise. My response is “25 Sightings of the Ivory Billed Woodpecker.” I make links between the bird—believed to be extinct—and my grandmother — who has passed on and who has “extinct” behaviors that I try to salvage. I felt about my grandmother as I do about the Ivory Billed Woodpecker. Everything she was, is still within me. She is “believed to be extinct.”

You work in Chicago and live in Michigan. How do the city and the Midwestern landscape configure in your writing?
The Midwest does not ask us to reinvent ourselves as New York would. It does not ask for the grand gesture, as the West Coast would. We are known for what does not happen, the identity we do not have. The Midwestern writer serves up more questions than answers: Who are we? Where are we? We have spiritual moments, the encompassing grandlessness of our landscape, the paradox of being contained in this openness, coupled with the irony that just one percent of our prairies exist as they did two-hundred years ago. It turns out simple and unassuming beauty is the easiest to destroy.

The hard kernel of loss is twinned with levity—how do you manage to keep humor and such a light touch while writing about devastating things?
There’s a quote from Fitzgerald from his memoir piece “The Crack Up” where he approaches why we want to write about experiences that are deeply sad and beautiful. He writes: “The test of a first-rate intelligence is the ability to hold two opposed ideas in the mind at the same time, and still retain the ability to function.” The ability to step back and to see loss as tragic and a learning experience and as something that brings humor and understanding is, according to Fitzgerald, what makes us first-rate thinkers.

As readers we look for these oppositions all the time. Take a look at the blurbs on the back of any book. You’ll find quotes like: “mysteriously beautiful…,” “hilarious and lurid…,” “Lyrical and witty…,” “tragic and deliriously romantic, brightly colored sweet and painful.” Wow. That there are truths that are paradoxes is as old as literature. Life is complex. It’s beautiful and painfully so. It’s not controlled, it’s messy. It’s hard dreaming and hard living and if I didn’t try to write about the levity twinned with loss, then I would never get any further with getting it right.