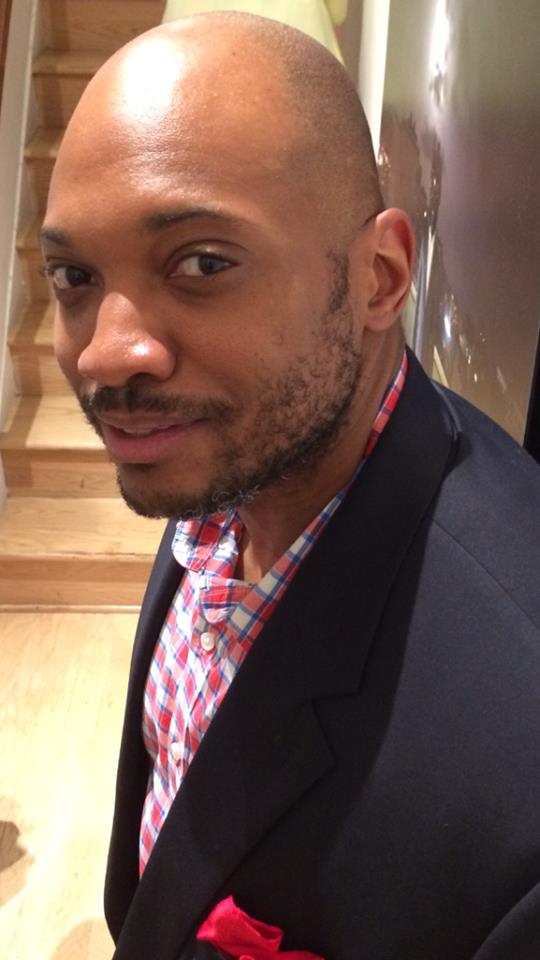 How did the book begin, and how long did it take to complete it?
In 2011, I decided to take a break from writing fiction and poetry and give essays a try. When I was a student in the creative writing program at the School of the Art Institute of Chicago, I never took classes in nonfiction and initially felt I didn’t have the reportorial voice I thought essays needed to have. But I had so many feelings I needed to express that I took to essay writing with ease.

For years, I had been holding in a lot of mixed feelings about both the black community and the gay community. I needed some sort of catharsis. “What Color Is Your Hoodie?” is the culmination of it. I began the collection in late 2011, but the collection really began to gather momentum and take shape when George Zimmerman was acquitted of murdering Trayvon Martin. I completed the manuscript in early 2014, and spent the better part of that year querying agents and publishers. I’m happy it found a home at Chelsea Station Editions, an LGBT press.

How would you describe the book to readers?
I think of “What Color Is Your Hoodie?” as hybrid prose: part memoir, part academic essays, part cultural criticism, and one letter. Of course, the book’s hybridity is one of the aspects that confounded publishers when I started sending it out. They were insistent on an overarching narrative for the collection. I’m grateful to writers like Claudia Rankine (“Citizen: An American Lyric”), who demonstrated that hybrid texts are viable, sellable and worthy. The book is a response to my question, “What does it mean to be a black gay man in this moment?” I wrote this book especially for black gay men, because I love us so, so much. My own very private experiences and observations are ways to connect to other black gay men and ask, “Did you notice that? Did you go through that too? Do you see me? Do you love me?”

Naturally, my book does not speak for the entire black gay male community—no book can—but I hope the book starts dialogues of all sorts, particularly about friendships, health and our representation across all media. 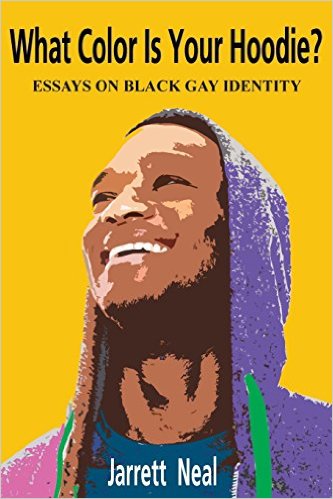 Some of these essays are quite angry (rightfully so), sad and, of course, revealing. What was the most challenging aspect of opening yourself up to the world in those pages? Did you fear judgment?
When reviewers talk about the frankness and, shall we say, the audacity of the essays in the book, I’m always taken aback. I think: “What? You don’t talk about this stuff with your friends?” I am in no way ashamed of anything I wrote in this book. Since the book focuses on such personal topics (e.g. bodies, sex, (in)visibility, violence, love), there was no way I could avoid forays into the provocative. A mentor, Ellery Washington, once told me that nonfiction demands risks, and he was absolutely right. Readers will judge anything a writer writes. I’m a grown man, and I’ve run out of you-know-whats to give. When black men write anything or express themselves creatively in any way, someone always wants to shame and silence them. Nevertheless, I invite all readers to absorb this collection and learn from it but, honestly, anyone who reads this book and only remembers the provocative aspects of it completely missed the point. I am grateful to writers such as bell hooks (“The Will to Change” and “All About Love”), Jeff Mann (“Edge: Travels of an Appalachian Leather Bear”), and, of course, James Baldwin (“The Amen Corner,” “Another Country,” and “The Fire Next Time”) for paving the way for me to be so candid and intrepid in these essays.

Many of the essays address the issue of the black male’s fetishization (in film, TV, pornography, etc.), which ultimately robs the black male figure of a full-fledged humanity. This problem crosses over in real life, obviously. In one of your essays, you wrote: “To be left alone with one’s body and to be in sole possession of it, disconnected from the stereotypes, assumptions and expectations tethering it to society, is a glorious feeling.” This statement also applies to the black female body. How do you suggest that black males (and females), regardless of sexual orientation or sexual identity, work toward “owning” their bodies?
When the black community values all of its members. In one of her books, bell hooks wrote that loving relationships between black people is one of the most dangerous threats to colonization and white supremacy. I believe that. Self-care goes a long way. For me, feeding my mind with good books, writing, journaling and exercising help. But it all comes back to community. Black folks need to own their bodies completely. Look at all we’ve accomplished.