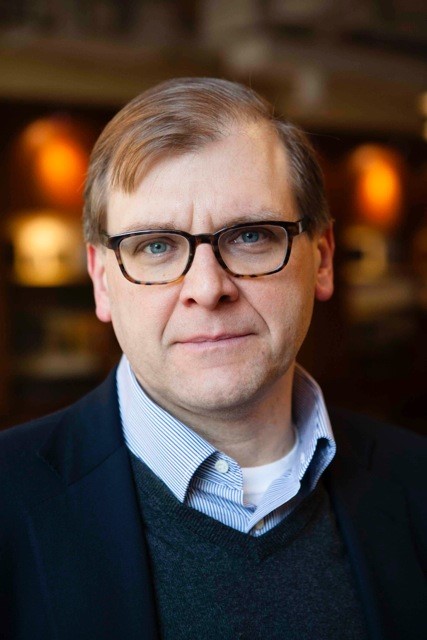 “The Third Coast” by Thomas Dyja is the One Book, One Chicago selection for this fall and the twenty-sixth book the program has selected since its inception in the fall of 2001. For those unfamiliar, OBOC is a Chicago Public Library Program that aims to unite the city via the shared experience of reading the same book. Each book is selected along with a corresponding theme, which is then explored through various free programming.

As Jennifer Lizak, Coordinator of Special Projects with The Chicago Public Library explains, this year’s theme, “Chicago: The City That Gives,” “was a natural fit not only for the book [but] also for a season-long exploration.” She also notes that this year the CPL collaborated with their partners at the Chicago Community Trust in choosing a book and theme so that it would also reflect the Chicago Community Trust’s centennial celebration.

Lizak also shares why she believes the program is so compelling for so many Chicagoans: “I think people are attracted to the One Book, One Chicago program because it is a shared experience that we don’t often get to have once we are adults. Even if you do not attend a book-discussion group, there’s something neat about knowing you’re reading a book at the same time that thousands of other Chicagoans are also reading it.” That notion of community is reflected in the fact that this year, for the first time ever, every single library in the CPL system will be hosting a One Book-related event.

“The Third Coast” was selected as this year’s book in part due to its popularity and already high circulation rate. But, as Lizak notes, “I also think that Chicagoans really enjoy reading about the history of our city, and this timeframe in particular (roughly 1930-1960) will be of special interest to people who grew up in that era, or whose parents or grandparents grew up in Chicago at that time.”

The CPL is also hosting a series of events for Banned Books Week (September 27 -October 3). The Teen Department will have events throughout the city including “Art for Banned Books” in which participants will create banned books-inspired art and book discussions for books such as “Native Son,” “Annexed” and “Monster.” Lizak adds that the CPL will also host four performances of Books On The Chopping Block in collaboration with City Lit Theater. These performances will be dramatic excerpts of some of the most challenged books in America. And in a full-circle move, the CPL will also be highlighting various banned books on the CPL blog, including books that were previously selected as One Book titles. (Kim Steele)