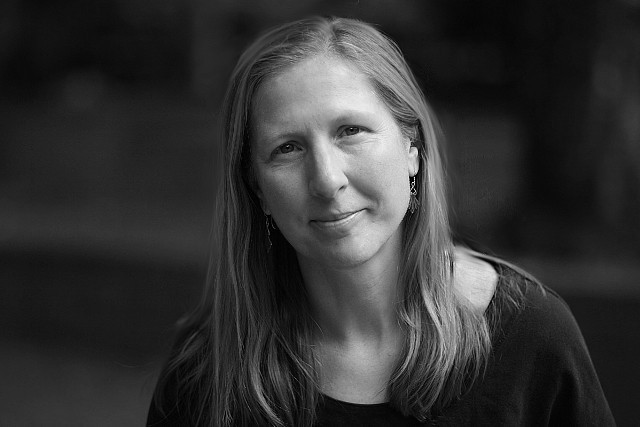 Bonnie Jo Campbell, a Michigander by birth, is a short story writer and novelist known for her grit and talent, not all of it in the field of writing; she’s also a mathematician. Her last story collection, the National Book Award nominated “American Salvage,” showcased the scrappy, hard-fought lives of those in the rural Midwest. And her much anticipated new collection of short stories, “Mothers, Tell Your Daughters” likewise features tough Midwesterners, but this time she focuses her gaze on a selection of determined but frequently compromised women navigating a sexualized world filled with men who seek to exploit, abuse and abandon them. I recently called Bonnie Jo’s home in Kalamazoo, Michigan—where she lives with her husband and two donkeys—to discuss her latest book. She happens to be the liveliest subject I ever had the pleasure of interviewing; the kind where pre-interview banter is as quotable as the interview proper and where the interview proper felt like an actual, engaging conversation.

So what’s it like having your fifth book come out?
Even though this is my fifth book, it’s still really terrifying. It doesn’t get easier because books are so permanent compared to everything else. I’m always getting upset with who people dedicate their books. I waited till I was married twenty-four years to dedicate a book to my husband because I wasn’t sure it was going to work out. I keep seeing people dedicate their book to their boyfriends and then they break up and I’m like “Wait! You can’t break up! You dedicated a book to him!” You doom yourself. But not my husband! We’ve been married twenty-eight years now so it’s okay. This one’s dedicated to my mom. 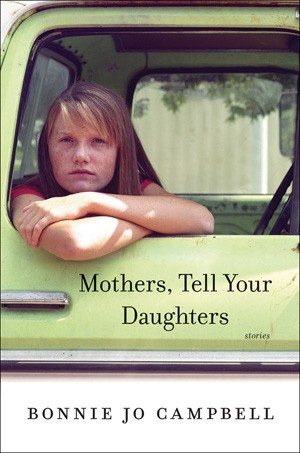 You said previously that you prefer to write male perspectives, both because they’re focused and because you like their banter. Here you write almost exclusively from some kind of female perspective. Were there any challenges in that?
Oh yeah. Each of these stories seemed impossible before I finally figured it out. The women are of many minds in the book. Some are kidding themselves, some of them are trying to kid others, and some are just trying to make sense of things. I did feel as though the narration had to be a little more complicated than my male narrators. I don’t really believe what I jokingly say, that men are simple, but I do find that when I write female characters, I can’t be quite as direct. Maybe it’s just my warped view of the world, but there’s usually some kind of subterfuge going on.

Unsurprising, one of the recurring conflicts in “Mothers, Tell Your Daughters” is between mothers and daughters. Where do the divides spring from in these stories?
The stories were written, as with “American Salvage,” over a twenty-year period, at various times and different jags of thinking about things, but I guess for the conflicts what I was most interested in was when mothers who are matriarchs were fading and then the daughters are there to become the matriarchs and maybe they don’t want to or they’re not ready. A lot of the conflict in the stories comes from some kind of perceived violation. And that is necessarily a mother-daughter conflict. I’m not interested in women as victims, but I am interested in the after-effects of perceived violation.

That kind of perceived violation is central to the title story of the collection, where the narrator, a rugged independent woman, is in conflict with her daughter who was molested as a child. I very much wanted to like that narrator, at the same time I felt utterly repulsed by what she was saying.
Good! I meant for her to be a very complicated character. For women of a certain generation it was difficult for them to be in charge of their own fate. To be one’s own woman now is maybe a little less difficult with some determination. This woman grew up in a time where in order to even survive being an independent woman, she had to be over-the-top independent, to the point where she is incapable of apologizing or seeing the world any other way because it would threaten her ability to survive. She’s older now, she could apologize or change her mind, but she’s so stuck in her ways that she won’t. That’s the repulsive part. But I think most of us admire a woman like that just for her veracity.

Yes! Like with the jokes she cracked toward her gender studies professor daughter, as much as they were loaded, I found myself—
Almost agreeing with her?

Yeah, even though I don’t politically.
Exactly! That’s what was so fun about writing that story: Us good liberals reading this book have to contend with this complexity. And maybe that’s why this book was a different kind of challenge than “American Salvage.” For most of my male characters I wasn’t trying to present anything close to an intellectual view of the world that contrasted so much with the physical world. 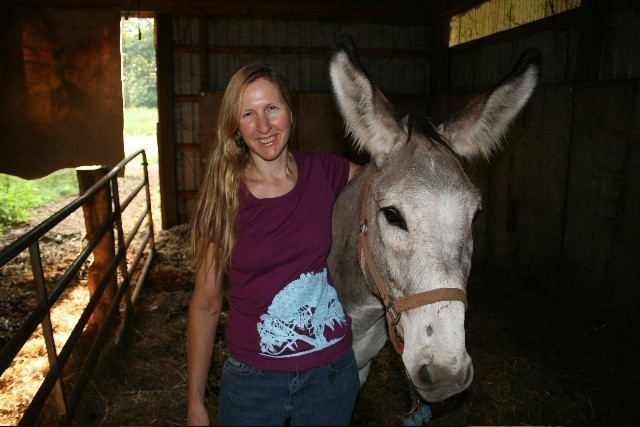 You begin the collection on an almost puzzle of a story, “Sleepover,” a quick and dirty flash whose meaning might escape the reader. Why did you start the collection with that particular story?
I often like to begin a collection with a short piece, because if they miss the gist they can still read on, but they can also go back and get what they missed. I guess I like that story at the beginning because it has a simple setting. I think to a lot of people it’s a familiar setting, only a little bit perverse. And I meant for it to work as a prose poem in that pieces added together into a little bite-sized effect. I was experimenting with the ways men or boys objectify women and I was just looking for one expression of that, and it ended up being this idea of women and their body parts. So I hope it’s a fun story to read first. We writers always like to envision someone picking up our book in the bookstore and liking something right away.

I saw a discussion on Goodreads already developing about the material the collection covers, including rape, drug use and cancer. While some of the stories were pretty brutal, I was astonished by how funny you could be in those stories.
Life at its grimmest is also funny at the same time. If we didn’t see the humor, we would just have to close up shop, leave town, or jump in the river and drown. I write about the working poor and they’re either usually ignored by the mainstream media or they’re treated with this weird, glowing reverence as though they’re the descendants of “The Grapes of Wrath” crowd. I do want people to see that the poor have a sense of humor about their own lives. And I don’t mock the people in these sorts of situations, but it’s hard to imagine a situation where something funny isn’t also happening.