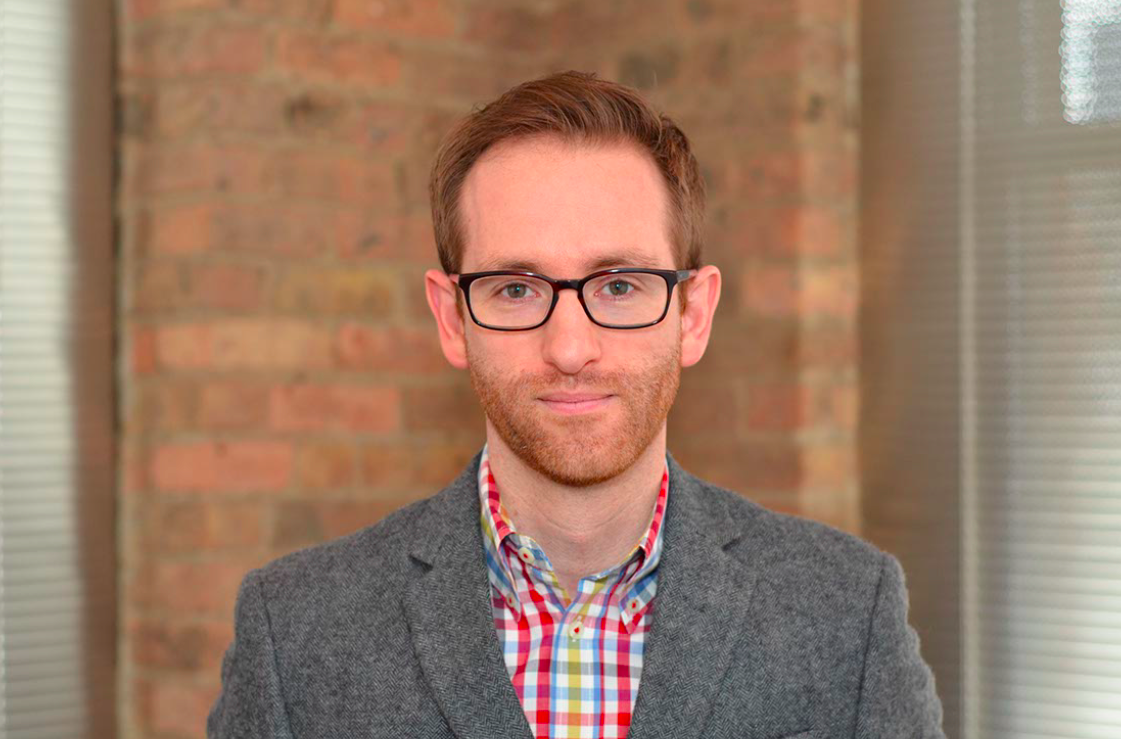 I’ve never thought much about voiceover. Then, a few months ago, I saw Lake Bell’s movie “In a World,” and was quite impressed with it. And even more recently, I happened upon Dave Reidy’s forthcoming novel, “The Voiceover Artist,” a story about a boy with a stutter who dreams about doing voiceover work for commercials. Suddenly I found myself quite drawn into this uncommon world, and wondering about what attracts a person to voiceover narration. So I asked Dave Reidy about it.

What brought you to the world of voiceover?
My first job out of college was at a small advertising and design company in River West. It was an eight-person shop at the time, and we had clients who did radio, so I got a chance to write some radio scripts and also observe them being recorded. Eventually I got to direct some voiceover sessions too. So my real entry into that world was from the other side of the glass, not the performance side. I quickly saw that there was an art to it. There were people who could transform themselves, using the microphone almost as an instrument.

Have you seen “In a World”? It’s also about voiceover.
I want to see it, but I’ve been avoiding it while working on this book. I did read the New Yorker Talk of the Town interview with Lake Bell around the time it came out, and it was enough to realize that my story was really different from hers. For the same reason, I didn’t see “The King’s Speech,” which is about stuttering. The editing just finished a couple weeks ago, so now I can watch both of them.

Besides the obvious metaphorical resonance, what made you decide to give Simon a speech impediment as serious as stuttering?
A lot of my work has to do with difficulty communicating, so there is that metaphor at play. Also, I didn’t realize this until very late in the process, but I think one of the things that inspired me was that one of my younger brothers had a virus attack one of his vocal chords. He was unable to speak for a number of weeks, and it was scary. He was eighteen years old. We thought he might be losing his voice for good. That fright sort of stayed with me.

What do you think drew the main character, Simon, to the world of commercials, as opposed to news broadcasters or movie trailer narrators?
The radio was his companionship during Simon’s eighteen years of silence. He wasn’t seeing a lot of movies, because he grew up in the countryside, and his family didn’t have a lot of money. With regard to the news, Simon was sensing a perfection and an artistry that could be achieved in those sixty-second commercials that even the best newscaster couldn’t sustain over the course of a broadcast. It was his perfectionism that drew him to voiceover. Part of the arc of the book is Simon’s finding out that there is a lot more to art than a quest for perfection.

I noticed a lot of sibling rivalry in your book—and, having an older sister who is a doctor, I could relate to it quite a bit. Are you as competitive with your siblings as Simon and Connor are with each other?
I have two brothers and a sister and I’m happy to say that the sibling rivalry in this book goes to some darker places than my own sibling relationships have gone. That said, I think that I was definitely able to draw on the tension of having a sibling, of finding your place in the world not in a vacuum, but in relation to a brother or sister. I wanted to write about this sense of a nuclear family that not only shapes our view of the world but also of ourselves and our place in it. Just how powerful a hold that can have on you even into your twenties and thirties.

Well, you’re lucky that you get along with your siblings. A lot of people don’t.
We all sort of decided, at some point, that we want to be the kind of siblings who get along.

Speaking of getting along… I don’t go to any myself, so I found myself wondering if a church like the one in the book exists here in Chicago. Is it based on an actual place?
It’s really not. There’s no St. Asella’s in the city that I’m aware of. It’s a composite of places that I’ve experienced, and much more of it is imagined than exists. But I think there are those parishes that are palpably sad when you go in, and sort of just undernourished, under-attended, and your reaction can tend to be ‘I’ve got to keep the energy of this place at arm’s length, otherwise it will bring me down.’ But one of the things I tried to explore in the book is how there are still very real stories happening in those settings. Those places can be a real lifeline for the people that are a part of them. That community may have value even if we as outsiders wouldn’t value it. Insofar as there are people there who matter to one another, then there’s something interesting happening. 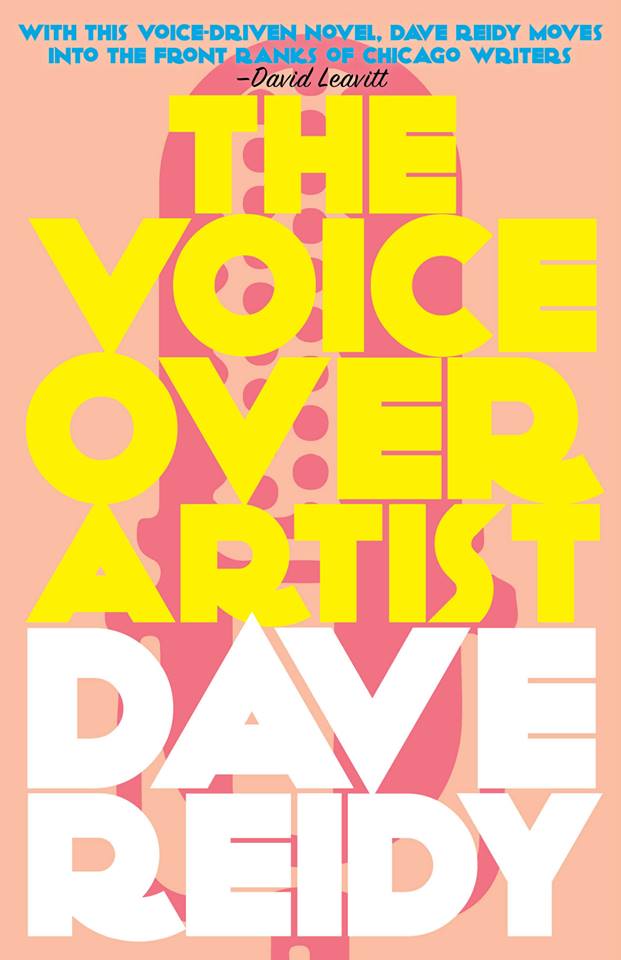 This arm’s-length mentality made me like Catherine less by the end of the book. Was that intentional?
I feel like Catherine and Simon’s response to St. Asella’s work in inverse relationship. First Catherine is seeing the potential in it, and Simon is dumping on it; then vice-versa. Both are reasonable reactions. Catherine was being devoured by the community at St. Asella’s, not quite able to recognize herself or her life. It was costing her relationships in her life outside of the St. Asella’s community. So she decided to leave it behind. I do think it speaks well of her that even though she decided to put some distance between herself and the community, she did come back to help, just once more, when she was called. At some level the human connection still mattered to her. But the people there had come to depend on her so much I think it just drained her. And I don’t blame her. I don’t know that Simon would have stayed forever either. It was important to me that if I was going to write a novel in the twenty-first century that involves Catholicism that it would show someone leaving for a fair reason. I think that’s a real experience.

What made you want to start the book in church?
I wanted to see if I could write a novel good enough to overcome the initial distaste or discomfort that some readers would experience with a story that begins in a church. I also thought that, if the book were going to deal with religion even a little, it would be more fair to the reader to start the story there than it would be to sneak it in later.

Did you know anyone with a stutter? Or did you have to do some research?
I knew some kids growing up who stuttered. They all pretty much got past it. In terms of the research I did, I did just enough to figure out the mechanics of it. Most of what we find out about stuttering in the book is Simon’s perception of it. He’s totally self-taught when it comes to his stutter. He has learned it, he has personified it; he has a relationship to it. I figured that I could say whatever I wanted to about the stutter so long as it’s real in the world of the book and it’s credible in Simon’s head. If Simon could believe it, I figured the readers could too.

What made you choose to have all the chapters in different people’s perspectives? I noticed they don’t overlap, timing-wise, which I really liked.
The first three full drafts were told entirely from Simon’s point of view. I’d had doubts all along, but finally I decided that his narrative perspective could not carry 300 pages. We needed to see him through the eyes of other people. It also gave me the chance to tell all these other stories, which were as interesting to me as Simon’s stories. And it helped make Simon more dimensional and more sympathetic. I needed those other stories, and Simon needed them too, to come to life.

My personal favorite is his agent, Elaine. Do you think her and Larry could get back together after the end of the book?
Readers are welcome to draw their own conclusions, but I would say that neither their personal nor professional lives would come together in a meaningful way. I would hope that if they saw each other they could get a drink and heal a little, but there’s no romance in their future so far as I can tell. Their time passed, and they may never have been a perfect fit anyway.

Do you think Simon and Connor can be friends, after everything that’s happened between them? Maybe I’m just pessimistic, but I felt like even with this truce, they would never be that close.
I think they are probably too different to really be friends. My hope for them is that they can be brothers.

I like to end interviews with a question about literary abodes; if you could choose any fictional world to live in, which would it be?
The worlds created in most of my favorite books and stories are excellent fictional spaces to inhabit, but they’d make nasty places to live. So I guess I’ll say Colum McCann’s “TransAtlantic” — specifically the chapter in which former U.S. Senator George Mitchell is working like hell to finalize what would become the Good Friday Agreement in Northern Ireland. I was studying in Dublin just a few months before the agreement was signed, so I was close by in space and time but, as a nineteen-year-old American kid living abroad for the first time, an incalculable distance away from the reality of Belfast in the late nineties. If I could close that distance just a little by posing as a clerk or a runner in the Mitchell chapter of McCann’s novel, I would.