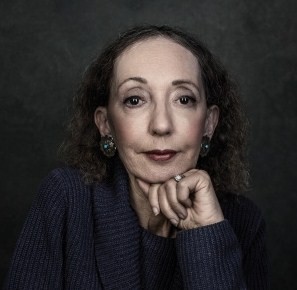 “Here is the paradox of the memoir: its retrospective vision, which is its strength, is also its weakness,” Joyce Carol Oates warns in her new book “The Lost Landscape: A Writer’s Coming of Age.” “The fact is–We have forgotten most of our lives. All of our landscapes are soon lost in time.” With this challenge in mind, the prolific Oates works cautiously to reconstruct what is lost through the muddied nature of memoir, exploring her childhood on a farm in western New York and the ways in which her upbringing has shaped her writing life. In fact, this memoir is composed largely of reprinted essays written between 1986 and present day, indicating the discontinuous, cyclical nature of recall. “Our memories seem to lack the faculty for chronological continuity,” Oates correctly suggests.

As a result, much of this narrative presents the author as an outside observer who also lives inside the frame. Her tragic tale of an academically challenged acquaintance with a terribly abusive father, the chronicle of a friend who commits suicide as a teenager, and the account of a colleague who disappears from graduate school after a breakdown all provide counterpoints to Oates’ own experiences, highlighting the stable home and strong familial support she enjoyed. Her essay “The Lost Sister” tells the story of the author’s sibling and doppelgänger Lynn Ann, born on Oates’ eighteenth birthday; Lynn suffers from profound autism. Oates works to contextualize her sister’s struggles and those of the others about whom she writes within the framework of her own life. Through it all, her parents loom large as dedicated and loving anchors in the turbulent waters of her childhood.

In a recent email interview, I asked the author for further thoughts on several of the topics she mines in her book, how things have changed since her childhood, and the nature of writing memoir.

Your love and admiration for your parents is obvious in “The Lost Landscape.” As you explore many painful challenges throughout their childhoods and adult lives, you marvel at how your parents were able to be so present and dedicated to their children in spite of their own difficult pasts. What do you imagine ultimately broke the cycle of abandonment and anguish that allowed them to be such fine parents?
My father did have a loving, protective, intelligent and far-sighted parent, his mother Blanche. No doubt that made all the difference. By nature he was skeptical, assertive, “masculine” in the old-fashioned sense of the word. He had a remarkable sense of humor, which I hope I have inherited to some degree.

My mother was a somewhat shy, unassuming, very “nice” person in every sense of the word. She was naturally generous—I can’t remember a single remark of hers that was sarcastic or even chastising. (In my novel “Missing Mom” I make the attempt of rendering such a person into prose fiction. It isn’t easy—though there are many “nice” people in our lives, they do not transfer so readily into art.)

Many more secrets were kept in families during your childhood than are kept today. You write of your teenage friend Cynthia Heike’s secrets and suicide, and of the Judds, a neighboring family destroyed by abuse whose problems were not publicly discussed. Also, you did not know until well into adulthood that your mother had been given away as a baby or that her father had been murdered. We tend now to keep fewer secrets about abuse and past pain. What do you make of the open nature of family secrets today?
We don’t really know how “open” families are. It is difficult to speak so generally. Because some people seem to be frank and confessional does not mean that they are wholly frank and confessional. 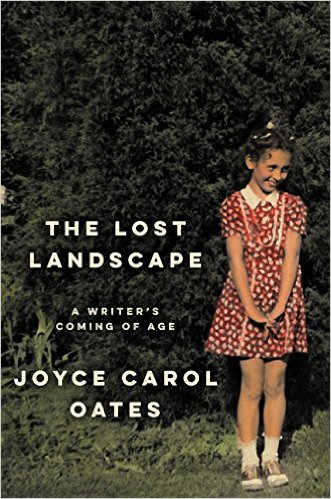 You write of your sister Lynn’s autism and the ways in which it affected your family. Because so little was known about autism at the time of her diagnosis, blame was misplaced, causing heartbreak for many. You note, “Some years later it would be suggested (by one of the numerous specialists to whom Lynn was eventually taken) that ‘autism’ is a form of schizophrenia caused by bad mothering”; thankfully, this damaging theory has been discredited. However, in speaking of the bullying you endured as a child, you write, “That my parents knew relatively little about the extent of my misery at the one-room schoolhouse may have saved me from a protracted reliving of it. That there were no ‘therapists’ in the rural world of my childhood and girlhood may have saved me from a similar reliving.” So, it seems that your family was both injured and aided by not having the perspective on psychological issues then that we have today. What do you make of the way we approach psychological issues today in light of these experiences?
The causes of autism are still being debated, but appear to be environmental as well as genetic. They do not appear to arise from “bad mothering” at least—that much is known. (My friend and university colleague Sam Wang, [based out of the Molecular Biology and Princeton Neuroscience Institute but also an affiliate faculty member] of the Princeton Psychology Department, has written extensively on autism, and his work is recommended for anyone with a clinical interest.)

Also, “therapy” can be helpful, or not-helpful, depending upon the therapist. There is no such thing as a “therapy” in the abstract—there are therapies, varying stratagems for dealing with psychologically damaged individuals.

You write about your time in graduate school and the simultaneous disappointment and relief you felt when you were not invited to continue on for your Ph.D. while at Madison. It seems that the nature of academia at the time foreclosed on your ability to write freely and to examine texts creatively. Do you see this trend in academia today, or do many of the constraints imposed upon you at Madison no longer exist?
Again, that certainly depends upon the university, and upon the department. I would surmise that the rigidly old-fashioned “scholarly” approach is no longer popular, or widespread—but I am not sure. It was very good luck that I did not expend my energies as a young woman working for a Ph.D. in English—I never had any passion for scholarship as true scholars do, and would have been terribly unhappy. In fact, I can’t even imagine myself today. How grateful I am, in retrospect, that the quibbling M.A. examiners were not more generous/less sexist.

The nature of memory and the art of life writing is explored throughout your book. You note, “The root of the word memoir is memory. When memory is cast back decades it is likely to be imprecise as a torn net haphazardly cast that may drag in what is irrelevant as well as miss what is crucial.” This is just one of your many references to the ways in which memory is contextualized and altered through time and by traumatic events. By mentioning the unstable nature of memoir, in what ways are you helping your reader to contextualize the lost landscape you so eloquently describe?
My next novel, “The Man Without a Shadow,” is very much about memory also, from a more neurological point of view. (The protagonist is a woman neuroscientist whose subject is a man suffering from extreme amnesia.) Throughout the memoir I was concerned with a theory of memory as well as recounting my own life, since I think that we are all concerned with such theories: what do we remember, how do we remember, what portion have we forgotten, what have we distorted or blocked out entirely? It is strange that, in some reviews, I have been taken to task for being frank about what, in other memoirs, is glided over: that we cannot really recall with one-hundred percent accuracy, or anything approaching it. Isn’t it better to be honest, than to suggest that we have total recall? I was also concerned not to repeat material treated at length in my first memoir “A Widow’s Story.”