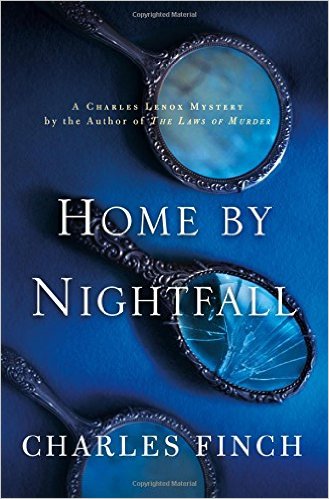 Author Charles Finch’s latest mystery, “Home by Nightfall,” features Finch’s British, upper-class detective Charles Lenox pursuing clues to two crimes, one in London and one in the country town of Markethouse where he and his brother, Sir Edmund Lenox, grew up.

The first puzzle is where did a brilliant German pianist named Muller disappear to after a concert he gave? He seems to have vanished into thin air, since no one saw him leave the concert hall, and there have been no sightings of him in London. In addition to this disappearance, a countryside mystery forms in the town of Markethouse when minor transgressions like small thefts and the inexplicable drawing of a young girl on a newcomer’s steps culminate in a knife attack on Markethouse’s mayor.

Charles Lenox takes a break from the Muller case in order to go to Markethouse to be near his recently bereaved brother, but must act as a detective there almost immediately. This town of Lenox’s childhood and his ancestors supplies a range of personalities as varied as those in London, giving “Home by Nightfall” a consistently interesting rotation of characters. Set in 1876, when class lines were much more rigid in the United Kingdom than today, Charles Lenox transcends those divisions for his job thanks to his intelligence, and his respect for people in all walks of life. Being married to Lady Jane, a bright, take charge person, Lenox is also ahead of his time in that he never underestimates women. His detective firm, in fact, employs a young widow, Polly Buchanan, who contributes greatly to their overall success.

The ninth in the Charles Lenox mystery series, “Home by Nightfall” is meticulously researched, and yet its charm lies in that it never takes itself too seriously. In fact, you could say that it’s made to order for Anglophile mystery lovers who prefer it when violence takes place off stage, enjoy character study and an intriguing plot, and can entertain the idea that although a crime may be solved, it doesn’t mean that justice has prevailed. (Natalie Black)