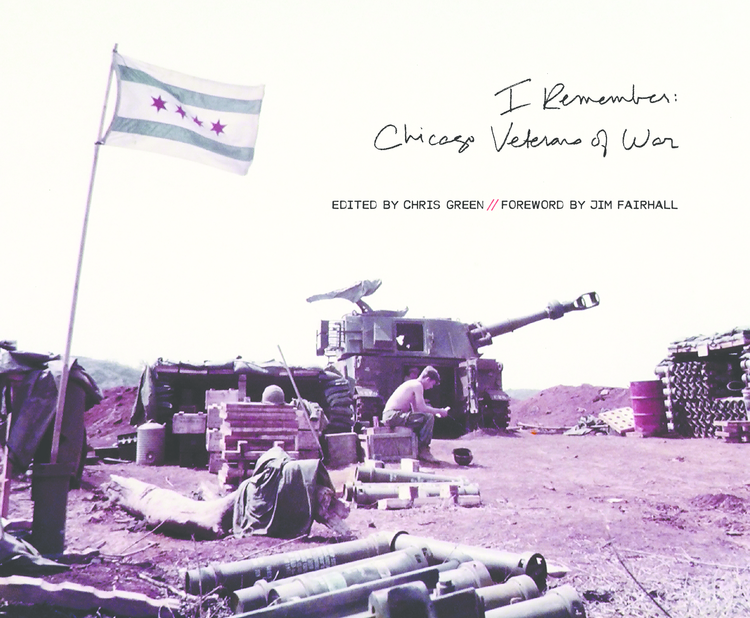 In “I Remember: Chicago Veterans of War,” Chris Green has woven the personal memories of veterans from all of the modern wars to capture the experience of going to war and returning from it. It’s a quick read and a charged one, full of all the devastating memories you expect from a book about war.

The fifty veteran contributors are listed in the final pages of the book along with information including the war in which they served, how long they served, and their age upon enlistment. Their names are not included on the page with their work (it is instead signaled by number). In his introduction, Green notes that his decision to list the names of the veterans who contributed work for the end was intended to “foreground the similarities of all wars.”

One such similarity throughout the collection is that of a sudden loss of innocence. Countless veterans note the sudden shift in responsibility from their previous civilian life to their current one at war. One veteran who was only nineteen when he joined the Vietnam War remembers crying when his dad dropped him off at the Naval Air Station for his flight to boot camp. And then, stopping himself, he thinks, “My god, you’re nineteen. Get a hold of yourself. Act like a man.” The very next voice in the collection was just eighteen and newly serving in Italy on September 11, 2001. He recalls, “…just months before, I was in high school. Now I was key personnel in a war.”

Another goal of Green’s in putting together this collection is to “highlight memories that embody contradiction.” Because, as he explains, “this is the strange core of poetry and of war. The polarities of battle and boredom, dying and singing, hunger and home, rage and love, are what shape the complex memories of each veteran. One veteran, who was part of ‘Operation Enduring Freedom’ refers to this contradiction directly when he wonders, “how could such a devastating and treacherous place hold such beauty?”

“I Remember: Chicago Veterans of War” is a moving collection that simultaneously mourns the horrors of war and celebrates the indomitable spirit in each and every one of these voices. (Kim Steele)