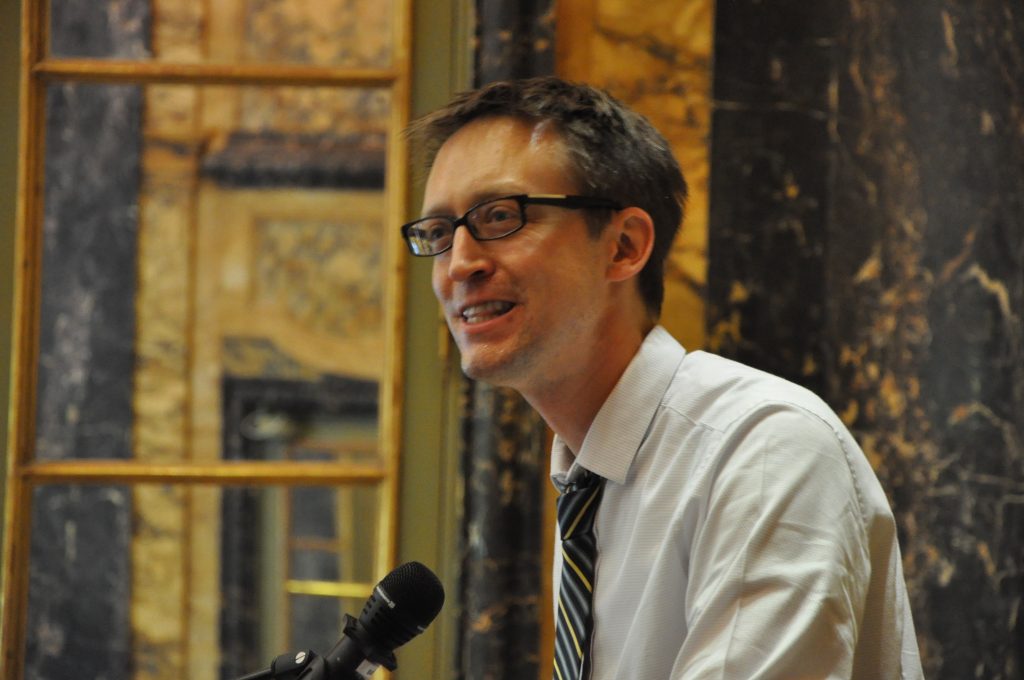 Stonewall and Harvey Milk were exceptional, but Chicago’s story better represented the nation’s path to gay power. In his first book, “Queer Clout: Chicago and the Rise of Gay Politics,” Timothy Stewart-Winter combines oral history and archival records to tell the local story of activism and politics. By email, he told me that the movement was shaped by the fear of being exposed by law enforcement, then losing your job, family or both.

I was unaware of the alliance between black civil rights activists and the gay liberation movement. Was that news to you? What was surprising?
It surprised me that black politics gave birth to gay politics, not just by offering a template, but by forging a liberal coalition that questioned the police, the machine and a business elite that favored boosterism over marginalized folks. We hear a lot about black straight homophobia and white gay racism. They both mattered, but they were never the only part of the story.

You really can’t understand Chicago without understanding the Catholic Church. And the tension between mainline Protestant black pastors, who tended to be more civil-rights-oriented, and evangelical ones who were more right-wing. Religion and faith leaders were key to both gay and antigay mobilization.

Jim Bradford of Mattachine Midwest said: “As children, we were told that the policeman was there to protect and help us. To the homosexual citizen such thoughts were pure nonsense.” How did police relations change? What work still needs to be done?
Sometimes reform makes things worse. The 1960 police-corruption scandal led to harsher policing of both black and gay life, which drove both black and gay protest by the mid-sixties. Reform helped some folks. Routine police raids on North Side gay bars declined in the 1970s partly because of revelations that vice cops were shaking down bar owners. The crime panic of the 1980s and nineties led to police militarization, in ways that hurt African Americans, regardless of their gender or sexuality. By then white gay nightlife was no longer seen as criminal.

I’m cautiously but enthusiastically optimistic that the Black Lives Matter movement could change things, in Chicago and elsewhere. We will see.

The ACT UP chant went: “History will recall/Daley did nothing at all.” What was Mayor Daley’s political legacy?
His legacy is one of incorporating some constituencies, while marginalizing others. By the end he was a hero to many gay activists, but like Bill Clinton and others, he pushed for harsher policing in the nineties in ways that devastated black communities, and we are still living with the effects.

You quote Coretta Scott King: “Homophobia is like racism.” The civil rights movement helped queer clout in politics. Does the LGBT community return the favor?
That statement epitomized how urban black politicians really kept liberalism alive as civil rights came under attack in the Reagan era. I was so impressed by the leadership of black politicians on LGBTQ and women’s rights. Before Obama, there was Anna Langford, Cliff Kelley, Harold Washington, Carol Moseley Braun and Emil Jones. It’s only since the nineties that Chicago has had gay elected officials, and not until 2003 that there are out gay aldermen. Some have backed African-American equality more than others. 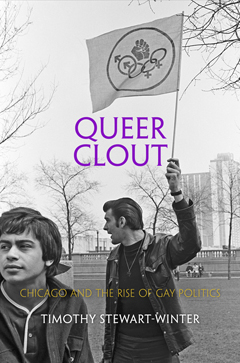 Are there any people or events that really struck a chord with you?
The last year has been very difficult, as I’ve lost three people who were critical to my research—Andrew Patner, Kit Duffy and especially Bill Kelley. Getting access to his papers was the turning point where I knew I had a real story. The challenge with gay history always centers around the fact that for so long, no one wanted to touch this issue or this movement, so until the 1970s, almost all gay activists used fake names. One of many things Bill Kelley helped me with was piecing together which real name went with which fake name in that era.

You talk about Obama’s flip-flops. You are positive about his legacy. Did your paths cross at the University of Chicago?
He spoke at my grad-school orientation! Back then he was just our state senator. At a certain point as I was writing the dissertation, suddenly everyone saw it through the lens of Obama. In fall 2008, I discovered he’d endorsed same-sex marriage, during his first campaign against Alice Palmer back in 1996 on a questionnaire. I sent it to a friend who worked for the campaign, and he wrote back, “As Harriet Tubman once said, ‘Shhh, brother, we’re almost in Canada.’” So Tracy Baim at Windy City Times didn’t break the story until just before the inauguration. He has flaws, but I’m a historian of LGBT politics, and there’s no question this administration will be recalled as the great breakthrough for us.

What’s next?
A study of the AIDS crisis in the US before 1996, and another about the 1964 Walter Jenkins scandal, where LBJ’s most trusted aide was arrested in a sting in a YMCA just before the election.