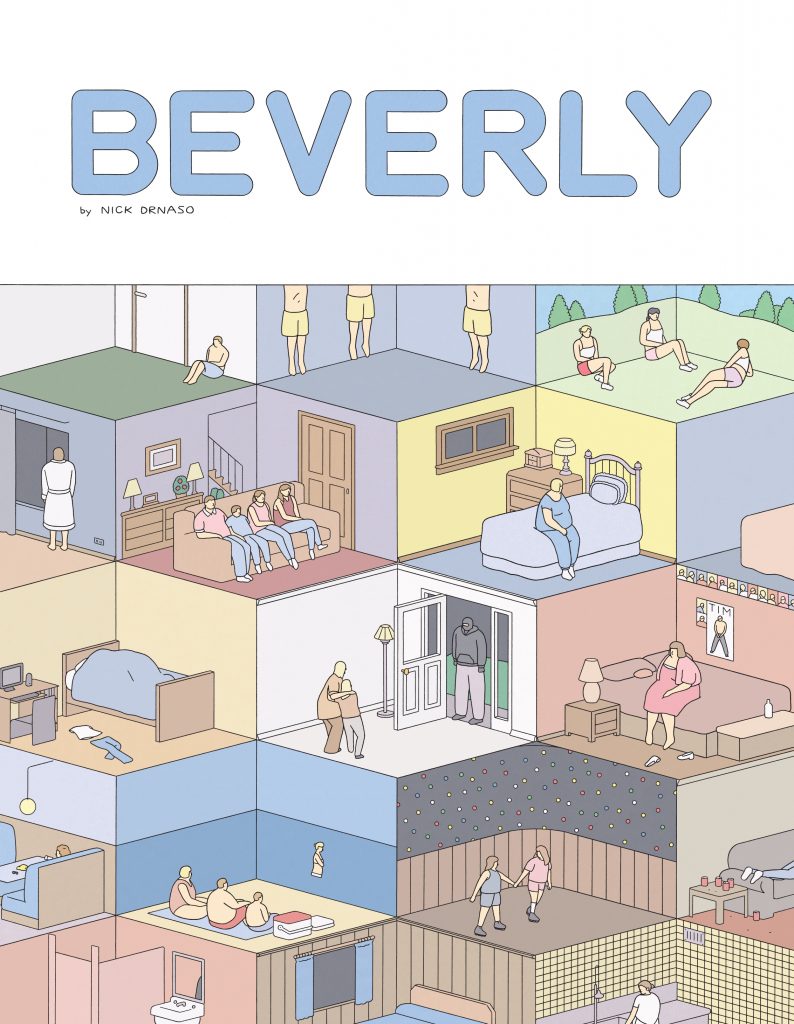 Nick Drnaso’s “Beverly” is an impressive graphic novel about the cruelty and hopelessness of suburban life. The art in Drnaso’s graphic novel is comfortingly simple. Panels are pastel-colored and made up of clean lines and simple shapes. This style contrasts dramatically with the darkness of the content, making it all the more jarring.

The stories in “Beverly” swirl around disappointment, loneliness and miscommunication. In “The Saddest Story Ever Told,” a housewife is excited for the opportunity to give feedback on a new TV show. She encourages her daughter to watch with her—it’s something they can do together—but it turns out the questions aren’t about the show, but rather the advertisements. In “Pudding,” two old friends attempt to reconnect at a house party, but the time passed proves to be insurmountable. Other stories in the collection are even more disturbing. In “Virgin Mary,” a high-school student lies about getting assaulted at the urging of her much older boyfriend. Drnaso examines the significant effect her story has on the student.

The stories in this collection intersect in a satisfying way, with characters from each story appearing in others. This circulating cast gives the book a strange and unsettling claustrophobia. Drnaso’s suburbs are insular and closed-off. And the characters, while surrounded by others, struggle to make meaningful connections.

One of the most powerful moments in “Beverly” is when the parents of a young boy shame him when catching him in an act of sexual curiosity. Despite no time passing in the story, the boy appears as a grown man. The disorientation of this moment on the page evokes his disorientation about his identity in that time of his life.

“Beverly” is an intelligent debut graphic novel from a young author from Chicago. It sticks with you after you read it, the scenes flitting through your head like an eerie dream you can’t quite wake up from. (Kim Steele)