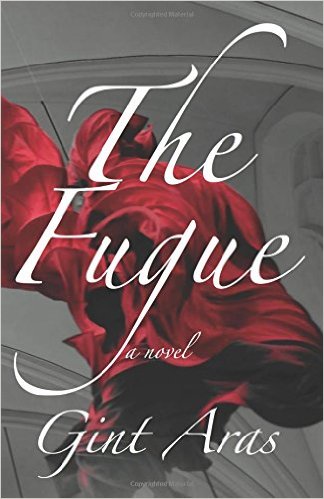 Lovers of Chicago-area literature have a new book to add to their nightstands: Gint Aras’ novel, “The Fugue, ” which has been called “an homage to the urban grit of Nelson Algren and the family sagas of Leo Tolstoy.” Aras sets his novel in Cicero, Illinois, spanning the era of World War II to 2001. He focuses on several displaced refugees and their children and keeps the reader eagerly turning pages.

Aras riffs on the fugue motif in multiple ways. The novel itself unfolds like a fugue. It opens with young Orest in hiding with his mother, grandfather and baby brother in 1940 war torn Western Ukraine. It develops with interwoven stories and voices of characters related in some way to Orest, and the novel closes with a recapitulation, a return to Orest’s story in Western Ukraine. One of the main characters suffers from “transient fugue,” the psychiatric state in which the sufferer “is really nothing more than a wandering actor—a freak who gets up and travels, takes off, especially during wartime, sometimes across countries. Develops a completely different identity, assumes a new personality, new name, new posture, new gait. Loses all memory of his original self.” The other fugue Aras braids into the novel is one that the character Lars Jorgenson composes, actually titled “The Fugue.”

Aras’ novel examines the persistent haunting of traumatic pasts, the burden of bearing dark secrets, the lightness that comes with confession, the profound desire to feel understood, and the varying degrees to which people are responsible to one another. His characters are flawed and layered and the dialogue flows seamlessly. Some of the most beautiful prose occurs when Aras describes music, art, or writes from the vantage point of Victoria whose journal entries are intensely contemplative and penetrating. A must read! (Amy Danzer)

“The Fugue”
By Gint Aras
Chicago Center for Literature and Photography, 516 pages, $17.99