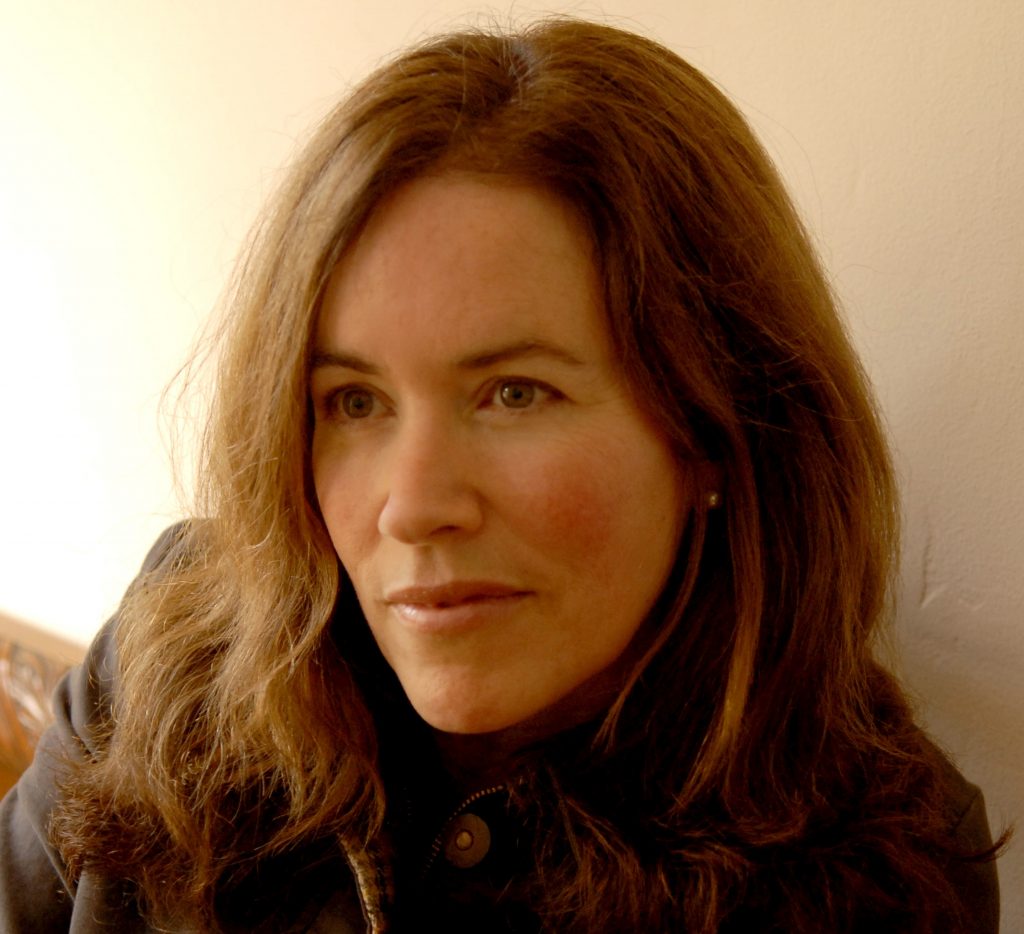 Like all fine novels, Elizabeth McKenzie’s “The Portable Veblen” is more than a story. It’s a guidebook to our own moment, pointing out both the sights of real interest and the tourist traps to avoid. McKenzie, author of “Stop That Girl” and “MacGregor Tells the World,” and editor of the Japanese poetry anthology “My Postwar Life,” mingles whimsy and satire in her tale of the courtship of Veblen Amundsen-Hovda and Paul Vreeland. The two are hippie-raised California kids trying to find connection and meaning in an absurd world.

I recently spoke to McKenzie about her life and work. The senior editor of Chicago Quarterly Review, McKenzie has deep Chicago-area roots on both sides of her family. But “The Portable Veblen” is pure California, where high-tech meets pop-psych. The time and place-heavy novel is set in gleaming Palo Alto, near where the real Thorstein Veblen—author of “The Theory of the Leisure Class,” coiner of the phrase “conspicuous consumption” and scourge of the Gilded Age one percent—had his homemade cabin. The curmudgeonly Norwegian-American philosopher (who also wrote “The Higher Learning in America: A Study in Total Depravity”) is Veblen Amundsen-Hovda’s hero as well as namesake, serving as the ethical center of the novel.


The solitude-loving, idiosyncratic Thorstein Veblen also had a more conventional house in nearby Menlo Park, California. “Where the Menlo Park house stood, that’s where Facebook headquarters are located now,” says McKenzie. “I didn’t know that when I started the novel. Learning that made me feel like I might be on to something.” That irony was one fruit of McKenzie’s extensive research. She also gained expertise about clinical testing methods and the culture of Big Pharma. The industry is embodied in the character of drug-company heiress and corporate femme fatale Cloris Hutmacher, who has a brief fling with Paul before his first encounter with Veblen, his soon-to-be fiancée.

What keeps the book moving is the rivalry between the sweetly naïve and mother-dominated Veblen, who talks to squirrels and sometimes gets oracular messages of hope and encouragement from them, and the icily enticing, power-oriented Cloris. The prize at stake is Paul, a gifted but muzzy medical researcher who longs for the status symbols that Veblen abhors. He cannot quite shake his grandiose fantasies or his petit-bourgeois conviction that not only are the rich different and better, but also that, “In a Darwinian sense, they had to be… The marriages that had led to [Cloris’] creation had been of alpha males and glorious females, and you wouldn’t find the peasant’s short calf or hunched trunk among them.”

An even larger obstacle to wedded bliss is the lovers’ crazy kin. Binding together the scions of these contrastingly damaged families is no easy task, as the protagonists do not so much fly to each others’ arms as tack cautiously toward the altar over the sandbars of personal trauma and family oddity: “No one would ever embrace her mother,” thinks Veblen despairingly when Paul remarks on her mom’s conspicuous neurosis. “No one will ever love me because of her. She was impaled on the truth of it.”

“I think of it as a comically nightmarish novel,” says McKenzie. “It’s about a character who embraces flawed people.” While McKenzie shares certain biographical details with Veblen, she declares that she identifies with everyone, including Paul, “who never felt fully valued growing up”; the historic Thorstein Veblen, “the observer conscience” of the novel; and even the squirrels, who express Veblen’s anarchist, nature-loving side and attend every key moment like a chittering Aristophanic chorus. 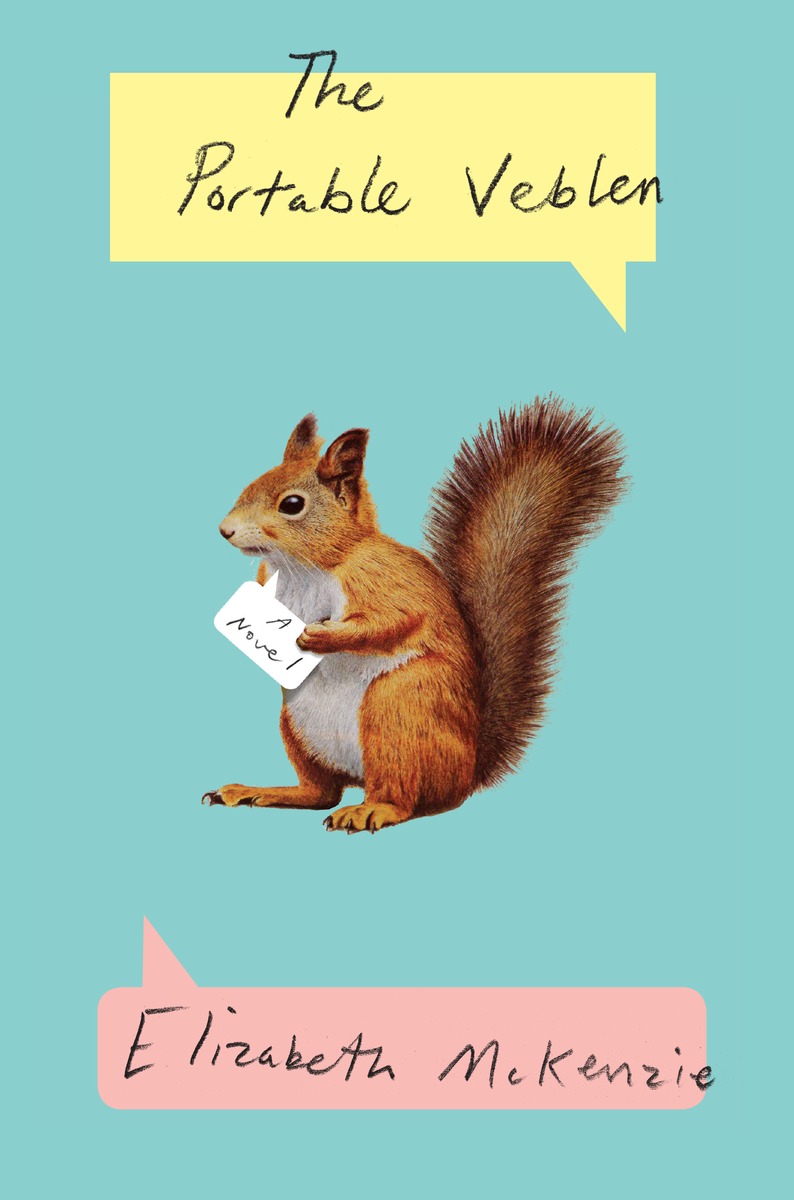 The imaginative seed of the book was a mental image of “an evil hospital called Greenslopes,” which became the VA hospital and research facility where Paul is duped by Cloris. Behind that vision was the real and awful experience of her stepfather in a drug test. “He was very sick and willing to try anything,” says McKenzie. “But he was just a filler, a number, in an experiment that could never have helped him. It hastened his end.”

McKenzie’s indignation at a system that distorts and monetizes the healing impulse is palpable in the novel, giving her the impetus to begin and the energy to continue for seven years of sometimes radical revising and rethinking. “I had things I was mad about, and writing this helped. I feel like I made fun of the bad guys,” she says.

Those bad guys include the reptilian Cloris, as well as Pentagon brass, who seek a technological and purchasable solution to the problem of combat-related brain injuries, rather than pursuing the simpler and more effective option of not invading other countries. By the end, justice is meted out with surgical and sometimes hilarious precision. But beyond the juicy revenge plot there’s an off-kilter hopefulness at work here, an attitude that seems both suited to and necessary for our off-kilter times.