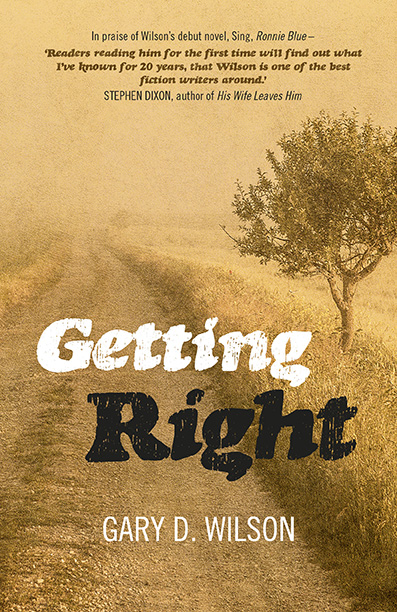 This family saga, Gary D. Wilson’s second novel, centers around three middle-aged siblings from Kansas. In “Getting Right,” the youngest, Connie, develops terminal lung cancer. She requests her unnamed middle sibling, a writer who left Kansas for Chicago and beyond, to record her life story. Ostensibly, that’s what he sets about doing, along with the life of their elder, stroke-stricken brother Len along the way, but at the heart of the novel is the narrator’s own story, of his departure from Kansas and his separation from the people he once called family.

“Getting Right” is one of those books where much of what makes it a compelling read isn’t what is being told, but rather how. Wilson’s sprawling prose is reminiscent of a novel like “All the King’s Men,” and similarly features a conversational narrator who strings us along for the ride. The charms of the narrator are undeniable, but they badly mask his core and fascinating unreliability. The language is such that the novel lacks any quoted dialogue, our narrator going quite so far as to paraphrase a letter from his sister in his own words rather than reproducing it into the text. The choice in language says as much about our character as does the content: that our narrator has a desperate need to tell his version of events above all others.

What this aside about language might reveal is the extent to which “Getting Right” is a meaty book. It’s a book that gets better to the extent that you read it closely. There are passages throughout whose deeper meaning might elude at a first glance, but gain it in relation to another passage on perhaps the other side of the book. It’s a thematically rich novel, dealing not only with ideas about death and familial abandonment, but also the craft of stories themselves. (Brendan Buck)