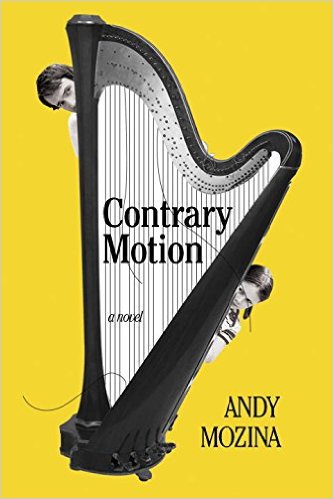 “Contrary Motion” is a novel with a perfectly metaphorical title that perfectly encapsulates the book. As defined by narrator and harpist Matt, it refers to “tricky sequences of notes that trend either up or down the scale but that involve some notes that move the opposite direction—a ‘two steps forward, one step back’ arrangement that require some acrobatic right hand fingerings.” The term reflects Matt’s complicated life, which pulls him in contradictory directions. After the sudden death of his father and decades of flailing musical ambitions that cost him his marriage, Matt prepares for a make-or-break audition for a permanent position with the St. Louis Symphony. The opportunity would satisfy him professionally, but he would have to leave his emotionally precocious six-year-old daughter Audrey in Chicago. His love life is equally compromised: a promising new relationship with Cynthia, a lawyer, flags due to his impotence, but he can’t quench his lust for ex-wife Milena. He covets her despite their mutual post-divorce relationships.

Like many first-person novels, “Contrary Motion” is a character study and Matt’s the linchpin of the book. Matt might be a talented harpist, but he’s a schlub in every other aspect of his life and the novel mines his neurotic missteps for both drama and comedy. The self-sabotaging extent to which he fuels his own cringe comedy gives him a George Costanza quality, but his failings are rooted enough in his personal desires and traumas that he never seems like an idiot. He’s well-meaning enough that he retained my sympathy. In fact, as the personal losses start piling up, I began to root for him to succeed, even when success might turn against his best interests.

“Contrary Motion” is well-plotted lit-fic. Author Andy Mozina deftly uses Matt’s incoming audition as a driving hammer: representing for our beleaguered harpist both an event as dreaded as his own funeral and his last, best shot at artistic redemption. But the smartest thing the book achieves is the final tempo swing at the end, reframing the contest in a way that reverses the reader’s feelings about it and our definitions of success and failure with it. (Brendan Buck)